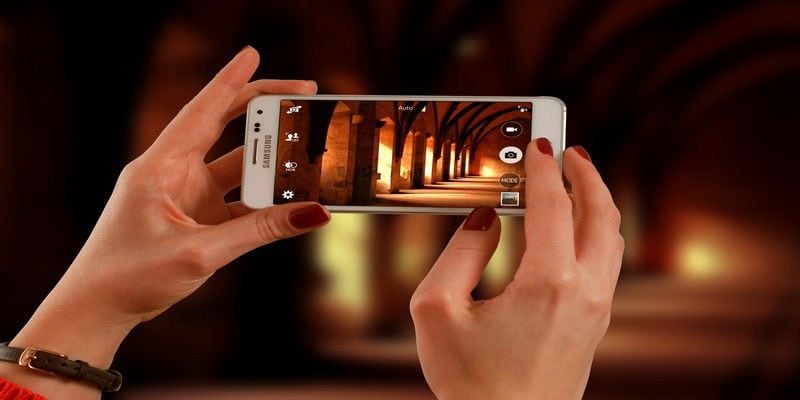 Believe it or not, there was a time when you had to wait to see how your pictures came out. You had to choose wisely as to what you were going to take a picture of. When the pictures were ready, you practically ran to pick them up to see how they came out.

Today you can easily take as many pictures as you want without having to worry about the space. But even regular digital pictures are getting a little boring, and users are looking for new thrills such as panoramic pictures. Thanks to these kinds of pictures you can see more of everything. Let’s see what panorama apps you should try.

With so much of the mobile photography world now converging on Instagram, we figured we’d acknowledge that by including an app made just for that purpose. PanoramaCrop lets you take any photo -square-shaped or otherwise – and crop a wide panorama-shaped part of it, which is then split into up to 10 side-by-side photos that your followers can view one after the other.

Ok, Instagram is kind of stretching the definition of Panorama, because technically it splits one photo into a whole bunch of them rather than presenting them as one seamless whole, but who are we to argue with Instagram’s vocabulary?

Panorama 360 is one of the most popular apps. You can take great 360-degree panoramas for free. The app has over 4 million downloads and features a large community of users that are also passionate about panoramas. Don’t worry if you’re not sure how to use the app, since it offers a short video where it shows you how to take a perfect panorama picture. 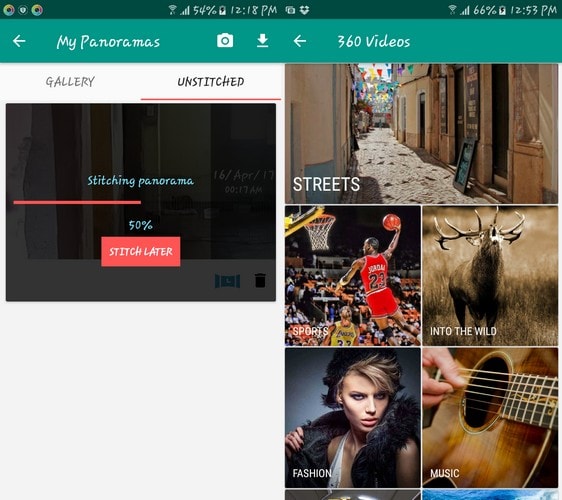 You can quickly share your photos to social networks such as Twitter, Facebook, and Tumblr. It also has a real-time panorama feed where you can see the latest panoramas taken by other users. The photospheres can either be shared or seen as a flat image or 3D. You can also use a fantastic 3D filter to spice up your pictures even more.

Another app that can help you take great panoramic pictures is Photaf Panorama. It’s impossible not to take great pics with this app since it comes with bubble level indicators that show you when you’ve moved the camera too far off. To see the entire panoramic view, you can either use your phone’s compass or the touch screen. 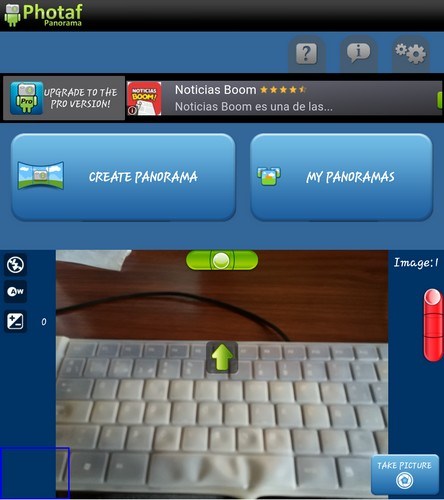 The app also has a THD version just in case you have a Tegra device. It also gives you the option to use automatic picture-taking when creating panoramic pictures. I would recommend that you use the feature since you’ll get better pictures with it. Other features you can use are geo-tagging, picture size, shutter sounds, and auto-focus.

Google has an app for just about anything these days. With Cardboard Camera you can take some amazing panoramic pictures. This app converts your smartphone into an amateur VR camera. To take your first picture, you’ll need to move the phone around in a circle like you would when taking any panoramic picture. 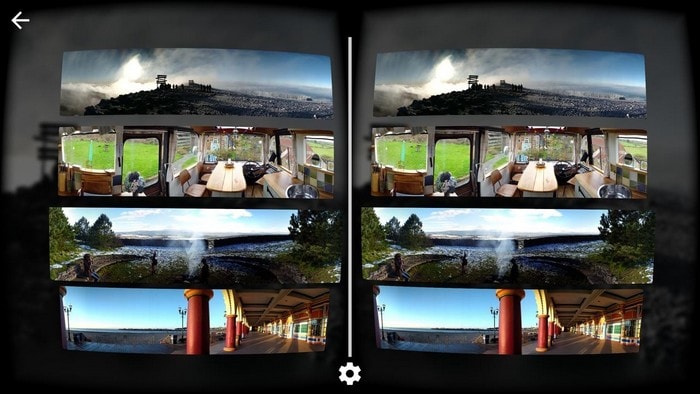 When you look at the images you’ve taken they will look three-dimensional. If you prefer, you can also capture sounds when you record. You can think of Cardboard Camera as a photosphere app that puts together photos and gives them some depth by displaying diverse views to the left and right eye. You can also use the app without the cardboard since the pictures can be handled in the phone’s gallery.

If you’re tired of taking pictures the old-fashioned way and want to move on to panoramics, these are some great apps to try. Do you take a lot of panoramic pictures? Share your thoughts in the comments.
[ad_2]