5 of the Best Virtual Reality Apps for Android 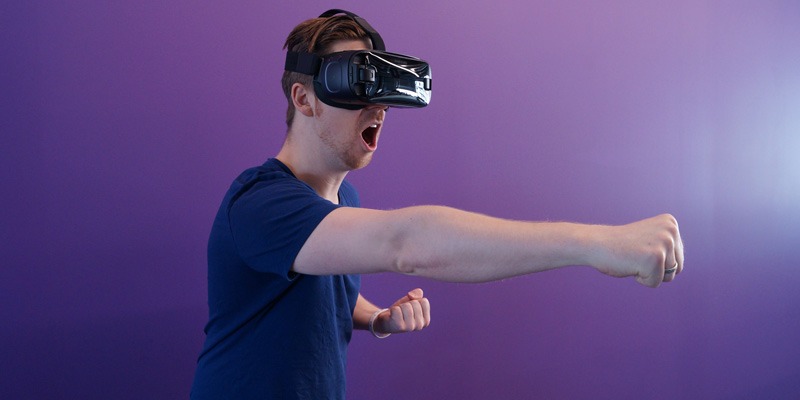 Virtual Reality is quietly on the rise, and while on major platforms like PC the price of entry is still too high for many people, on Android it’s flourishing. Headsets are relatively cheap, and there are plenty of great VR apps for you to lock around your head and zone out.

Here we’ve picked out our favorite Virtual Reality apps for Android you can take for a spin.

Something very new and very exciting for PC gamers, this app (still in development) has the ambitious goal of letting you play any of your PC games on your Android phone/VR headset. The caveat here is that you need to have a Nvidia GTX card for it to work. Considering it’s still in an early stage, the app works remarkably well, with low latency and sharp picture quality.

XR Gaming works via streaming PC games to your phone, where the app divvies the picture up into two images designed to be looked at through your Android VR headset. And you’re away! The app is still in a developmental stage, but suffice to say it has the potential to be a game-changer.

Goes without saying, doesn’t it? With YouTube VR you can turn any YouTube video into an immersive cinematic experience that fills your entire vision. Granted, most things you watch on YouTube won’t be in actual VR – just a dedicated “VR mode” designed to make it feel like every video you’re watching is in the cinema.

With that said, there is also a dedicated VR section on YouTube where you can find proper VR videos to enjoy using your headset. The collection is growing fast, so if you want to dabble with your headset, then you may as well subscribe to it!

There are quite a few rollercoaster VR apps for Android, so we’ve decided to be super-selective and pick out the very best one. And on this front, Darkness Rollercoaster VR wins hands-down. What makes it special? It’s beautiful and atmospheric, taking you through mysterious nether realms ranging from caves to Aztec-styled temples and fairytale-themed landscapes.

You can add a number of filters to spruce up the experience, and there are multiple paths to explore, adding a nice bit of longevity to the app.

In a similar vein to YouTube VR, Netflix VR doesn’t suddenly turn everything on Netflix into a fully immersive VR experience, but it does turn everything into a veritable cinema screen wrapped around your head. You can adjust the size of the screen to fill as much or as little of your vision as you like, and it essentially has an iMax-like effect on your viewing experience.

You can use Netflix VR with headsets including Samsung Gear and Google Daydream.

A feature-complete social platform all based in virtual reality. While Facebook is making its own moves in this space, on Android this is almost certainly the best iteration you’ll find. It’s compatible with both Daydream and Google Cardboard, allowing you to watch videos, read media, and interact with your friends and the rest of the world.

Fulldive VR links with YouTube videos, has its own browser, lets you take pictures in VR, and much, much more. If you’re looking for an all-in-one suite that allows you to go about most of your online activities in VR, then this is it.