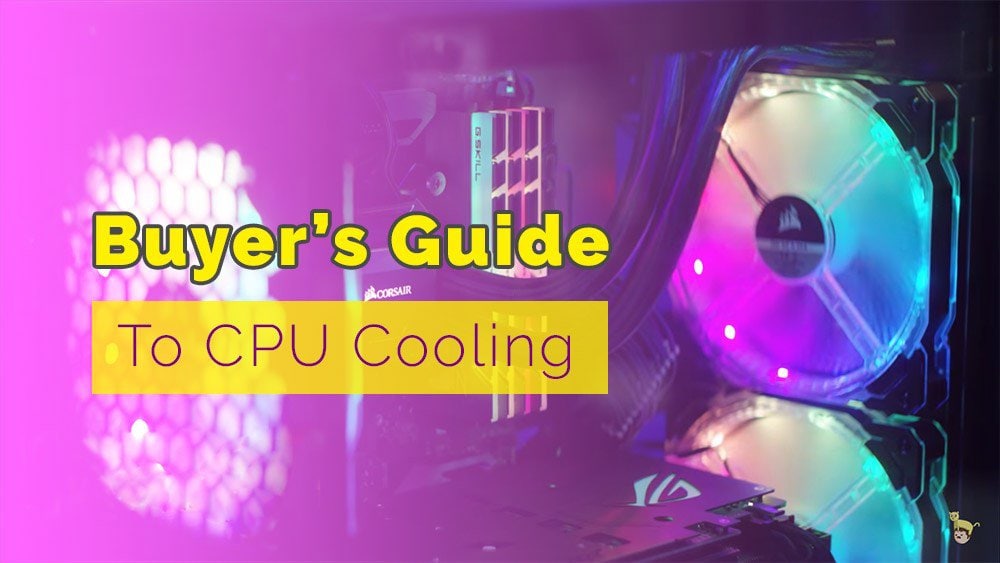 Powerful gaming PCs generate a lot of heat. This is due to powerful processors and GPUs offers extensive power necessary to run heavy games at higher frame rates. The resulting heat leads to performance degradation, because, modern CPUs throttle performance in case of excessive heat.

Why Do We Need CPU Coolers

Therefore to keep the CPUs cooler for better performance we computers require some kind of cooling mechanism. Though computers come with built-in CPU coolers are not good enough for gaming PCs especially if you are thinking about overclocking the CPUs for smoother performance.

There are two types of CPU coolers available in the market.

If you are looking to buy an Air cooling mechanism for your processor or graphics you should check out Madoffers.co.uk. They sell some amazing PC cooling equipment including different types of RGB fans to not only keep your system cool but also make it look cool.

Water Coolers: Water cooling mechanism is a little complex but I will explain it in detail for you to understand.

Basically, this cooling variant consists of up to five parts. The actual heatsink sits on the processor itself. It absorbs the heat of the CPU and forwards it to the water cycle. An expansion tank ensures that the water level within the cooler remains constant. This is very important in especially in fluctuating temperatures.

A pump ensures the transport of the water to the radiator fitted to the casing wall. Optionally, the radiator is equipped with fans to prevent heat build-up. This is always the case with gaming PCs. This CPU water cooling function is installed by many manufacturers in compact all-in-one (short: AiO) PCs.

Which One Should You Choose, AIr or Water Cooler?

This decision depends on your budget and the kind the kind of cooling you want. Water coolers are usually expensive yet have very few advantages over air cooling. Below we will talk in detail about the advantages of water cooling and its downsides.

Important Point Before You Buy a Water CPU Cooler

This CPU water cooler is a technical masterpiece. I have been using it on my PC and it felt like a blessing. Two fans flood the radiator with fresh air. In conjunction with a low-noise pump is a completely solid system which offers excellent performance. The slightly larger radiator requires two adjacent fan slots in the housing.

It rewards every gamer with optimal cooling, even with heavy overclocking. The only down side is the volume of the fans. They are very quiet but still audible at close range, which is the case with most AiO water coolers. Most gamers should not mind that.

Nevertheless, the Corsair Hydro Series H100i GTX 240mm is one of the most popular water coolers on the market, and not without reason. It convinces numerous gamers.

This CPU cooler is reasonably priced yet presents water cooling. The performance is on a par with more expensive models and the quality has been convincing users for a long time. Only the volume is slightly higher, even if the water cooler is quieter than most air coolers. It comes with four fans and still requires only two fan slots in the case.

Each side of the radiator is equipped with two fans. This results in a very good performance, but the cooling unit is therefore very thick. Especially in smaller cases, this can lead to problems. Nevertheless, the ARTIC Liquid Freezer 240 is worth a try, because with it even those who don’t want to spend a fortune on a CPU cooler can experience the benefits of water cooling.

Small casings often require water coolers with a compact radiator and only one fan. This is where the Enermax Liqmax II 120 comes in handy. It even fits into many mini-ITX casings.

The installation is a bit fiddly, otherwise buyers get a completely successful overall package here. The small radiator with only one cooler is not designed for absolute enthusiasts in the field of overclocking.

Small steps are possible, but at high temperatures, the fan likes to turn up uncomfortably. If high clock rates are important, you should rather resort to one of the aforementioned models or replace the supplied fan with a quiet and powerful model.