Techolac
Home Gadgets What to Look For In a Gaming Keyboard

What to Look For In a Gaming Keyboard 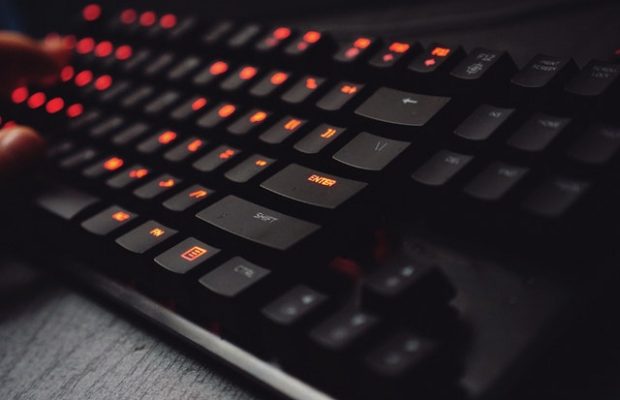 When it comes to building a gaming rig, most of us pick a decent matx motherboard, upgrade our CPU and graphics card, and call it a day. This is a partly good but largely bad approach. Partly good in a sense that graphics card, and CPU are probably the two most important components in your entire gaming computer. But it’s largely bad in a sense that you can’t really ignore other hardware peripherals when it comes to upgradation. You need a good mouse plus keyboard, decent CPU cooler, and a good thermal paste too. Without covering all of your bases, you’re destined for something bad.

But you don’t need to fret over it because in this post, we’ll discuss how you can pick you a good-quality gaming keyboard for yourself. So, without further ado, let’s start. When choosing a gaming keyboard, it is important to consider many factors: membrane or mechanical keyboards, which manufacturer to choose, and many other factors. You can check the detailed review on how to choose the best gaming keyboard.

First thing you need to check here is the build quality. PC gamers aren’t well-known for managing their accessories well. That’s why you need a keyboard that can endure some serious pounding from your hands.

In order to make them sturdy, some manufacturers put the metal back-plate in their premium keyboards. In other not-so-expensive keyboards, plastic material ABS is used. Although not a good alternative for metal, ABS plastic can prove tough and is oil-resistant too.

So, what’s the difference between these two types of keyboards?

In simple terms, a membrane keyboard has two plastic membranes under your keys. On the other hand, mechanical keyboards come with a separate key-switch under each of its keys. This is the reason why mechanical keyboards feel good when you use ’em, and consequently they’re more expensive.

In our opinion, you should choose a mechanical keyboard for gaming.
Another thing worth mentioning here is that mechanical keyboards come with different types of switches, such as Cherry Blue, Cherry Black, and Cherry Greens etc. Each of these switches have its own characteristics but our favorite are the Cherry MX Blue because they provide good tactile feedback.

Some keyboard-manufacturers give you complete customization through a software that comes with their keyboards. It means you can remap each and every key on these keyboards.You can also save a sequence of keystrokes and assign it to a particular key. This sequence is called a macro.

These macros can certainly give you a competitive edge while gaming. Some keyboards come with a set of extra keys, so that these keys can be used to assign macros in future.

Apart from this, you can save different gaming profiles and each of these profiles would have a unique preset for each game.

Although normal backlighting is present in almost every gaming keyboard nowadays, there are some little differences.

Some keyboards offer single-color RGB backlighting with some brightness adjustment, and nothing else. On the other hand, some keyboards come with full per-key backlighting that lets you customize backlighting for each of its key. They also offer some cool RGB effects such as color-shifting, wave pattern etc.

Wired keyboards connect with your PC through a USB port. Although they come with rather long USB cables, there’s certainly a limit about how freely you can move.

Despite that, most of the gamers prefer wired keyboards over their wireless counterparts (the one which connect without any cord). Here are some of the possible reason why is it so.

Anti-ghosting
Ghosting is a phenomenon where, when you press a lot of keys simultaneously, one or more keystrokes fail to register. This can result in some serious consequences in a competitive environment.

This is why you should have a keyboard with anti-ghosting capabilities. Some manufacturers go over the top and make keyboards that can handle 15-20 keystrokes at a time.

This is just ridiculous in my opinion. Nobody with 2 hands gonna use that many buttons simultaneously. That being said, the gaming keyboard you’re going to buy, should support at least 5 simultaneous keystrokes.

Polling rate
Polling rate is the measurement of a gaming keyboard responsiveness. It’s the rate of time taken by a keyboard to register your keystrokes as input to your PC in one second.

How to choose a waterproof Bluetooth speaker?

Summer is coming, and although it will be a different year, everyone is looking forward to sharing outdoor experiences. For this, one of the...
Read more
Gadgets

Getting an Ipad Data Plan for Your iPad

Buying a suitable graphics card can be a difficult task for those who are not so good in technicalities of computer hardware. You will...
Read more