Techolac
HomeGamesRelease Date, Gameplay, Everything You Need to Know
Games

Release Date, Gameplay, Everything You Need to Know 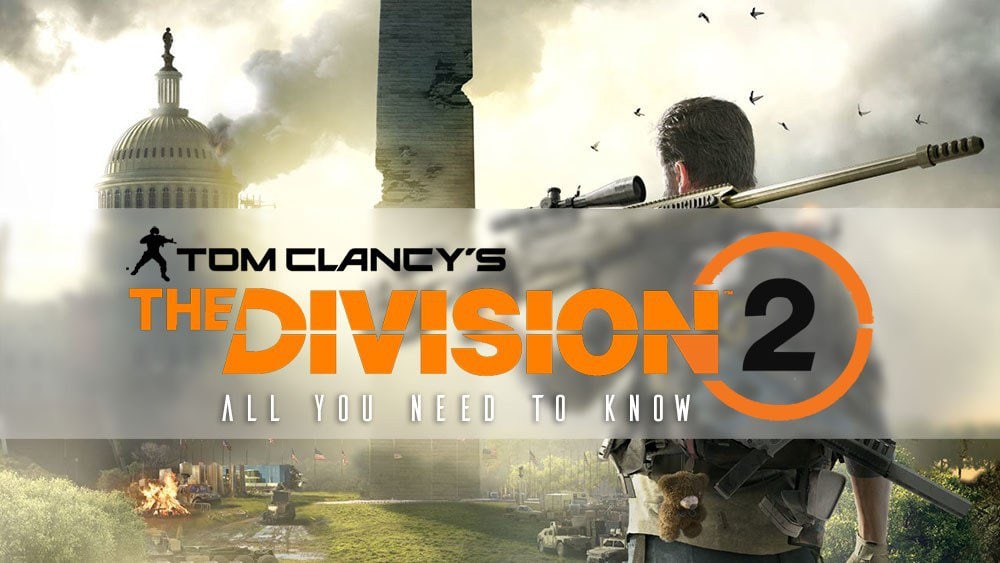 Massive Entertainment has now extensively presented The Division 2 at Ubisoft’s E3 2018. We have collected all information about the co-op shooter for you. The Game is a sequel to The Division and can be played as a single player or in Co-op mode with up to three players.

The Division 2 has been in development for over two years. The work began in 2016 about a week after the release of The Division. Meanwhile, just under 1,000 developers are working on the game.

Release date: The Division 2 now has a specific release date. The game will be available from March 15, 2019, for PS4 and Xbox One. There will be a beta before: So you can sign up for the beta.

Not much is known about the story yet. All we know is that the game story plays seven months after its predecessor. In addition, the setting changes. The Division 2 no longer plays in New York, Manhattan, but a little further south along the US East Coast in Washington, DC

The goal here is to stop the enemy factions that have conquered the Capitol and restore order. There will be at least one new faction called “The True Sons,” a group of military warlords led by a former JTF officer.

The change of location also brings with it a change of climate. The Division 2 plays in the hottest day of December, so there’s warm weather, sunshine, and much more vegetation, which adds to the visual variety.

In the new trailer of the E3 was a horse and a deer to see. Apparently, there are finally animals (aside from the dogs) in The Division 2, which should liven up the game world even more.

The Division 2 is to offer a “content-rich” campaign which might mean that the game will be heavily story-driven with loads of cinematics.

The Division 2: weapons and skills

The Division 2 brings along some weapons and skills that existed in its predecessor, including, for example, a castable gun. But there are also some innovations.

First look at the new skills: The Sticky Bomb seems to have been modified and now shoots a kind of poison gas that can be exploded by shots (the teammates). Or maybe it’s a completely new skill. In addition, there are drones.

In Gameplay The Division 2 remains true to its roots, but there are also some new features.

No more bullet sponges: Normal opponents take fewer hits. But there are again thick-armored enemies, which can be shot down by first shooting down their armor plates the weak spots and then shooting those spots.

Upgradable Settlements: If we capture certain points, civilians and other NPCs settle down. These achievements can be upgraded with accumulated resources.

The Division 2 will also provide a dark zone, in which you can dust Loot, but you have to deal again with PvE and PvP opponents

The Dark Zone should be fairly balanced, Massive has already collected a lot of experience and feedback from the players with the first part. But there is no more information yet.

Once you have completed the campaign and reached the maximum level, the endgame begins. Then you can opt for a specialization using which you can further customize your style of play. The following specializations will be available:

In addition, Ubisoft has confirmed raids for the first time. These are intended for up to eight players and represent the toughest challenge in the endgame. Raids are likely to give The Division 2 a new, exciting facet.

Why choose to outsource game development?