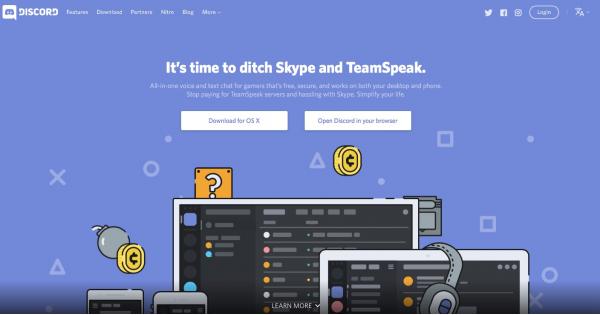 Discord, if you’re unaware, is currently one of the most popular chat platforms among the gaming community. It is really intuitive and has been adopted by gamers across the globe, thanks to its robust and customizable nature. If you’ve ever got your hands on Discord bots and set up your own server, you already know that it’s highly customizable. The best part being that you can add bots to enhance the functionalities of your server. You can install this on your gaming laptop. They can both help you better manage your server while bringing fun add-on features in tow. So, we’ve compiled a list of 11 useful Best Discord bots that will enhance your server:

In this article, u can find out the best 11 Discord Bots to enhance your server.

If you’re looking to add a multipurpose bot to your Discord server, GAwesome is a perfect choice and once of the best discord bot. It’s a highly customizable and powerful bot, which is not just perfectly good at moderation the chats but also brings a ton of fun features to increase user activity on your server. It can kick, ban or award member ranks but can also be used to conduct polls, giveaways, generate sick memes, and much more. 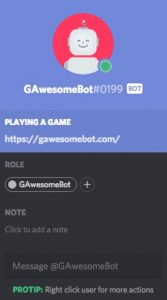 The highlight of this bot will, however, have to be the fact that it features a robust extension system. This means you can ask GAwesome Bot to show results from Google, Wikipedia, YouTube or even Reddit. You even have the option to organize your own in-chat custom RSS feeds.

Tatsumaki is an extremely capable Discord bot, which many online game streamers swear by. It extends you a ton of commands for moderation, setting welcome messages, notifications, and several other features. It is not just restricted to Discord but allows you to change the bot’s settings from a dedicated dashboard. It also allows you to search the web, stay up to date with an RSS feed and more right within Discord. 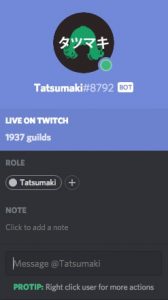 The most notable feature of Tatsumaki is its much talked about incentive system, which pushes users on servers to be more active by letting them earn XP and Levels. Tatsumaki is the best bot for discord, Your standing in a Discord server is shown in the form of a visually pleasing card, which pushes you to interact with users more often. You can use real money to customize the appearance of your cards.

Add Tatsumaki to your Discord server

If you’ve just set up your Discord server, Dyno should most likely be the very first bot you install on the same to upgrade its capabilities. It’s a feature-rich bot that gives you total control over its features using a dedicated dashboard, including auto moderation with Mod log, timed mutes and bans. It has also been updated to detect mass-mention or raid spam in your community chats. 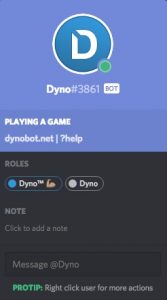 Dyno is also useful for airing custom announcements, especially when someone joins, leaves or is banned from the server. Dyno Bot once of the best discord bot in the list. It can assign roles to users and post AFK statuses on your behalf. However, what I like even more is the fact that it comes with Cleverbot integration and can be used to post Overwatch stats, Google results but most importantly stream music from YouTube.

Add Dyno to your server

Well, who doesn’t memes that make you chuckle and roll on the floor (not literally)? If you are one of those users then the MeMezBot will certainly be of much interest to you. It’s simply the best bot to share some quality “dank” memes with your Discord community. And if that doesn’t interest you, it can even post poor quality memes as well. MeMezBot most papular discord bot. 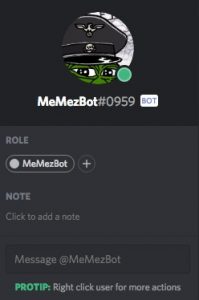 This meme bot brings some of the most popular memes, i.e cute cats, doggo, Pepe the frog and several other commands to spice up your conversation. You can even call upon MeMezBot to tell a story about your mama, someone’s life or share random sounds in the voice channel.

Add MeMezBot to your server

This is one of my favorite bots and I’ve been using this on my Discord server for quite a while. It is a full-fledged package that lays emphasis on chat, productivity, GIFs, and fun – which is also quite essential in our life. However, the highlight of the bot is not it’s funky antics but the ability to play XHD (extra HD), Hi-Fi music. Zandercraft best discord bot. Yes, if you are a music junkie then it’s the perfect tool for your server. 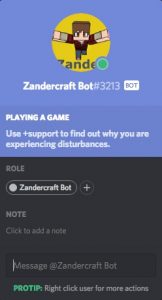 I’ve had Zandercraft connected to the voice channel on my server forever. Now, whenever I need to listen to some tunes, I just type in the command ‘+music’ <play/pause> to start or pause playing the music. You can use the +request <song name> to add just about any song to Zandercraft’s playlist. It pulls the music from Soundcloud and YouTube.

The name of this Discord bot, GameStats, says it all. You can simply use this bot to set up a profile of your gaming aliases and share all of your stats with friends. It can also help you see your stats from a wide variety of games, including PUBG, Rust, Rainbow Six: Seige, Paragon, World of Worships, Xbox Live and many others. 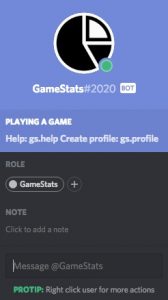 The commands for GameStats are a little bit different discord bot, so it might take some time getting used to. You can create a profile by typing in “.gs profile’ and add a game account by typing ‘.gs add uplay’. And if you want to check what all accounts are supported by this bot, then type in .gs accounts, that’s it.

Add GameStats to your Discord server

As the developers themselves put it, the Typical Bot is an ironically-named bot that’s actually quite powerful and easy to use. Very best discord bot it provides you the necessary tools that you can use for moderation, where it can soft-ban, kick, ban or announce either of these on a server. It also provides you several fun features and mini-games, along with music, which can be streamed via YouTube. 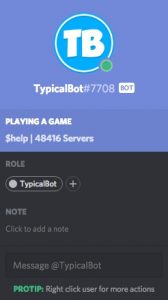 And it’s not like anyone on the server can start playing music. You have complete control over its permissions, i.e admin, DJ and can also queue or skip the songs. It can serve you swoon-worthy cat or dog pictures, random jokes, and important information such as the ServerID, ChannelID and more as well.

Add Typical Bot to your server

While Discord is prominently used for voice chats and discussions post the game, you can add the TriviaBot to have endless fun times with the community. It’s a multiplayer trivia game, which holds over 3,000 questions and 24 categories to test your knowledge. The categories range from film, television, and manga to sports, nature, and science. 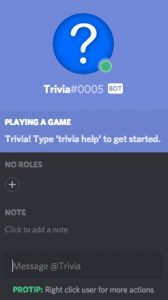 This is a very simplistic and best discord bot, with just three commands. You can type out ‘trivia help’ to check out all these commands, ‘trivia start’ to start playing the game, and ‘trivia categories’ to pick the topic for the questions. I’ve been busy playing (and losing!) this brain-racking game to my friends, but it’s fun to learn something new.

Add TriviaBot to your Discord server

As the name suggests, this Discord bot enables you to play the popular RuneScape game right on your server. It might sound surprising that how can one play a fantasy MMORPG game inside a messaging client, but it’s actually possible. RuneInfo provides a set of 113 commands to play the game with your friends. Many people are now using RuneInfo and its one of the best discord bot. 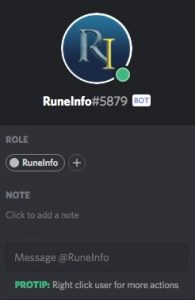 In addition to RS3 and OSRS (Old School RuneScape) commands, you also get 9/9 Nemi forest and GE additions tracker, the Portables locations, and comprehensive price commands. It shows the developers of this bot have ported the complete game and made it accessible to you via simple commands. So, go ahead and enjoy!

Add RuneInfo to your server

My final recommendation is for team players, gamers who play titles like DOTA 2, PUBG or even World of Warcraft. The GuildedBot can be invited to Discord to help a team recruit new players, improve abilities and complete mission together. You can manage all your team’s activities via Guilded’s dashboard, which is them synced and accessible via the Discord bot in your server. 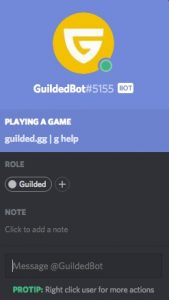 You can use this Discord bot to post updates and further enhance your server team with advanced recruiting, scheduling, and discussion tools. GuildedBot supports CS: GO, Overwatch, WoW, League of Legends, Dota 2, PUBG, Destiny, Minecraft, Call of Duty, Heroes of the Storm, FFXIV, and more.

Add GuildedBot to your server

Even though it’s sitting on the bottom rung, this is one of the most interesting Discord bots of the bunch. Serum bot, once configured, enables you to give voice commands to control your server, acting like your personal Siri. It’s not too robust in features, but offers you all the basic voice assistance right at your fingertips. 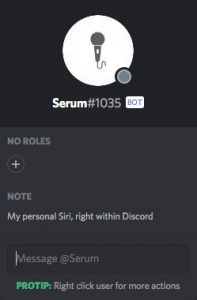 This bot’s highlight is that you would no longer be required to minimize your games to type out commands into your Discord servers. You can now simply say ‘Hey Serum’ followed by the command and the bot will act upon it. This simplifies all your interactions with friends or a community, without having to hop between windows.

The only reason Serum Bot is currently sitting in the bonus section is because it’s offline at the moment. You cannot use it to interact with a voice assistant in Discord.

Handy tips to let you fast level in WoW TBC!

How to create a mobile game