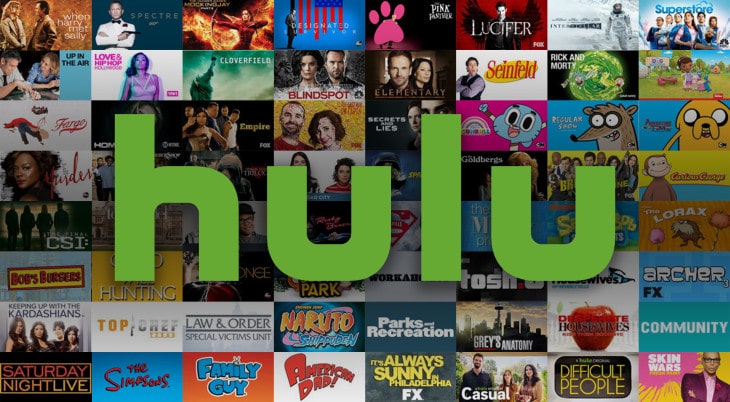 A year after Hulu launched its live-streaming pay-TV service, the biggest changes to the programming lineup have been on the local front.

Hulu with Live TV now provides 51 national cable channels and 593 local TV affiliates — all while maintaining the same $39.99 per month launch price (for now). The full lineups of national networks and locals on Hulu with Live TV are listed below.

In addition, regional sports networks from Comcast, NBC Sports and Fox Sports are available in many areas, as is NBCU’s New England regional news network NECN. Plus, Hulu customers have the option to add Showtime ($8.99/month), HBO (currently $4.99/month for 6 months, then $14.99/month) and Cinemax ($9.99/month). The Hulu with Live TV subscription also includes full access to the original and licensed VOD content, including the streamer’s breakout hit “The Handmaid’s Tale.”

The 593 total local affiliates now on Hulu’s live service (as of April 26) is an almost three-fold increase in the last eight months, up from about 200 in August 2017. According to Hulu, 51% of TV households in the U.S. now have access to ABC, CBS, Fox, and NBC local stations. It also distributes 15 local affiliates of Spanish-language Telemundo broadcaster, which is owned by NBCU, and 12 MyNetworkTV affiliates (including WWOR in New York and KCOP in L.A.).

Meanwhile, even as Hulu has been bulking up on local TV, it still doesn’t offer channels from several big programming groups, including AMC Networks, Viacom, and Starz. It also excludes legacy Discovery channels but does have channels from Scripps Networks Interactive (which is now part of Discovery) like Food Network and HGTV.

Hulu hasn’t disclosed how many subscribers it has for the over-the-top live TV package. The company said it ended 2017 with more than 17 million paying subs, which includes both live TV and standalone subscription VOD (which starts at $7.99 per month). Hulu’s live TV service has been gaining traction as cord-cutters and other consumers seek cheaper and more flexible alternatives to traditional cable and satellite packages. Other players in the “virtual pay-TV” sector include YouTube TV, AT&T’s DirecTV Now, Dish’s Sling TV, Sony’s PlayStation Vue, and FuboTV.

Here are the national cable networks currently in Hulu with Live TV:

Here is the full list of local TV stations available in Hulu with Live TV:

Hulu with Live TV is notably lacking in add-on channels. You can subscribe to three premium movie channels at fairly standard prices—HBO, Cinemax, and Showtime—but you won’t be able to add NFL RedZone or NFL Network, for example, or more niche options, like horror streaming service Shudder.

Hulu has an add-on package targeting Spanish-speaking and bilingual families. For just $4.99 per month, You can add CNN en Español, Discovery en Español, Discovery Familia, ESPN Desportes, NBC Universo, History en Español. That’s a great deal, especially considering how much international sports you can watch, and it sets the service up nicely to compete with like-minded offerings from Sling TV, FuboTV, and DirecTV Now.

Hulu with Live TV can be streamed using any of the following devices, and there’s no limit to the number of devices you can connect to your account: Roku, Apple TV,Google Chromecast, Amazon Fire Stick and Fire TV, Xbox One, Xbox 360, Nintendo Switch, and iOS and Android devices.

However, it’s worth noting, with a basic Hulu with Live TV subscription, you can only stream on two devices at a time. For $14.99 per month, you can unlock unlimited screens in your home and three on mobile. If you’re planning on sharing the account, it’s practically essential. If you add unlimited screens, you can tack on 200 hours of enhanced cloud DVR (and the ability to fast-forward through all recorded content) for just $5 more per month; otherwise, the cloud DVR feature costs $14.99 per month.