Introduction – Often you need to read a file line-by-line and process data. It is a pretty common task for Linux and Unix sysadmin shell scripts. You need to use a bash while loop and the read command.

The syntax is as follows to read filenames from a text file:

Read filenames from a text file using bash while loop

Let us create a new file named input.txt with the filename on each line using the cat command or vim command:
cat > input.txt
Append data:

Related: How To Create Files in Linux From a Bash Shell Prompt

Here is a sample bash shell script to read a file line-by-line:

Simple run it as follows:
./script.sh 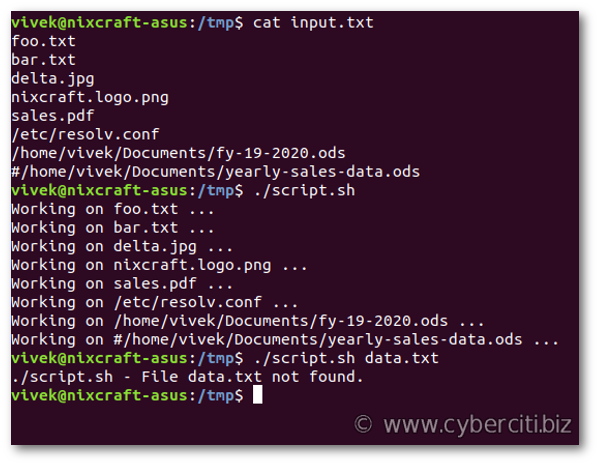 It is also possible to ignore filenames starting with #

Here is an updated version of the script:

You learned how to read a list of filenames from a file in bash and take action on them.