How to delete a UFW firewall rule on Ubuntu, Debian Linux 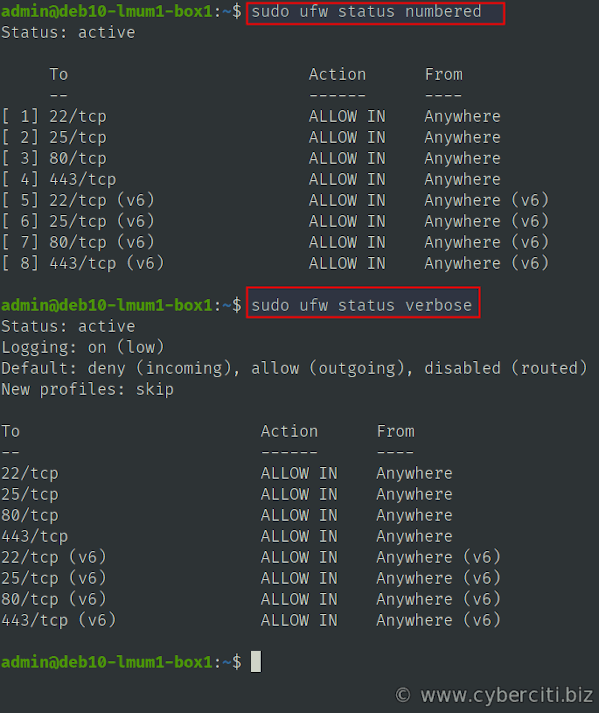 How do I remove and delete a UFW firewall rule running on Ubuntu or Debian Linux?

UFW is an acronym for an uncomplicated firewall. Securing a network with the uncomplicated firewall is super easy. The Ubuntu Linux comes with packet filtering called Netfilter. The iptables frontend command used to manage netfilter. However, ufw provides easy to use front-end for netfilter, and it is one of the most popular among Ubuntu and Debian Linux sysadmins and developers. This page shows how to remove a UFW firewall rule.

Let us see all examples in details.

Warning: Be careful working with firewalls; take care not to lock yourself out of ssh session when deleting rules.

How to delete a UFW firewall rule

Now you know how to list rules. It is time to delete rules. There are two methotds to delete UFW rules.

First list the rules along with line number:
sudo ufw status numbered
Sample outputs shows list of all my UFW rules and their numbers in first column: 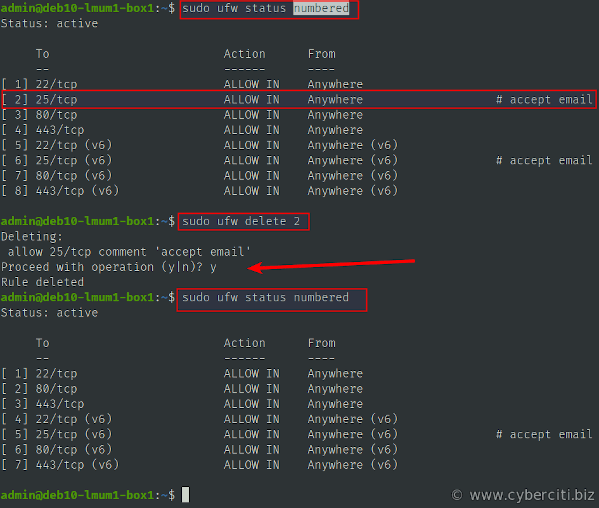 How do I disable ufw?

How do I reset ufw?

This page demonstrated various ways to list and remove UFW firewall rules using the command line. Make sure you read ufw man page here and see our other pages below.