How to Install Glances to Monitor Linux Systems 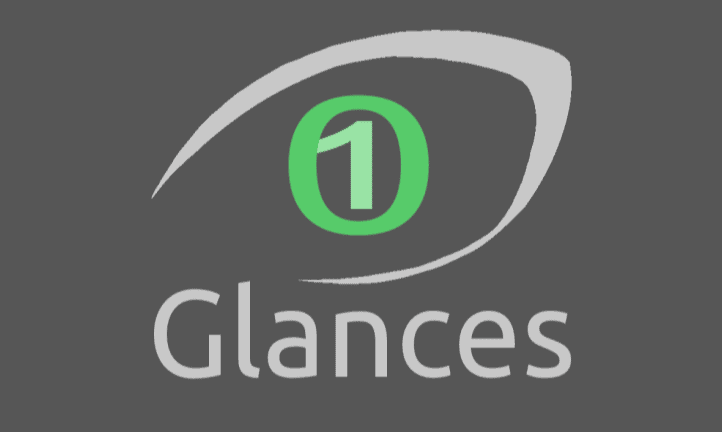 Monitoring a system is essential for keeping things running smoothly. Glances is a Python-based tool which provides information on several aspects of the system, like operating processes, I/O, memory and so forth. It may display the information on a terminal and also has a web interface which can be obtained from any device. In addition, you may use it to track a remote system via its API or its various ports. In the following article, we will see how to set up and utilize Glances to track local in addition to remote systems.

Glances provide installation scripts for Linux system. You can use one of the following methods to install Glances on your system.

If Glances is not available under package manager for your operating system, Use following installation script provided by Glances official team.

After installing Glances you can use this tool in 3 modes.

After installation completed, You will get glances command available on your system. You can run glances in standalone mode using command line access. This will show all the details in current terminal. Let’s watch the output of glances command: 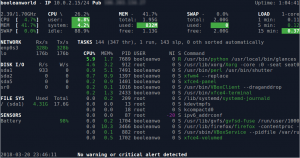 Now, open a browser and type http://<server-ip>:61208 where <server-ip> is the public IP address/hostname of the server. You should be able to see the stats displayed in a similar format as shown in the terminal. You can even access the page with a mobile browser since the page displayed is responsive.

To change the refresh rate of the page to a faster or slower value than the default rate, just append the date at the end of the URL. For example, if you want the values to refresh after every 5 seconds, then the URL will be http://<server-ip>:61208/5.

After start Glances in server mode on each Linux system. Go to your client system and connect to Glances system with IP address. Use the following command to access Glances on the client. Change 192.168.10.100 with remote system IP. Also, make sure to open Glances port on remote system.

This will show you the resource utilization of the remote system.

Glances allows you to configure its behavior through a glances.conf configuration file. For Linux systems, you can save this file either in ~/.config/glances or the /etc/glances directory. If either of these directories are not present in your system, you must create them manually.

The coloring scheme of glances is explained above. Now, if you want to trigger the warnings at some custom values rather than the default values, each section must be stated explicitly in the glances.conf file. For example, if you want to specify some custom alert values for CPU usage, then you can specify the values under the [cpu] section as follows.

Usually, it's not advised to run a GUI (Graphical User Interface) on a server system.  Operation on any server should be done on the...
Read more