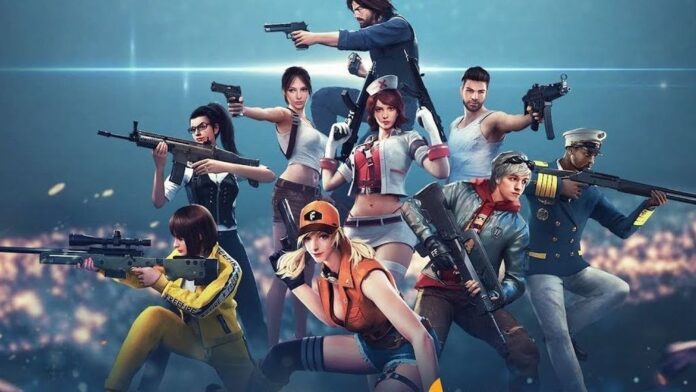 In addition to the MOBA game that is on the rise, the survival battle royale game is also loved by gamers in the world. One of them thanks to the explosion of the game Unknown’s Battlegrounds (PUBG) which even had time to defeat DOTA 2.

Not only played on the PC platform, now you can play this popular game on an Android smartphone.

You can play the rows of Android survival battle royale below yourself, together and even the squad that you form.

Of course with the touchscreen display, making the gameplay and control of some of the games below become increasingly interesting.

Free Fire – Battlegrounds is a game that you can try on the Android platform. With more than 10 million downloads, this game developed by Garena International is certainly worthy of entering your smartphone game list.

Free Fire MOD APK offers gameplay to survive on an island along with 50 other players. Within 10 minutes, you must be the last to survive in this game.

Rules of Survival is arguably the strongest rival of Free Fire in the game genre for survival. The difference is, in this game you are faced with more players with 120 survivors that you must kill in a game.

Interestingly, this game developed by NetEase Games also has a PC version that you can play for free just like playing PUBG. Exciting for sure!

NetEase Games is not just developing Rules of Survival, but there are also Knives Out that will offer a different experience. Here you will face 100 survivors to survive and become champions.

A unique feature that is brought in the game Knives Out is the existence of drones that allow you to hide and spy on enemies from a distance guys.

This game developer is the champion in creating a survival battle royale game like PUBG. Not enough with Rules of Survival and Knives Out, you can also try Survivor Royale with differences in some aspects of gameplay.

In addition to dealing with 100 survivors on an island, there is also a Global Arena model that will divide players into 50vs50 mode where between countries can compete with each other here.

If you get bored with only survival games, you can also try Last Day on Earth: Survival which offers more challenging gameplay. Here you are not only dealing with survivors.

Game developed by Kefir! this requires you to live amid a zombie siege. Build weapons and shelter to survive in the surrounding environment.

Just a quick look at the icon, will remind you of the game PlayerUnknown’s Battlegrounds. But the game Grand Battle Royale: Pixel War will offer a different experience with pixel maps and characters similar to Minecraft.

In this game developed by GameSpire you will be in a city destroyed by various scattered weapons, ranging from assault rifle, pixel gun, submachine gun or shotgun.

Next Last Battleground: Survival will provide a battle royale experience with 40 survivors who will challenge you on an island. Just like other similar games, you must collect weapons and equipment.

Not only that, in this survival battle royale game you are required to stay in a safe zone to be able to keep competing. Be the last to be the champion.

Now that’s 7 free and best survival battle royale survival games on Android that you must play. Do you have other exciting game recommendations? Let’s not hesitate to share your recommendations in the comments column below guys!