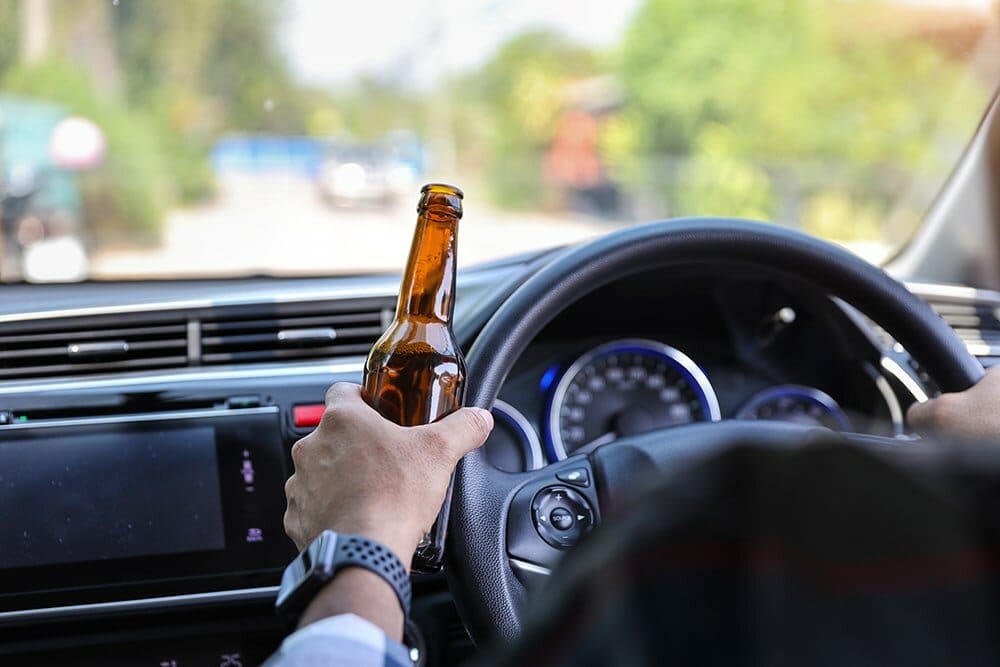 The negative impact and harm experienced by victims of drunk driving all across the United States are staggering. Every single day, 30 people are killed because of crashes related to drunk driving.

Financial damages because of people driving under the influence costs over $44 billion a year.

Thousands of other people suffer from having to deal with a permanent criminal record after their DUI conviction.

In this article, we’re going to break down these drunk driving states even further by going state-by-state.

Let’s get into it:

Five States With The Most DUI Arrests & Drunk Driving

If you ask the average person which state is the biggest culprit for drunk driving, they may guess Alabama or Mississippi.

The reality is that the northern-central region of the United States is the clear winner when it comes to drunk driving in the United States. South Dakota, Wyoming and North Dakota have the highest DUI arrest rates in the country.

The Top Five States With The Most Drunk Drivers:

States With The Least Drunk Drivers

States in the Midwest and in the Northeast have the best scores when it comes to drunk driving arrests.

Here are the top four states with the lowest amount of drunk drivers:

Five States With The Most Deaths From DUI

Texas and Montana had an extremely high rate of alcohol-based deaths from traffic accidents.  The rate deaths in Texas was at 40% while Montana was the highest in the nation at 43%

The South was the region that was most deadly for drunk driving deaths with seven of the twelve highest DUI deaths rates. The seven states that ranked in the top 12 were Mississippi, Texas, North Carolina, Arkansas, South Carolina, Louisiana, and Alabama.

Kentucky and West Virginia had the lowest-rated traffic deaths related to DUI at only 19%.   New Hampshire saw the biggest increase last year at 77.80. 17 states saw an increase in DUI deaths while 33 states across the country saw a decrease.

Five States With The Most Severe DUI Punishments

Arizona, Georgia, Alaska, Kansas, and Oklahoma have the tough laws on the books when it comes to punishing drunk driving. In Arizona, a driver faces 24 hours to 6 months in jail depending on the case. There is a license suspension for DUI convictions that range from 90 days to 370 days with a fine of up to $2,500.

In Georgia, a driver who gets busted for the first time is given at least ten days in jail. Driving privileges can be suspended for up to 360 days.  There is a fine for this conviction of $1,000.

In Alaska, a conviction for a first offense DUI will result in at least 72 hours in mail, a massive fine of $1,500 and a suspension the driver’s license for at least 90 days along with an ignition interlock device being installed.

The 11 States Without Open Container Laws

Delaware, Missouri, Connecticut, West Virginia, Arkansas, Mississippi, Alaska, Wyoming, Virginia, Tennessee, and Louisiana do not have laws that meet the federal requirements regarding open containers of alcohol in a vehicle.

39 states and Washington DC have laws on their books that prohibit open containers of alcohol in a vehicle.

Only in Mississippi is it legal to drive while drinking, as long as you are not over the legal limit for Blood Alcohol Content.

The other ten states will not stop you from driving with an open container of alcohol in your car’s cup holder as long as you have not been driving while driving.

The Advocates for Highway and Auto Safety believes all states should have open container laws to help prevent fatalities and accidents.

This organization also issued a report that lays out 14 additional laws that could be created for safety on public highways and roads. This list mentions things such as banning text messages for all drivers, using ignition interlock devices for anyone who is convicted for drunk driving and mandatory seatbelt use for people in the front and back seats of automobiles.

Do You Believe Tesla is the Car of the Future? Here’s 4 Reasons Why

Who is more important for you – Driver or Passenger?

Showroom Condition – How To Clean Your Car Like A Pro