Home Automotive What are the best fleet safety and tracking upgrades?

Companies that rely on vehicles to conduct their regular business are always at risk. Cars can crash, get stolen, get misused, or even break down at almost any time, and the smaller the company, the more devastating the loss can be. However, as a company starts to build up a supply of vehicles, it becomes increasingly difficult to manage them all without the right tools. Thankfully, there are some upgrades and attachments that can make your life so much easier:

A fleet camera, or truck camera, is a camera that’s usually mounted to the inside of a vehicle. They can either be facing the driver or pointed out of the windscreen, but the general idea is the same – they’re supposed to keep track of the driver, and what happens to the vehicle they’re driving. This can be useful for two primary reasons: to stop the driver from misbehaving during their work hours, and for providing evidence if there’s a crash that wasn’t the driver’s fault.

Some of these fleet camera systems will have some minor AI technology that can automatically alert a specific computer in the event of a crash. For example, you might have a workstation at your company office that keeps track of each vehicle. If one crashes or rams into something, a warning will be sent to that computer, letting you choose to review the footage taken just before and after the impact.

Being able to properly coach drivers is another benefit of these tracking tools, allowing you to give drivers immediate feedback or tell them what they might have missed in certain situations. For example, if a brand-new driver is getting lost in specific streets, you can give them advice on how to get back on the main road or tell them if they’re going in the right direction.

These driver coaching methods also cut down on the need to include a coach into every vehicle. Instead of having to fit two people into a truck, you can have one person keeping track of all drivers from a remote location. They only have to get involved if a situation comes up, leaving them free to handle other work most of the time.

Another significant addition to any vehicle fleet is the ability for vehicles to identify each other. This can be used for navigation and avoidance (for example, making sure that two large trucks aren’t going to block each other into an area), but it can also have a range of different uses that aren’t as obvious. Some systems even allow trucks to ‘link-up’ using a partially-automatic driving system, locking them to a certain speed so that they can form a safe convoy.

Of course, the tracking itself is always one of the biggest draws, even if it seems like the simplest. Being able to know precisely where each of your vehicles had gone at any moment can help you avoid all kinds of problems, ranging from thefts to breakdowns. A single computer can track dozens of trucks if needed, and it’s almost impossible for the average vehicle thief or misbehaving driver to disable the system entirely.

As an added benefit, you can use a tracking tool to make sure that your drivers are being efficient and aren’t taking longer routes than they need to. This could either be used for driver coaching (by telling them that there’s a shorter route if they aren’t familiar with the area) or discipline (if they take a longer way specifically to do something personal during their working hours). Knowing the routes that your drivers are taking makes it much easier to understand how effectively they’re carrying out their jobs, which can be especially important for deliveries with multiple stops.

Even a basic truck camera (either as a standalone tool or part of a greater fleet camera system) can lead to some significant benefits when it comes to fleet safety and driver coaching. Whatever fleet vehicle camera solution or AI technology system you pick, you’ll always end up with benefits, since there are almost no downsides to having a proper tracking and monitoring system for your company’s vehicles. 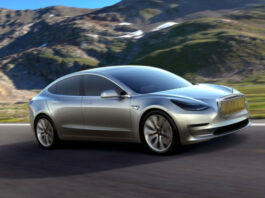 Do You Believe Tesla is the Car of the Future? Here’s... 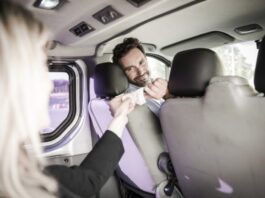 Who is more important for you – Driver or Passenger? 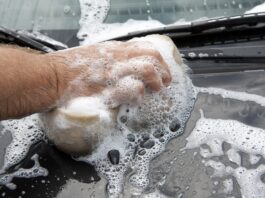 Showroom Condition – How To Clean Your Car Like A Pro