Beyond Ransomware: 3 Types of Cyber Attacks Businesses Should Watch Out For 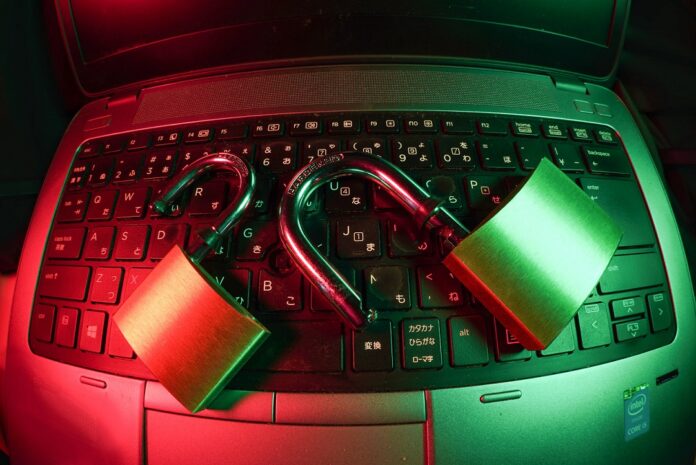 Cybercrimes and cyber attacks continue to increase. Cybercriminals do not discriminate now. They target large and small enterprises. Small businesses are more vulnerable because their lack of resources and awareness of cybersecurity compound them.

Aside from the frequency, the severity and risk of cyber-attacks have grown, and people worldwide have witnessed the crimes related to cryptojacking, flaws in microchips, and numerous data breaches. Attackers are getting smarter as technology advances. People become more reliant on digital media but pay less attention to cybersecurity.

Not a day passes without hearing or reading about cybercrimes, including IoT-based attacks, phishing, or ransomware. But from 2019, the level of cybersecurity threats has increased enormously as organizations face more threats than ever. Moreover, security experts predict that the threats will be thematic in disruption, distortion, and deterioration.

Cybersecurity means staying ahead of cyber threats instead of trying to manage them later. However, many small business owners still believe that they cannot be targets of cybercriminals because of their size. Typically they rely on a standard firewall and an antivirus program for their network protection. With that said, most of them do not conduct cybersecurity training for their employees.

Right now, cybercriminals are on a grand offensive mode, fielding a range of security threats. Some are more popular than others because of the ease of execution. However, the risk is getting higher because hacking gangs consider their hacking work as a business, so there’s massive competition. Others are perpetrating cyber crimes because of personal rivalry, extortion purposes, cyber warfare, and cyber vandalism. So what should business owners look out for presently?

Businesses right now should be very wary of email phishing attacks, which are the most common, according to the FBI 2020 Internet Crime Report. In 2019, the number of phishing complaints was 114,702. But, alarmingly, in 2020, phishing attacks shot up to more than double, at 241,342. One of the reasons for this is the lack of awareness regarding cybersecurity, making many people and companies vulnerable.

It is almost unthinkable for an organization not to have a website. Modern sites allow the capture, processing, transmission, and storage of sensitive and critical data. In addition, various applications, such as content management systems, shopping carts, product request forms, support forms, login pages, and webmail, allow businesses to communicate with customers and prospects. Since these web applications are already a part of the communication infrastructure of any organization, the sharing of information becomes routine, and any weakness in the system can be the portal cybercriminals need to launch an attack.

One of the most potent threats on the internet today is distributed denial-of-service (DDoS). For those who are not familiar with this type of cyber attack, it means the hackers try to make a server or website unavailable by overwhelming the system with a high volume of traffic, effectively choking the system. Because the server is overwhelmed with traffic, it will not be accessible, preventing transactions of any kind, unless the service has a DDoS protection solution in place.

Effects of cyber threats on businesses

Undoubtedly, the failure of an organization to protect itself from cyber-attacks can cost millions. In addition, as more businesses store their customers’ and their data online, their vulnerability to cybercriminals increases. As a result, it prompts organizations to increase their budget for cybersecurity, which will ultimately affect consumers through higher prices of products and services.

Companies lose billions due to cybercrime. For example, when a company’s IT services have downtime, the cost can vary from $300,000 to $1,000,000 each hour. Thus, you can surmise how devastating it is for a company or organization if their web services become unavailable even for a few minutes.

Aside from ransomware, distributed denial-of-service is the most potent among the batch of cybercrimes businesses have to watch out for this year. There have been some very significant DDoS attacks that cost companies billions of dollars.

The most significant DDoS attack in 2020 was the attack on Amazon Web Services (AWS). It happened in February 2020. The AWS customer was not identified. Hackers used the Connectionless Lightweight Directory Access Protocol (CLDAP) Reflection service as an attack vector. The technique uses the vulnerability of third-party CLDAP servers, amplifying the amount of data sent to the victim’s IP address by up to 70 times.

The attack continued for three days, peaking at 2.3 TB per second. The disruption to the victim’s operations was not as severe as expected. What is more significant about the attack on an AWS customer was the scale of the attack and the resulting revenue losses and damage to the brand.

This attack surpassed the DDoS attack on GitHub on February 28, 2018, that involved 1.35 terabits per second of traffic. The attack caused GitHub to go offline for ten minutes.

More significant DDoS attacks occurred in 2020, but the attack on AWS is one of the largest publicly disclosed attacks.

In January 2019, Imperva reported that one of its clients suffered a SYN DDoS attack that flooded its site with 500 million PPS. According to Imperva, the attackers used two tools that were written by different individuals but were later combined for a more intensive attack. Imperva also reported another client faced a DDoS attack in April 2019 but was able to thwart the attack with DDoS protection services, assuring that their operation will not be interrupted.

Your enterprise should have a robust and flexible cybersecurity strategy. The most crucial step is to have a high-level cybersecurity platform from a trusted third-party provider. Cyber threats will always be present, and you cannot protect your organization by focusing on a single threat. Therefore, it is essential to remain vigilant and follow security protocols.

As a reminder, the standard protocols include:

Moreover, every staff member should use stronger passwords. Organizations should monitor the use of computer and network systems, get cybersecurity insurance, and conduct regular cybersecurity training. Hence, employees are aware of the threats and their role to keep all company data secure.

The range of threats to any organization is enormous. Your best defense is to understand the different threats plaguing various business sectors today, employing a comprehensive set of security tools, conducting security awareness training, and being proactive.

What Are Your Options for Selling a House With Code Violations?