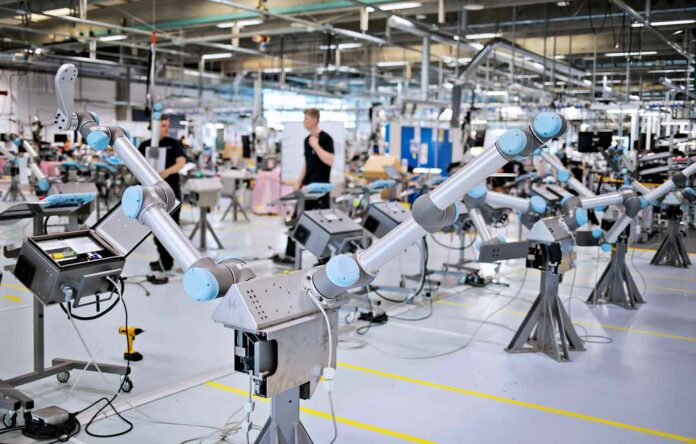 Automation of CNC machines by collaborative robots improves its performance and enhances it in many ways.

CNC machines are built for specific tasks. You will find a single factory with different processes with more than one CNC machine. You can have milling, drilling, or a lathing CNC machine. The CNC machine can only carry out that particular process.

The cobot could tend another CNC machine, check the quality of the CNC machine product or even pick and place it elsewhere. Making production fast and efficient.

Collaboration With Other CNC Machines

A single collaborative robot can easily handle 3 or 4 CNC machines. It can load them, each at its own time, and even unload them when their processes are complete. When unloaded, the cobot can check the quality of their products. It can also pick and place the products where they need to go and start the process again. 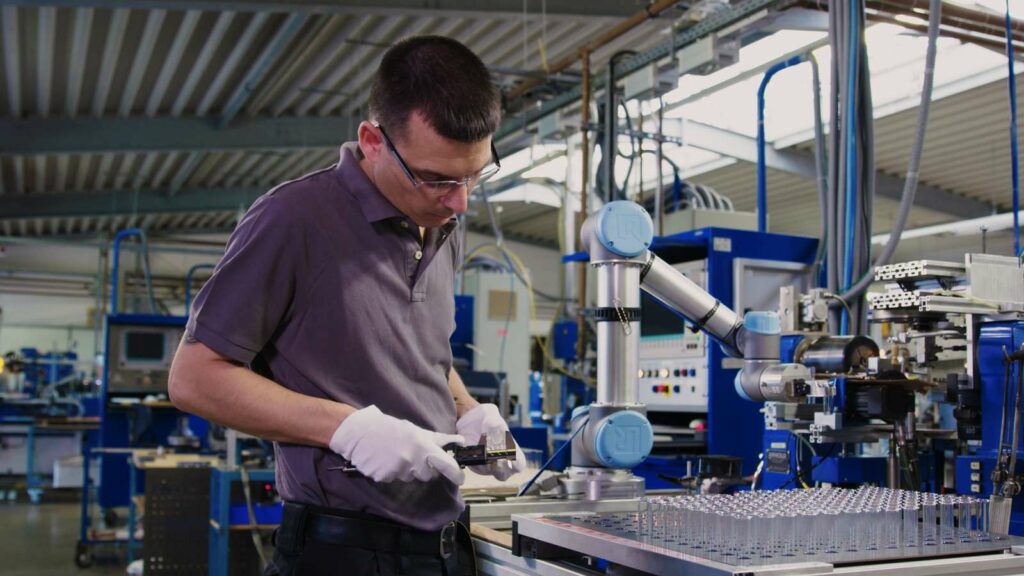 This makes it possible for the CNC machines to work together rather than waiting for each other. Thus improving the production capacity of the factory and the capability of the machines.

With the introduction of collaborative robots to tend to the CNC machine, the machine becomes safer to use. Robots cannot get injured by other machines. The programming of robots also ensures that the likelihood of an accident between the two machines is eliminated.

The programming of both machines ensures that their collaboration is smooth and that accidents between the two are unlikely to happen. With the elimination of human interaction, the factory and the CNC machine are now safer for any human employees.

CNC machines are workhorses. In many factories that don’t have automation, CNC machines have tenders who run them in shifts. This ensures that they keep working for as long as possible to enhance production.

Unlike human workers, robots are mechanical. They can work for as long as they are programmed to. Coupling a cobot with a CNC machine thus has the same effect on the machine.

The factory no longer needs people working in shifts to keep the CNC machine productive. A cobot will tend to it effectively. It will load and offload it, change its tooling if need be, and even supervise the quality of its product without the need to stop its functioning.

Cannabidiol is big business. Since the federal government reclassified the Cannabis extract, thousands of businesses across the country have capitalized on the substance’s medicinal...
Read more
Business

When a potential client reaches out to your law firm – what do you do? How you react within the first 30 seconds will...
Read more
Business

Are you planning to establish a law firm, or do you already own a law firm but want to improve it? There are many...
Read more