News about Blockchain and its Impact on the Investment Sector! However, reports show that 35% of banking executives consider Blockchain crucial for transforming the Banking organisation digitally.

Blockchain technology is also revolutionising capital market & other industries and the reason for this is because it brings trust to all parties involved in a transaction through integrating multilayered redundancies.

As more companies start using Blockchain technology, lets see how it impacts on the investment sector!

Blockchain Basics – What is a blockchain?

If you are new to the idea of blockchain technology, this introduction will first briefly explain what blockchain is.

Blockchain technology was invented to provide public assurance that transactions are valid. The validity is ensured through consensus mechanisms implemented by members of the burgeoning peer-to-peer network called “miners.”

These miners both validate each transaction and create additional transaction records, or “blocks,” which are stacked together to form a chain of information called a “blockchain.” This chain of blocks includes all previous transactions so that everyone on the same system can have the same understanding of validation.

What are the types of blockchain implementations?

Public Blockchains – Anybody can participate in this system by purchasing cryptocurrency from an exchange and become a miner.

Private Blockchains – Only authorised individuals can participate, usually organisations with whom the data has been given to.

Consortium Blockchains- Uses a consortium of organisations for validation transactions or authority.

Blockchain is the decentralised ledger that is gaining more momentum as time goes on. This technology has started with cryptocurrency but its uses are steadily widening with every passing day.

The possibilities of this technology are endless, which can be seen through its current impacts on society. Foods, stay with hotels, real estate agencies, financial markets, crowdfunding sites are all displaying signs of blockchain technology implementation in their respective businesses.

Blockchain has the potential to revolutionise various sectors including investment sector within the upcoming years.

Do these changes have a significant enough impact to radically change how I invest my savings, borrow money or buy stocks?

Decentralisation is the key factor here. The technology’s potential to change aspects of banking and credit automation makes it an attractive investment to those comparing current investments.

There is less friction with transfers between currencies, making it easier for investors to liquidate their portfolios. Without needing to rely on the use of a third party, accounts are encrypted and secure, which is particularly important with growing reliance on digital systems.

Resistance against tampering helps rebalance power between buyers and sellers. Banks are discussing how blockchain could be used in financial products including loans, accounts or payment services by using blockchain records as an indication of creditworthiness.

Blockchain will also allow transactions to be executed even if there’s no internet connection . Blockchain has transformed how many people do business now-a-days!

Blockchain has its Impact Today is Even More!

The blockchain is hailed for disrupting the way financial transactions are done, enabling people to make cross-border payments with little or no fees. This article looks at Blockchain potential to change how people store monetary value, property rights and other aspects of daily life.

When it comes to financial markets, the blockchain has the potential to be an incredibly effective tool for optimising capital market infrastructure and growth funding. There are many transactional scenarios for investing in Ripple that use the power of blockchain technology. These include escrow, match making server and remittance.

See also  A Must-Have Features For An E-Commerce Website

Remittance has often been used as an example of how remittances works where money transfers between banks becomes quicker through Ripple’s P2P work algorithm. Is this future? Is this the death knell of SWIFT? How quickly could this technology grow all over Wall Street?

Ripple is an example of how quick technological improvement has effects well beyond the traditional remit of the company. It shows just how swift changes can happen when your company forefronts innovation as its driving force.

Investment funds have been created which do not have a limited lifetime and have a low risk. This is made possible by digital tokens, also known as cryptocurrencies, which are blockchain-based assets representing an investable security or equivalent rights to a physical object.

The ownership of a digital token transaction is governed by the decentralised authority of the blockchain network and it has no central managing entity. Transfers of this currencies between consenting parties are not subject to; alterations, distinction or analyzation because this transaction does not need to be processed centrally due to its peer-to-peer online architecture. Furthermore, these transactions do not incur banking fees because they circumvent traditional financial institutions. 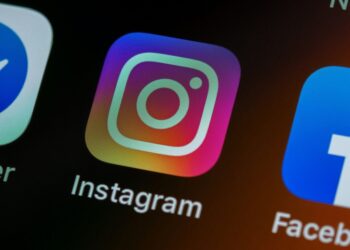 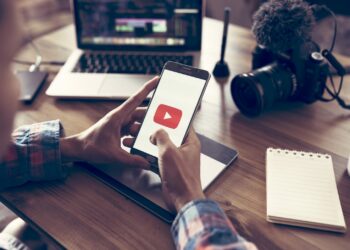