Techolac
HomeComputers3 (working!) ways to get Windows 10 for free or cheap
Computers 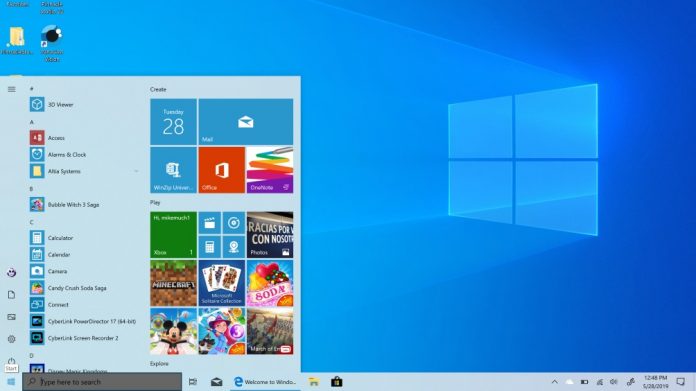 Windows is unchangeably the most popular OS in the world. And since Windows 7 has officially stopped being supported and updated by Microsoft, the users had to move on to a newer version, often looking for a way to get the Windows 10 key cheap or for free. We present you with some of the options that actually work.

First of all – how much does the Windows 10 key cost anyway?

If you’re looking for a cheaper price, you first need to know how high the number can actually go, and what is the suggested (by manufacturers) retail price. That will allow you to be completely sure about which offers look legit, which ones are definitely too high and someone makes a lot of profit on them, but also what is way too low to be real and not a scam.

At the moment, Windows 10 Home goes for around $139. If you decided to go for the more advanced version, the Windows 10 Pro product key would cost you $199. You can’t really say that this price is cheap, and it certainly shouldn’t go any higher. Be also mindful of the fact that this is only one Windows 10 key working only for one device. So from this point you can and should go only lower while looking to buy Windows 10 product key.

Students, as it should be, can count on many advantages while on their educational journey. One of them is discounts. Microsoft is one of many companies that offer students products for a bit cheaper than they would be otherwise. The version available with a student discount is the Windows 10 Education. What’s important, it doesn’t differ from the Windows 10 Enterprise version almost at all and is definitely enough for any average, day-to-day users. There’s no need to pay more for the functions most of us use.

All you need to do is have a proof of being a student and deliver it through the OnTheHub service, to get Windows 10 activation key if not for free, then at least with a very nice discount. However, note that not all schools and universities are a part of that program, or their students or faculties don’t get a discount for every product. If you don’t want to use OnTheHub, Microsoft also offers 10% student discounts for its products, which come with Windows 10 already installed on them. However, what to do, if you’re not qualified to get the student discount?

Upgrade to Windows 10 from an older, legit version of the software

If your laptop or PC runs on a genuine, older version of Windows, like 7 or 8.1, it’s probable that you can just upgrade the system to the newer version without even needing to look for the Windows 10 key cheap, as with this method you might be able to just get it for free. Why only “might”? This free upgrade was a part of Microsoft’s promoting action, that isn’t being advertised anymore, but there are still cases in which it works perfectly for some users. The whole thing is so easy to do, it’s hard to even call it a trick to be honest.

All it takes is simply downloading Windows 10 to a device that already has an older, genuine version of the software. And it being genuine is the key here! Otherwise it won’t work at all, as there’s no way of upgrading systems that are not from a legal source. After the Windows 10 Media Creation tool window appears, you can either decide to upgrade the device you’ve downloaded it on, or choose the option of creating installation media for another device (in a form of IOS file, USB flash drive, DVD). Find your Windows 7 or 8.1 product key before you start the process of upgrading. Although it’s not probable, do it just in case you need it. The upgrade will basically give you a digital license, connected to your Microsoft account.

If you can buy a pair of nice sneakers or a bag second hand, why not do it with operational systems or devices that already have the version of the system you want installed on them. Thanks to eBay or Craigslist you can catch some really great deals, but just like you would do while hunting for that designer watch, while looking for second hand product keys, also proceed with caution. You probably wouldn’t want to buy and wear a watch that was stolen, so why would you want to use an operational system that was obtained by someone and then sold to you in an illegal way.

Some of the Windows 10 keys you may see there came from volume licensing and then illegal reselling for an easy, low cost profit, for someone who has an access to those free or cheap sources of Windows keys. By reselling them they are breaking the licence agreement and even though Windows isn’t really policing it in any way, there is a risk that if you buy the key from an illegal source (it doesn’t matter if knowingly or not), your Windows might be deactivated and it would happen without any notice.