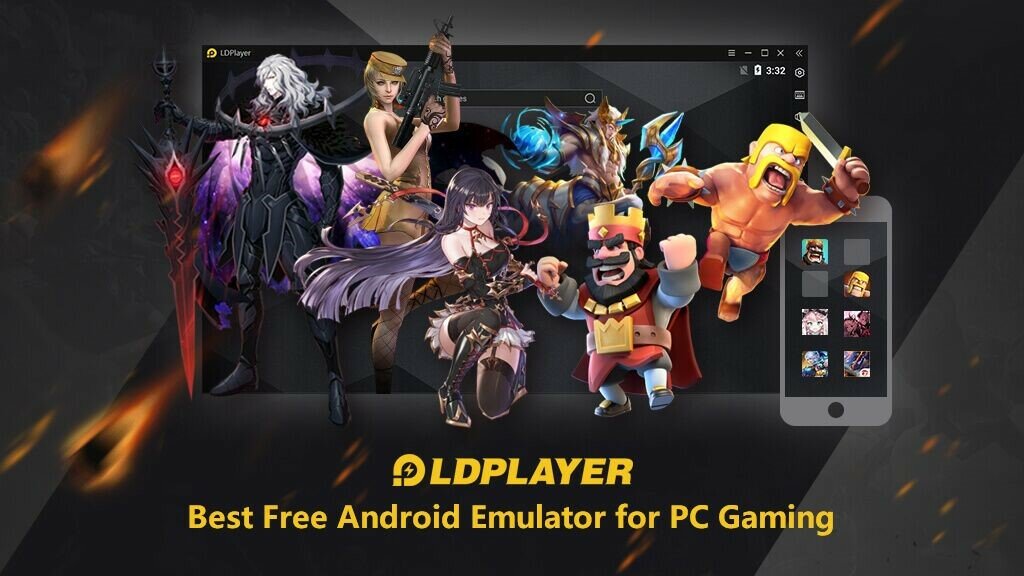 Most of Android users are using Windows 10 powered computers and they are in need of running Android OS on Windows. It requires Android emulators to emulates the Android operating system.

You’ll find everything just like Android when using an Android emulator. In this way, you can install Android apps or investigate Android development that normally your computers can’t do. Also, if you’re new to Android, you could experience the latest version with the help of emulators. Whatever the reasons are, it’s beneficial to have an Android emulator on your Window PC.

What’ re the best Android emulators for Windows 10?

There are a number of options for you to choose a powerful Android emulator and quite a lot of them are free. In this post, we’ve picked out the most stable and the best Android emulators for Windows 10.

LDPlayer is a free＆best Android emulator for Windows 10. It is also compatible to Windows XP XP3 / Win7 / Win8 / Win8.1 / Win10. For Windows 10 users, LDPlayer can give out the best performance. It supports a wide range of compatibility in running high-performance, high-graphic mobile games on PC. You will make full use of your Virtualization Technology on your Windows 10 to power up LDPlayer.

It’s free to download and committed to protect users’ privacy and computers. Also, running on Android 5,1,1 and 7,1,2, it virtualizes the full Android experience. LDPlayer is fairly good for playing mobile games but also great for other purposes.

LDPlayer is simple software that you’ll do good with this emulator. You could easily familiarize yourself with functions with the newbie tutorial inside the software.

How to use LDPlayer to run on Android apps on Windows?

The installation will be done within several minutes. Before using this emulator, it could be better that you open VT for boosting your Android performance, which the software will guide you to finish it.

Google is built into LDPlayer which provides numerous Android apps for you. You could quickly install Android apps with this emulator. Also, there is LDStore, it provides mobile games and top lists for you to find hot games

On the left of the home screen, there are tools like keyboard mapping, operation and video recorder, APK installer, etc. Two tools should they be mentioned are that keyboard mapping and APK installer. For mobile gamers, the former allows you to create your keyboard mapping for your convenience. And the latter gives you options to install APK files from your computers.

BlueStacks, founded for 9 years, rank the first for its super performance all the time. It’s the best all-round Android emulator that provides all kinds of services. It’s pretty a good choice for mobile gamers.

For its latest version – BlueStacks 4, there is a shooting mode that improves your aim and reaction time with the keyboard, mouse. Also, MOBA Mode allows you to move your hero freely or cast different skills with your mouse and keyboard.

It dedicates to mobile gaming but can’t go well with productivity apps. Besides, for those who process underpowered PC, you’d better not use this one. 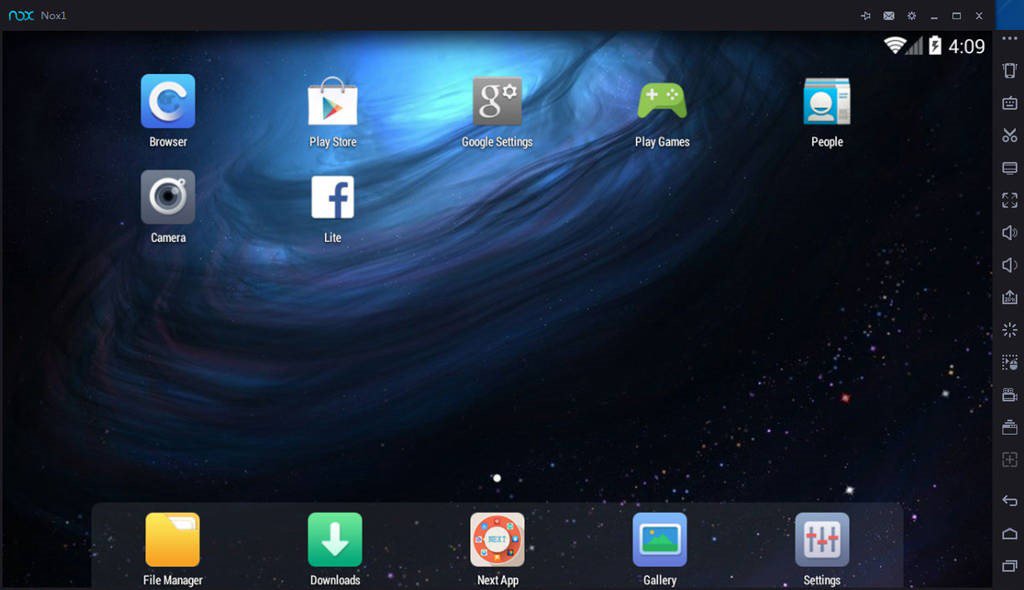 Based on Android 7, Nox gives a superior performance on playing games. It’s easy to get started and quickly becoming a pro mobile gamer. Once you use this one, you’ll love its sleek design.

One thing you could notice is that you could open keyboard mapping only with one-click, which gives you better gaming experience. Also, Multi -Instances supports running multiple gaming accounts and multiple games at the same time. For your best gaming performance, Macro Recorder could help to record your complex operations and then script with a single click.

The highlight is that nearly everything is accessible with a keyboard shortcut. It’s available on both Windows 10 and IOS. 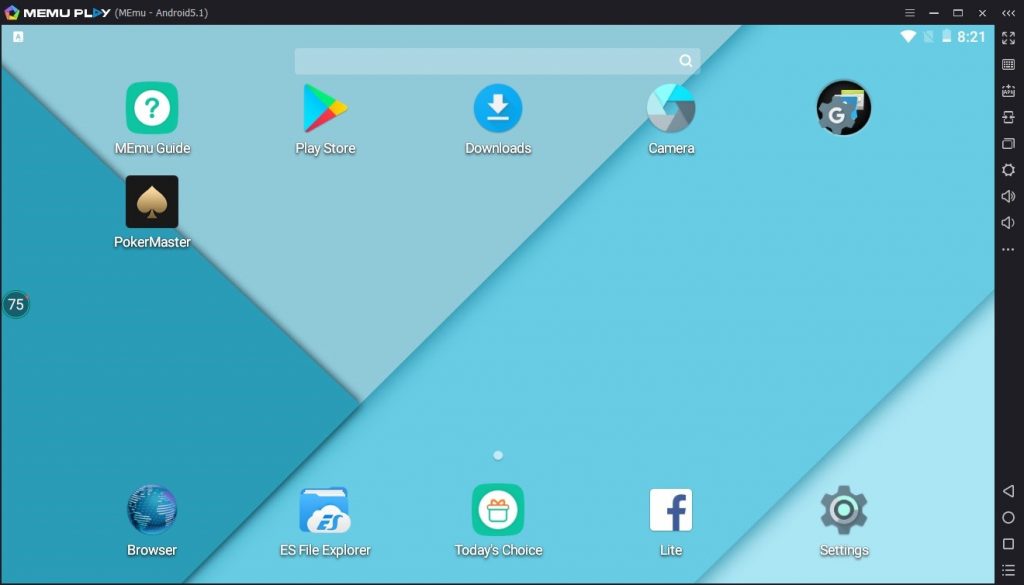 MEmu is another emulator that has a pretty interface like MEmu. The advantages of this software are that it supports AMD and Intel chipsets, and also KitKat, Lollipop and Android Jelly Bean.

Though it’s a newcomer to the market, launched in 2015, it gives a similar performance like LDPlayer and BlueStacks regarding the speed. Furthermore, MEmu gives support to 4K monitor, which means you could play Android games in 4K enjoying the maximum native resolution.

It also goes well with productivity apps. You can run quickly install your app to several different instances, each using a different RAM and CPU configuration to test the performance of your app. 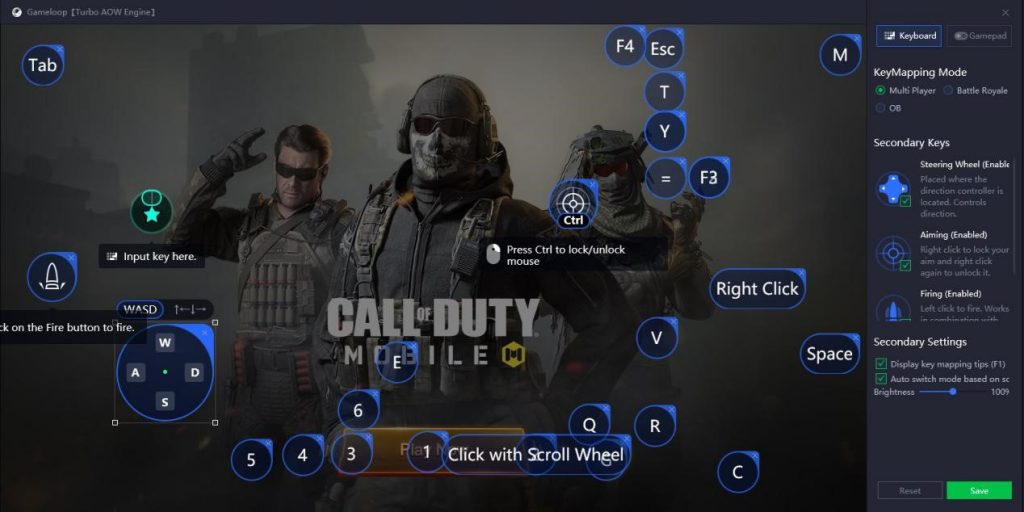 For those who play Call of Duty Mobile game on PC, they must be familiar with GameLoop. It’s an exclusive software that supports PUBG and a bunch of gaming titles from Tencent Developer previously. Now more and more games are accessible with GameLoop.

Yes, it’s an Android emulator that puts its mind to games. It does well in Android gaming though lacking other Android apps. Numerous gaming titles are being introduced to the platform.

GameLoop is considered one of the most advanced Android emulators. Even if you have a low-profile computer, it’s smooth to handle the software.

That’s all for our top 5 Android emulators for Windows 10. However, the Android emulators haven’t made it to the top though. There are still some problems there. You may encounter some lag when running them but most of the time they are great. Now prepare yourself with a high-end PC and download any one of them on your desktop. You’ll be ready to enjoy the full Android experience on PC.

How to Rip DVD to MP4 Video for Free