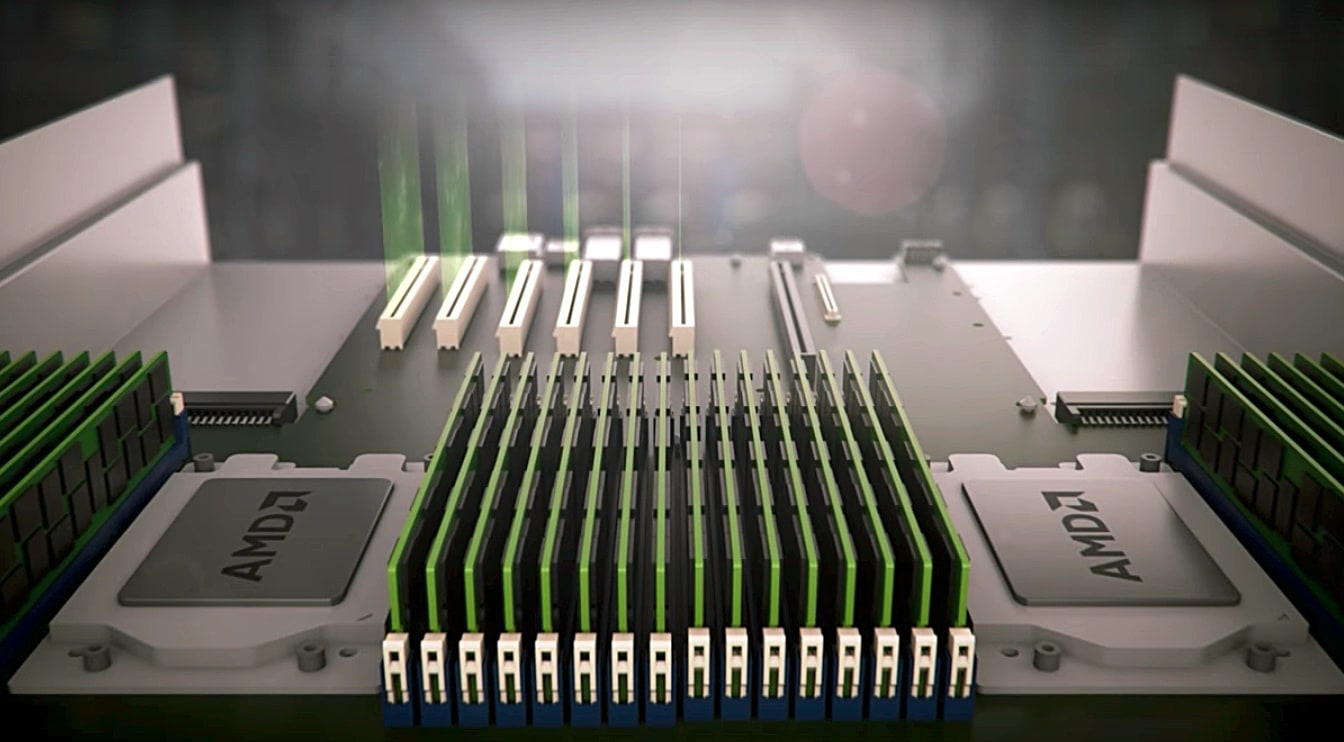 A few years ago, AMD announced a major joint venture with a newly created Chinese subsidiary company. That venture, called THATIC, has helped fund some of AMD’s activities over the last few years (at the time the venture was announced, AMD declared a value of $293M). Last week, we covered the news that the US government had placed several of AMD’s partners on its Entity List, restricting the export of technology to these companies.

Now, the Wall Street Journal has published an article attacking AMD’s JV as an assault on national security. The (paywalled) article begins by claiming that AMD gave China the “keys to the kingdom, that the THATIC deal was the beginning of AMD’s Ryzen-fueled transformation, and that the entire deal ‘alarmed’ US national-security officials, ‘who saw it as a threat to their goal to rein in China’s supercomputing industry.’”

AMD’s response to these claims, written by senior vice president and general counsel Harry Wolin, minces no words. According to the company, the report contains “several factual errors and omissions and does not portray an accurate picture of the joint ventures that AMD entered into with THATIC in early 2016.”

The WSJ writes that AMD’s technology is already “helping China in its race with the US to build the first next-generation supercomputer — an essential tool for advanced civilian and military applications.” One of AMD’s complaints about the WSJ’s coverage is that it fails to discuss any of the safeguards the company put in place to protect IP from inappropriately falling into the wrong hands, as well as the aforementioned close coordination with the Defense and Commerce departments.

It is impossible for ExtremeTech to confirm which side of the story is more accurate, but the publicly known facts favor AMD’s telling more. For all the talk of how AMD supposedly supercharged the supercomputer revolution in China, the machines of the TOP500 are almost entirely Intel-based. This is not intended to imply that Intel has done anything untoward with respect to China or national security, either. It’s just a fact. 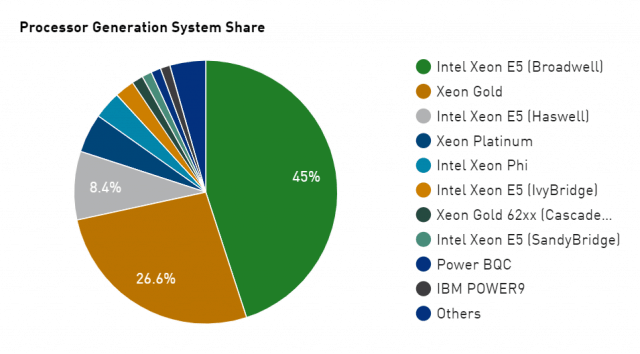 According to the TOP500, AMD has two Opteron “Interlagos” supercomputers still on the list. There’s a single entry for Hygon Dhyana — that’s the AMD JV CPU technology — but it’s not the highest-performing system on the list. It’s #43. The highest-ranking Chinese supercomputer is the TaihuLight, which is based on the Sunway SW26010. Earlier iterations of the CPU were thought to be based on the Alpha 21164, but the 4th generation CPU used in the TaihuLight supposedly implements a different instruction set and AMD doesn’t appear to have been involved in any way.

The idea that AMD gave away the keys to the supercomputing kingdom takes a serious hit once you factor in the fact that far fewer than 5 percent of the top supercomputers worldwide currently use CPUs based on AMD’s technology.

Maybe the Chinese intend to ally with AMD to launch a bevy of products based on 7nm Ryzen? Nope. According to a story on June 4, AMD is not providing CPU IP to THATIC past the first-generation Ryzen design. And the JV was itself structured to ensure that valuable CPU IP didn’t simply pass to the Chinese to start with. 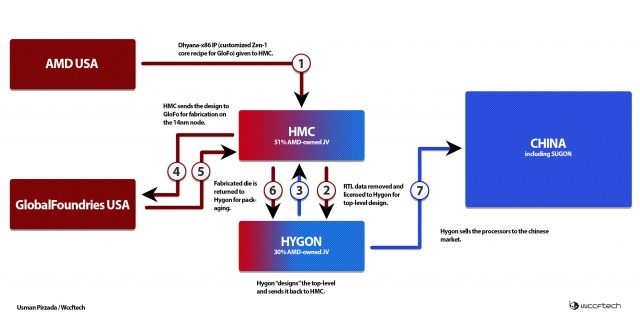 WCCFTech has published an excellent deep dive into how information was subdivided between AMD and its Chinese partner to allow for a partnership that would allow China to claim its chips had been made indigenously without actually giving away the keys to the kingdom that the WSJ refers to. I’d recommend that piece for additional details, but the bottom line is that AMD appears to have designed its joint-venture to protect exactly the IP that they’re accused of giving away.

In Which Nothing Is Particularly Clear

One point I’ve tried to make repeatedly with regard to the ongoing trade issues with China is that the situation is fundamentally unclear. We — by which I mean “all of us who do not possess security clearances and/or a deep expertise in trade negotiations” — are operating with imperfect information.

On the one hand, warnings about Huawei and Chinese IP theft predate the Trump Administration. On the other, the Trump Administration has just partly reversed itself on Huawei, allowing them to buy from US companies again, though subject to restrictions. There’s an argument to be made that the pressure put on Huawei through these measures was an attempt to bring China to the negotiating table, and an argument that no, Huawei represents a genuine national security concern. The United States is perfectly capable of putting pressure on a major corporation of a rival nation as a means of realpolitik. It’s also possible that the national security issues are real.

Regardless of the specific status of Huawei, IP theft and forced technology partnerships have been major complaints of US companies for years. From the Chinese perspective, these sorts of relationships are doubtlessly argued as fundamental requirements to keep the US-China relationship from being purely exploitative and are likely seen as a way to ensure that US companies are not the only ones to benefit from Chinese manufacturing capabilities. The question of what’s “fair” in trade always depends on where you’re standing.

Between the structure of AMD’s JV, its current lack of supercomputer wins, and AMD’s own comments on the matter, however, it seems collectively unlikely that the company gave away the keys to anything. In 2015 – 2016, AMD had a CPU architecture it was still working on and hadn’t even formally launched yet. In 2019, the company is still focused on winning hearts and minds in the enterprise space. The chain of events as woven together by the WSJ isn’t persuasive — not, at least, based on what we know publicly.

Scheduling and tracking time on projects is never easy, especially since no two projects are ever exactly the same. Matters only grow more complicated...
Read more
Computers

In modern business computing, ransomware is a significant looming threat. It can adversely affect many businesses and industries. Ransomware attacks are on the rise...
Read more
Computers

Mobile devices have seen an outstanding transformation over the past few decades. What started out as a luxury item in the 1980’s has become...
Read more