How to choose your hard drive? 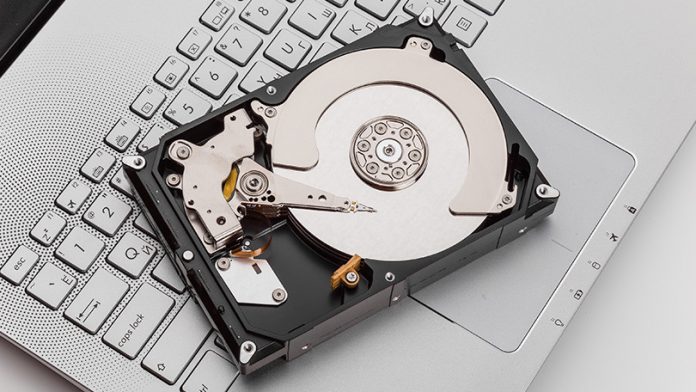 How to choose your hard drive? The hard drive is one of the key components of a computer. It is therefore important to make the right choice when buying a new PC or changing the hard drive on a device. The type of hard drive or its capacity will be, among other things, factors to take into account when making your choice!

Hard drive: what is it for?

The role of the hard drive is to store data on the device, even when it is turned off, unlike RAM. We speak in the case of a hard drive of read only memory. This central unit component houses the operating system, all software and files that the user installs and saves on their computer or Mac.

What are the types of hard drives?

The SSD is regularly described as one of the best performing hard drives due to its access times of less than 1 millisecond and its read and write capacity which can reach 550MB / s in SATA mode. The start-up of a computer with this type of hard drive is done in seconds. The same goes for launching software installed on this type of disk, which benefit from the speed of reading and writing. This type of disk is quite famous among gaming computers, laptop and desktops. The life of SSD is better than compare to other hard drive. Recently, most of the laptop’s brands including Apple has started to install SSDs. Most of the MacBook experts recommend upgrading with SSD if iMac or MacBook is running slow.

HDD is still the most common type of hard drive used on desktop computers. It is more sensitive than the SSD because it is made up of several mechanical elements. It has a large storage capacity and is made up of multiple disks and heads read and write information to the disk.

Often referred to as the hybrid hard drive, SSHD offers both SSD and HDD characteristics. In short, it is a classic operating hard drive to which an SSD module has been associated. Often with a storage capacity of 8 GB or 16 GB, it acts as a cache, particularly useful when a computer is facing a peak in activity. Equipped with high capacities, SSHD offers excellent performance and is a purchase to consider if one wishes to optimize the performance of his computer.

Choose your hard drive based on performance

User needs will be taken into account when choosing a hard drive. For office automation and Internet surfing, an entry level hard drive will do. This typically has a minimum capacity of 250 GB and operates at 7,200 rpm.

The high-performance hard drive will allow you to have a powerful computer or even run programs requiring powerful hardware. To do this, it must have a high reading and writing speed (to avoid hard disk problems that run at 100%) and a large cache memory. In this kind of case, a hard disk with 10,000 rpm and a cache of 32 or 64 MB is recommended.

The cache memory is used to speed up data processing (e.g., launching a program) and optimize the operation of the operating system. The performance gain is insignificant for mechanical hard disks, whose cache memory is a base of 8 MB which can go up to 16 MB. The speed of rotation speeds up data access and backups. The standard speed is 7200 rpm and can go up to 10,000 rpm SATA on some models, but you have to be careful of the storage capacity which may be reduced.

The storage capacity of the hard drive is also important

The storage capacity of a desktop or laptop computer can range from 500 Giga to several Terabytes. Large memory can be useful for those who want to keep many files, but also for those who want to create multiple partitions. Partitions are useful, for example, to run two operating systems on a single computer, and to be able to switch between them easily. High-capacity hard drives that will only be used for these purposes do not necessarily have to be very efficient. There are models with a capacity of 1 or 2 TB in 7200 or 5400 turns.

Impact resistance can be a criterion of choice

To improve their chances of not losing their data, some users take impact resistance into account before purchasing. Our partner Geeks Callout recommend having the SSDs for better reliability, because they are composed only of chips, and few mechanical elements are involved in their operation, which makes less damage if dropped.

What about external hard drives?

The external hard drive is the ideal solution to increase the storage capacity of your computer tenfold when it does not have enough capacity to store high resolution photos or even HD video edits. User files are also safe in the event of a computer crash. It is advisable to turn to models in the 2.5-inch format, as they are compact and lighter. They are usually connected to the computer via the USB socket.

It is better to have two different hard drives on a computer, rather than just one (an external hard drive can also be used). One hard drive is reserved for the operating system and software, while the other is dedicated to storage (data, software, games). Thus, only the system disk is thus formatted in the event of a major computer problem, and the other data is kept on the storage hard disk.