Which is better laser or ink tank printer 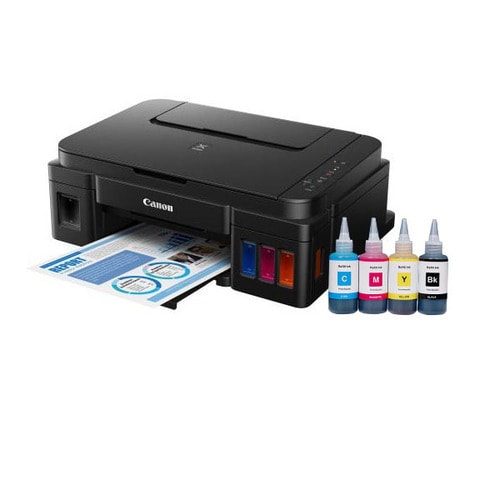 Which is better laser or ink tank printer?

The decision of which type of printer to buy depends on you. Although to be honest, sometimes it’s a difficult choice to make. You begin to ask yourself which is better? Is laser better than ink? What are the differences between the two types of printers? Do both of them give you the same quality of work? Which is more expensive to buy and maintain? Changing the toner on your laser printer is it easier and more cost effective than ink?

These are the questions which would run through your mind when you want to make that choice of the type of printer to get. So, before we decide which is better of the two and which is not, let’s see the different features for each type of printer. We begin with;

With the use of an electrostatic process, printing via laser produces high-quality text plus graphics by a laser beam which passes back and forth over a negatively charged drum. While this is going on it also scans the image and text into the printer’s photoreceptor directly. The drum then collects powdered ink from the toner and transfers it to paper. Heat is then used to fuse the toner to paper.

This whole process is carried out simultaneously. The quality from laser printer definitely comes out higher, clearer for images, and no liquids are used.

The way most printers ink printers are designed is they use ink fired onto paper to create text and characters on the paper. These characters and text are made up of tiny dots which are created when the ink is fired onto paper using tiny guns. These dots are not visible to the naked eye. Check out this guide if you’re looking for a reliable home printer with cheap ink.

Although the most common type of ink printer is the thermal printer, there is also the piezoelectric type of printer under ink.

Let’s see the difference between the thermal and piezoelectric ink printer.

manufacturers HP and Canon. The good thing about the thermal printers is that they are more cost effective to use than other types of printers. Despite this plus side, the printer still suffers from normal wear and tear but particularly on the nozzles which wear down fast and get blocked easily.

The nozzles that are in the thermal printer are between 300 to 600 which are used to heat up the ink. The ink is contained in cartridges that inside the printer. The thermal ink printer has a whole lot of benefits. It prints with a very fast speed and comes out with a high quality finish. There is also the added advantage of the ability to print on a variety of surfaces like plastics, cartons, metals etc. Thermal ink printers are easy to set up and require no formal training before you can use them. Although it is good to remember to always check the level of ink in your thermal printer. If it is low, the nozzles become too hot and the ink will serve as a coolant. This could well damage your printer. A way to clean your nozzles is by rubbing alcohol.

So, looking at the process by which each printer works, which then do we say is best? As we said earlier, the best printer to choose will depend on your needs. Making the decision of which is the best tank printer 2019, the following features will help you decide.

Ink printers produce more sheets and are the go-to printer for images and pictures. The images come out smoother than laser printers, refilling cartridges are less expensive, they can be used to print on a variety of surfaces, they are ready to use with no need for warm-up, easier to maintain, they are also reusable.

The downside to ink printers is, it doesn’t churn out large number of sheets at a go, it is slower than laser printing, the ink in the cartridges can run because it is water based.

Laser printers on the other hand, are faster, more cost-effective when you have a large turn out of work to do, the text or characters the produce in black are almost perfect. The downside to laser printing is, it is more expensive to buy, it is not a ready to use printer, it needs time to warm up, it is selective with surfaces to print on, it is bigger than ink printers.

With the advantages and disadvantages of each printer stated above, it is easy to decide which printer would work best for your needs. You have to consider your budget, what you need the printer for and the ease of use for you and cost of replacement worn parts. All these factors have to be considered before making a choice on which is best.

Scheduling and tracking time on projects is never easy, especially since no two projects are ever exactly the same. Matters only grow more complicated...
Read more
Computers

In modern business computing, ransomware is a significant looming threat. It can adversely affect many businesses and industries. Ransomware attacks are on the rise...
Read more
Computers

Mobile devices have seen an outstanding transformation over the past few decades. What started out as a luxury item in the 1980’s has become...
Read more