Why is German such a hype today? The country is among the strongest economies around the globe, that you must be aware of. German is one of the most spoken European languages and because of that, it opens up a lot of opportunities for you.

1. Most Widely Spoken Language in Europe

In terms of the native population, Germany ranks first in Europe. It is the official language of Germany, Belgium, Switzerland, Austria, Liechtenstein, and Luxembourg. German native speakers are also inhabitants of parts of northern Italy and eastern France.

German also enjoyed the status of lingua franca for past centuries and still acts as one between some parts of Europe. If you know how to speak German, you can easily overcome the language barrier with a population of around 120 native speakers.

Hence, learning to speak German can be extremely beneficial on your trip to Europe. This is not just in terms of the native-speaking population, but in terms of the second language, German comes second, next to English.

Germany is renowned for offering world-class education, with the most prestigious universities globally. And that’s not even the best part, most of these reputed universities cost extremely little, to literally nothing! Defying the notion that top-notch education requires crazy money!

There are numerous brilliant work opportunities in Germany with German companies leading globally. Most of the famous international companies say BMW and Bosch, are actually German. The country boasts the third-largest economy worldwide and hosts Ph.D. students for post-doctoral studies as well.

Knowing German will make you much more competitive in the country’s job market. You will be at a great advantage compared to other international candidates who don’t speak German. Plus, knowing the language will also enhance your communication skills, and confidence, and will benefit you in the long run.

“The land of poets and thinkers”, that’s what they say about Germany, and rightly so of course. Germany has a rich culture, be it literature, music, philosophy, or arts. The German culture is an important part of world heritage with contributions in all of the above domains.

The famous names that you have heard like Goethe, Kafka, and Nietzsche were Germans while names like Einstein and Freud spoke and also wrote in German. So much of the world literature has originally created by Germany, most of your favorite works were written in German.

So, wouldn’t it be nice if you can read and understand all this in its original form? It will help you appreciate your favorite works, and arts in general, that much more.

We saved the best for the last! All of the above compelling reasons might have put you under enormous pressure that is to learn an entirely new language. Well, here is a fact, the German language is really easy to learn, surprisingly so!

This is especially true if you are proficient in English or are a native English speaker since the two languages share striking similarities. The reason behind that is the fact that German and English originated from the same Germanic language.

Thus, so many German words are similar to their English equivalents, like wasser means water, haus means house, shwimmen means to swim, and alt means old. Some words are even unchanged like finger and hand.

So, if by thinking of learning German, you thought of learning languages like French and Spanish, you are in for a pleasant surprise.

It is needless to say at this point how advantageous it is for you to learn German, there are not 1 or 2, but so many strong reasons to learn German. Whether you want to visit or live in Europe, want to pursue higher studies in Germany, or build an exceptional career, learning German is a smart decision. 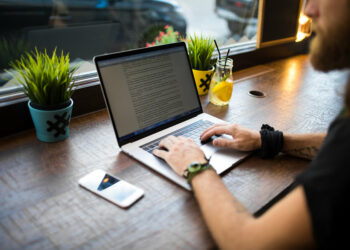 How to Write an Effective Succinct Scholarly Essay Introduction 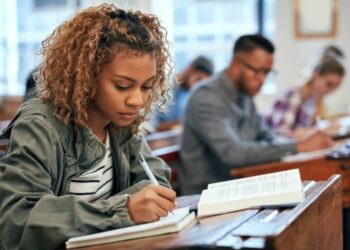 How to Write the Perfect Essay in 7 Simple Steps