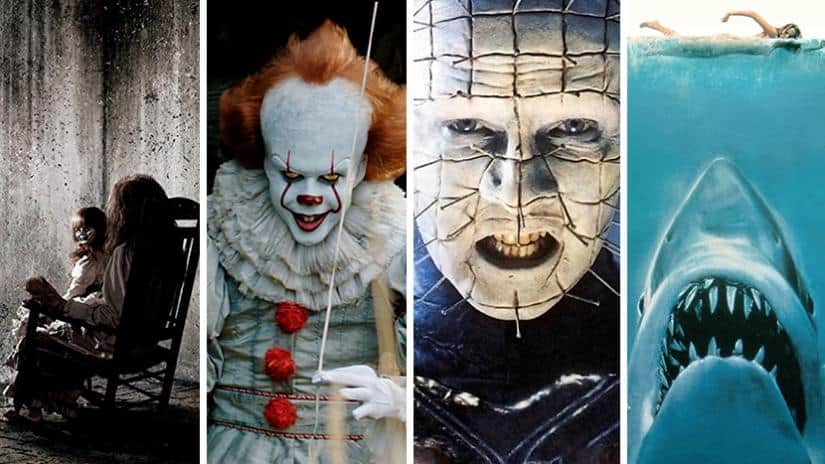 Some of us have a personality trait that makes us seek a thrilling experience. Watching some Hollywood horror movies alone at your place in the night will give you enough thrills and creeps. Scope out the best horror movies with us which will definitely make you jump at the edge of your seat. We have compiled a balanced list of old and new best Hollywood horror movies that will stay with you for long.

From a psychopathic serial killer to the spiritual practice of evicting demons we’ve got it all in this list of the very best horror movies.

The Exorcist has won the title of being the number one horror movie on our list. Directed by William Friedkin the movie is based on the horror novel of William Peter Blatty. It is a story of actual possession of eleven-year-old girl Regan MacNeil (Linda Blair) in the local area of Georgetown. She is the daughter of a famous actress. The mother trusted two priests who attempted to exorcise the demon. It is a classic example of a well-made horror movie for the time.

70s people found the movie disturbing to the extent that there are incidents of audience fainting and vomiting. Rumors like the film had been cursed also became prominent at that time. With uncanny special effects, the film got 10 nominations in OSCAR. Which proved it the most influential movie for the genre. Inspite of Aping the infamous head spin scene remains classic and the scariest scene of the movie.

The Shining is another classic horror movie.  It was produced and directed by Stanley Kubrick which was co-written with novelist Diane Johnson. Kubrick adapted changes in Stephen King’s 1977 novel ‘The Shining’ to make the film. The Eeriness of the film is unbeatable. The movie has nonpareil slow deliberate dialogue, music and suspense. Perfect interpretation of the character by King Jack Nicholson is matchless. 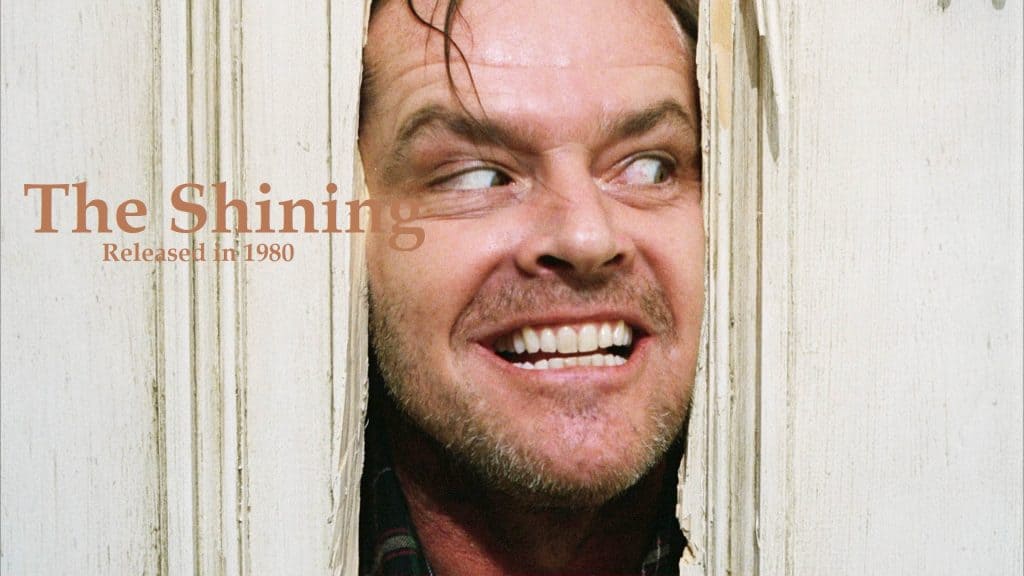 The scariest scene of the movie is when Jack knocked down the bathroom door with an axe. The formidable face of Wendy (Shally Duvall) had become indelible in the history of horror films. One of the stories behind the scene revealed that they didn’t tell her he had an axe when he would knock down as they wanted to catch the actual terror on her face.

This movie was directed by Wes Craven whose approach towards horror was innovative for the time. He had a bold vision for the genre. The film moved around its character Freddy who invaded dreams of teenagers whose parents were responsible for his untimely death. 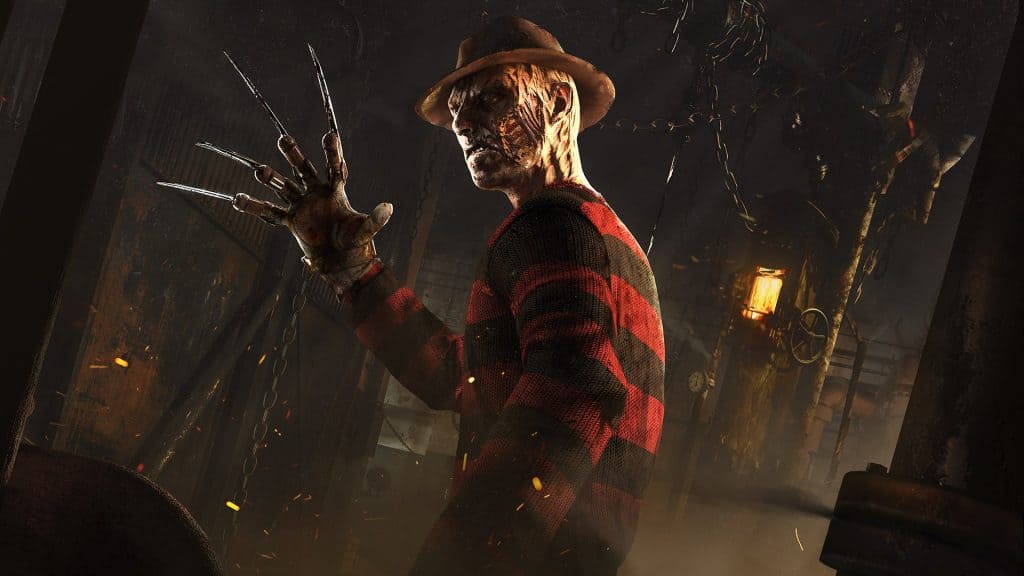 Freddy was a truly terrifying character which does not exist in the real world but in the shadowy realm of dreams.

Psycho is a psychological horror film. Psycho was directed and produced by Alfred Hitchcock and written by Joseph Stefano. It is based on the novel named ‘Psycho’ by Robert Bloch published in 1959. It is a story of a young single woman Marion Crane (Janet Leigh) who was living with her sister Lila in Phoenix. She worked as a secretary in a real-estate office. After stealing $40,000 from her employer she ran away with her boyfriend, Sam Loomis (John Gavin).

After 36 hours of paranoia and exhaution, Marion decided to stay in a motel. Bates Motel, where nervous but personable Norman Bates (Anthony Perkins) cheerfully mentioned that she’s the first guest in weeks. What happened next is history. The shower killing scene of the movie is the most famous scene in the history of horror cinema.

Produced by Steven Spielberg and directed by Tobe Hooper, this film has sensational special effects. The cast of the film is not so famous. Poltergeist contains the struggle of a Family haunted by evil-minded spirits. It has amazing special effects and realistic violence scenes. 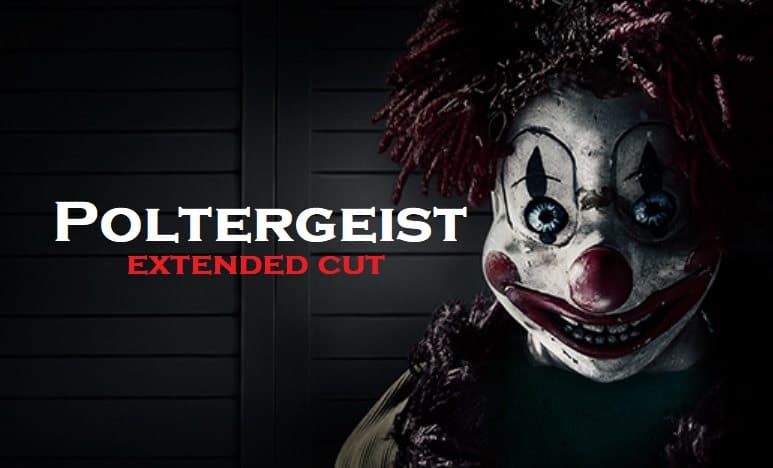 This was the third film in a raw of the duo. Director James Wan and writer-actor Leigh Whannell made ‘Saw’ and ‘Dead Silence’ earlier. Insidious is one of the most terrifying horror movies. In this film, a couple,  Josh and Renai Lambert, along with their three children were pestered in their new ideal home by paranormal activity and polter-phenomena. They moved to rented accommodation, but the spooks followed. Wacth this movie now on Hotstar App. 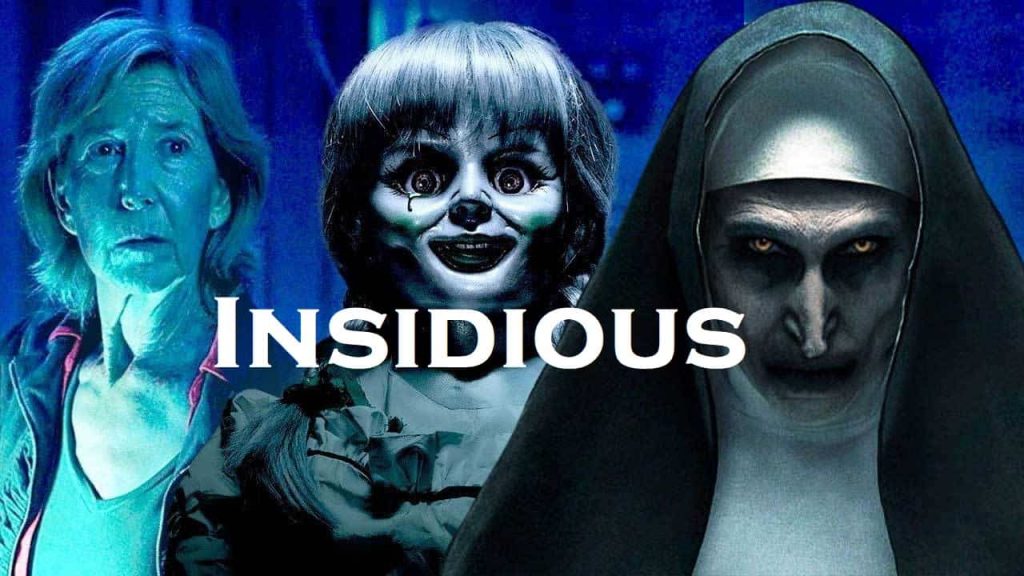 Exorcism of Emily Rose will definitely satisfy your obsession for horror movies. This film is directed by Scott Derrickson and written by Scott Derrickson and Paul Harris Boardman. The story is about a lawyer who takes on a negligent homicide case involving a priest who performed an exorcism on a young girl. The very strong point of the film is a cast that is filled with Oscar nominees. The combination of horror and courtroom drama makes it interesting for the audience.

It is a highly recommended film for the thriller and drama lovers. If you have missed it then watch for one of the best cinematic thriller experience. it’s five Oscars are well deserved. The portrayal of Jodie Foster and Anthony Hopkins are vivid. Especially Anthony Hopkins’s accent that he used for Hannible Lecter. Jodie Foster’s acting was excellent.

The story is about a specifics of the murder case in question. A serial killer who partially skins his female vlctims are certainly gruesome, but are handled to generate maximum suspense without descending into the exploitative.

This one is an intense film for a sensation seeker. Being a low budget film this one is  an excellent example of how someone can take a small amount of money, and do so much with it. Story is about a group of friends go to spend a weekend at a cabin in the woods. They accidentally unleash the fury of some dark forces there. The brilliance of this film lies within the eerie atmosphere and mood, and the creepy cinematography.

This film will definitely give you goosebumps. It is a pretty horrifying movie with no demonic appearance no ghostly faces. Only real experience was shown which is the actual flavor of the film. We recommend you to watch this film alone to get the thrill.

Bruce Willis starrer The sixth sense is a  upernatural horror drama film written and directed by M. Night Shyamalan. It is a movie based on the story which is moving around Malcolm Crowe. He is a child psychologist who starts treating a young boy Cole. Cole acts as a communication between Malcolm and unhappy spirits of the other World. The movie is packed with a really good script and backed up by the wonderfull direction. The performance of the cast is incomparable.

As a horror film, Annabelle is technically effective and gives creep to horror movie lovers. Directed by David F Sandberg’s the movie manages to channel the appeal of the thrill well enough. The story is about girls start discovering mysterious things around the house.

Based on a true story, The Conjuring has sudden spine-chilling scares and dramatic silences that will give you goosebumps. While the setting and story are familiar, it has a distinct impact of the subtle and steady build-up of suspense and psychological tension that will make you numb. The story is a horrifying tell of renowned paranormal investigators Ed and Lorraine Warren. The horror begins when the family calls the former couple when they feel the presence of dark forces in their farmhouse.

The film is directed by Jaume Collet-Serra and written by David Leslie Johnson from a story by Alex Mace. It is a story of a nine year old girl who was adopted by a couple, who recently lost their baby. They soon find out that she has a troubled and mysterious past and she is not at all who she pretends to be. The climax will give you the thrilling experience you are seeking. Watch this movie now on Netflix.

It is a story of a single mother whose children witness paranormal activity in their house. Renowned paranormal investigators Ed and Lorraine Warren comes to help. The movie is successful in keeping promises and expectations as a sequel of The Conjuring (2013). Director James Wan is at the top of his game, taking a great idea and turning it into a rare, thoughtful chiller that ponders the metaphysical. Watch Conjuring 2 today by signing up for Amazon prime video free trail  for 30 days.

Directed by Roman Polanski and based on the story by Ira Levin this is one of the dark, disturbing, creepy and timeless horror movie. Mia Farrow did full justice to the character of Rosemary. The “truth” was even worse than Rosemary’s paranoid imagination. The climax was being the creepiest part of the film. Even at the last minute, you can’t be sure she isn’t insane.

Steven Spielberg’s movie is said to be one of the best horror movies till date by the movie lovers of the same genre. Jaws is an intense shark and horror tale with scares that gross you out. It is based on Peter Benchley’s 1974 novel of the same name. This film is an artistic and commercial smash. It is a story about a fictional New England tourist town of Amity Island and an Oceanographic Institute.  Robert Shaw’s performance is excellent as a coarse fisherman in this thriller of the man-eating white shark.

Wes Craven was the director of the movie. He made a classic horror flim that’s got audience’s attention. There are horrifying twists and turns in the. It just rebooted the genre in the time it was released. The opening scene is one of the most unforgettable, original, well paced, intriguing and suspenseful scenes in horror history.

10 Cloverfield Lane is an American sci-fi psychological horror film directed by Dan Trachtenberg. The film was produced by J. J. Abrams and Lindsey Weber. It has a little bit extra terrestrial touch in the end. But it is not an alien film overall. The story is around  Michelle who finds herself captive in a bunker with a stranger named Howard after an accident.


He informs her that she is safe with him and the world outside is inhabitable. She decides to escape.

Sinister is a story about Ellison Oswald, the main character of the film. He is a crime writer who is in the desperation of great success drags his family into trouble. He finds out about a snuff film in which the death of a family is shown. He decides to solve the mystery. When he moves his own family into the victims’ home, he realizes the presence of supernatural forces. For him and his family living in the house may be fatal. Written and directed by Scott Derrickson, the movie has everything from excellent story to rich character. It has pretty much scare factor for horror movie lovers.

Each of the above films had made an imprint on the audience’s psyche and horror cinema and it will continue to occupy our memory for a long time.

Why Is Sudoku So Popular?