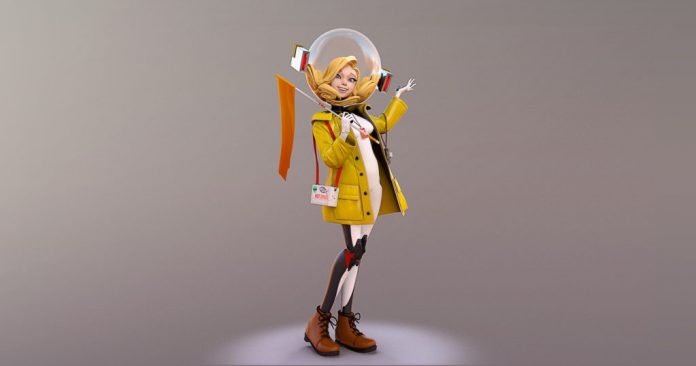 Video games have gone far beyond the 8-bit sprites and single color screens of the old days. Now they have vibrant worlds with rich character designs and detailed landscapes. These character designs are a major component in game development and special care is taken to create designs that are unique, memorable, and feel like they belong in the world that the developers are creating and the players will spend countless hours interacting with.

Why These Designs are Important

Game developers all over the world take the design and character concept art phases very seriously because of how much the game relies on these characters in the final product. If even a single character or design feels inconsistent or out of place, it could break the immersion of the player, which is something no developer wants to see. Thankfully, with an emphasis on strong character concept art, these characters instead turn their game worlds into places that feel real no matter how fantastical they may be.

How Unique Designs are Created

These character designs undergo a huge amount of iteration and go through a surprising amount of changes before they end up finalized. Take the infinitely popular Pokemon series for example. With over 890 unique creatures, dozens of alternate forms, and hundreds of distinct characters and counting you might be surprised how long and detailed the design process is. Pokemon developer Game Freak goes through a thorough cycle for each creature’s design, taking inspiration from the animals, objects, myths, and even foods that exist in our own world.

According to series director Junichi Masuda, these designs are treated as living creatures that belong in the Pokemon world, so special care is given to the reasons they look the way they do and where they live in the environment. The inspiration behind each design comes from a variety of sources with some being clear and distinct while others take heavy research into their inspiration. For example, the Pokemon Seel is based simply on a seal, while the Pokemon Reshiram and Zekrom are personifications of the concept of “truths” and “ideals” mixed with the symbolism of the Yin and Yang while resembling dragons at the same time.

When developing Pokemon, their purposes are taken into account. A battle designer might want a specific pokemon to fit with a new move or a member of the development staff might have a unique idea. Once the rough outlines and goals for a design are outlined, the staff creates the character concept art which is then finalized by the graphic design team. The reason that Pokemon designs remain consistent and high quality despite over two decades of evolution and changing art styles are that the development team takes care to ensure that their preliminary designs fit within the world and games before even moving past the design phase.

This means that the initial concept art stage is often the most important process in ensuring that any given design not only makes it into the final game that developers create but enhances and feels like a natural living part of the world that it will soon populate.

The most compelling characters are those who appear internally consistent and yet are capable of surprise. In my own work, I’ve found that the art of crafting such fully realized characters can be boiled down to four crucial elements: a driving need, desire, ambition or goal; a secret; a contradiction; and vulnerability. Let’s take a closer look at each one.

The fundamental truth to characterization is that characters must want something, and the stronger the want, the more compelling the resulting drama. This is because desire intrinsically creates conflict, the primordial goo in which character is formed.

Take, for example, one of the most memorable characters in American literature—Blanche Dubois, from Tennessee Williams’ A Streetcar Named Desire. At the start of the story, Blanche has lost her family home and has been left with nowhere to stay. Desperate, she has come to New Orleans to find her sister, Stella, and ask to be taken in.

This is a perfect demonstration that simply by giving the character a deep-seated need or want, you can automatically create conflict, for the world is not designed to answer our desires as easily as we might hope.

For your character, a secret is that inclination or trait (such as a psychological disposition to dishonesty, violence, sexual excess, or the abuse of alcohol or drugs, to name a few) or an incident from the past that, if revealed, would change forever the character’s standing in her world, among co-workers, neighbors, friends, family, lovers. Secrets inform us of what our characters have to lose, and why.

Drawing on the example of Blanche Dubois, her secret is that through drink and illicit sexual liaisons, she has become so emotionally and physically dissipated she could not hold on to the family home.

We are our own best source for understanding secrets. We know our own, and if we’re insightful, we understand how they affect our behavior—specifically, how they make us afraid.

We all know people who are both shy and rude, cruel but funny, bigoted but protective. This complexity, which seems to particularly manifest itself during times of stress or conflict, is what can make a person inherently unpredictable, setting the stage for the kind of surprising behavior that can keep readers enthralled, wondering what might happen next.

Nothing draws us into a character more than her vulnerability. When people appear wounded or in need of our help, we are instantly drawn to them—it’s a basic human reflex. We may also sometimes be repelled or frightened, but either way, the fact of the matter is that injury to another person instantly triggers a strong response.

Can You Save Money on Netflix with a VPN?

People often use VPNs to save money on all sorts of things – video games, car rentals, bookings, airplane tickets, etc. But can you also...
Read more
Entertainment

Social media plays a significant role in the world of sports. Since social media platforms have become the most straightforward communication channels globally, most...
Read more
Entertainment

Unlike other streaming services, Netflix is on an all-time roll this year. With a sudden surge in demand for movies to counter the depressive...
Read more