Techolac
Home Games 6 Mistakes You Must Stay Away From If You Want To Win... 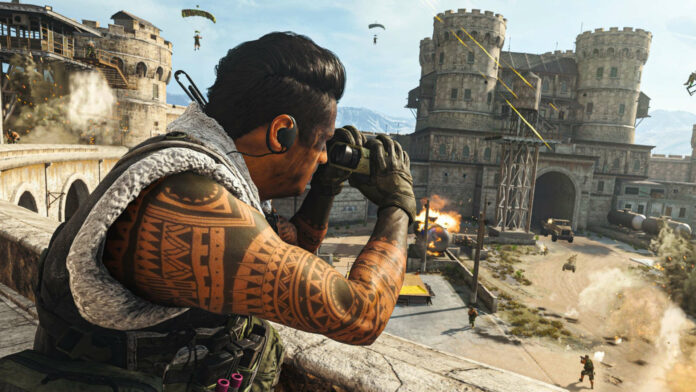 Call of Duty: Warzone was released in March 2020 and has attracted over 80 million players, making it one of the most successful battle royale games to date.

Warzone combines the best elements of other popular battle royale games with some new twists and a Call of Duty spin on the genre. In Warzone, you’ll be thrown into a last-player-standing battle with a total of 150 players. Survive until your team is the last one standing – even if it’s only one of you – and you’ll win the game.

But, of course, that’s much easier said than done, given that 147 other players want to do the same thing. Not to forget, you can also use Warzone cheats to win!

In this blog, we’ll go over 6 mistakes you must stay away from if you want to win at the COD warzone.

Shooting, like the other multiplayer modes, reveals one’s location on the map. This is less of a problem in the faster-paced modes, but in Warzone, the element of surprise is crucial. If a nearby enemy notices that your position is pinged, they may plan an ambush. Shoot only when necessary.

It is not worth it to just damage an opponent if they are far away and do not seem to be capable of being killed by the attack. Health regenerates and they can still find more Armor Plates.

To compensate for the low amount of health given to combatants in COD, players can get Armor Plates from loot crates or buy them from Buy Stations.

Up to three can be equipped but the player is given an extra five to refill after a firefight. Going into battle without armor is a serious disadvantage, particularly when the opposing player is wearing a complete set. If you’re having trouble finding more armor on the charts, don’t be afraid to spend some money and buy it.

And if you see that you are at a disadvantage in the game compared to your opponents and that you will not win, it is a mistake to give up. You must believe that you still have a chance.

The fact that they shoot you often does not imply that they are better than you, and it is recommended that you defend yourself before you have a chance to shoot, and you might be shocked by the outcome. Even though the battle is difficult, the opponents make mistakes as well.

The safest way to approach this situation is to either wait for the opposing team to die or move the player behind cover.

It might seem absurd, but it is all too normal to see squads struggling to function like a well-oiled machine. Most of the time, the player will notice a combination of callouts, disputes about places, and general conflicts, not to mention a lack of communication while playing without voice chat.

The best teams are aware of each other’s strengths and have a shared understanding of the target and how to win it. Make sure you communicate with the squad, and give them cash and guns if they need them; they could be the difference between a 3 on 1 fight and a 3 on 3 battle.

This is one of the most common and costly mistakes made by both new and experienced Warzone players. Yes, a contract can place you on the wrong side of a bounty or be time-consuming, but the benefits outweigh the drawbacks. These contracts will get you a lot of money, loot, killstreaks, and XP for leveling up and advancing through the Battle Pass levels. They make the game more fun and can also provide other crazy benefits such as indicating the location of a squad or the location of the next circle. Contracts are the secret treasures!

This is a simple and critical mistake that many new players make. One of the teammates is killed amid a gunfight, so the other takes up the cover fire while the downed teammate is revived. This will work 2 out of 10 times, but more often than not, the reviving player is shot down and the squad sent back to the lobby.

This post will explain best matx case. If you want to construct a small form-factor gaming pc, you have a couple of options for...
Read more