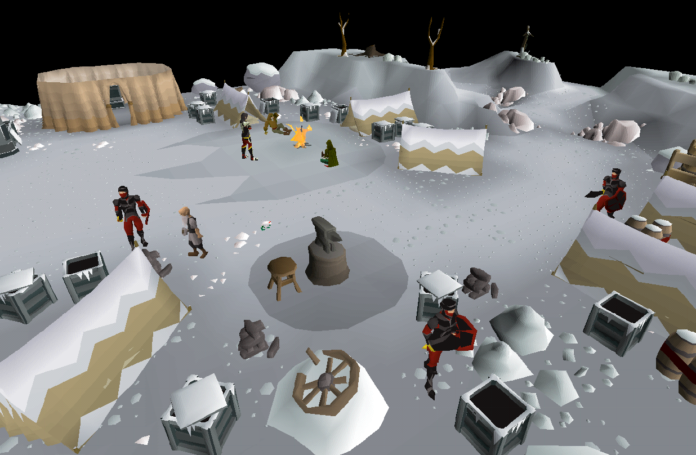 Firemaking is one of the less popular skills in Old School RuneScape, but that doesn’t make it any less important. Its lack of popularity can be seen in the inherent lack of guides about it. To make up for that, here’s one from us. Hopefully, you learn from it and start your own fires really soon.

A companion skill of Woodcutting–and it makes perfect sense why–the Firemaking skill is important in cooking. In turn, cooking is a good skill to earn OSRS gold with. It can also be used to create a heap of ashes, which is used to make serum 207 potions, an item that is created when Herblore is being leveled up.

Starting a fire requires two things: a log and a tinderbox. There are many ways to start one, but they’re pretty much the same. Either you use both the log and tinderbox from your inventory, or drop the log and then either right click on it and choose “light log”, or use the tinderbox on it. Also, if you’re a member and have had barbarian training, you can use a bow to light a fire.

Your Dishes Are Hot

If you’re free-to-play, unlike most skills where there’s variety in the actions you take or the items you can create, all you do to level up Firemaking is to light logs. So if you have a lot of cooking to do, then it’s no surprise that your Firemaking level is going to shoot up too!

The amount of EXP you gain from lighting a fire depends on the log you use. At the same time, the kinds of logs that you can use depend on your Firemaking level.

Logging Behind No More

To get even more EXP from the logs you burn, you can create pyre logs. For that, you have to apply sacred oil on the log that you’ll be burning. The higher the level of the log, the more doses of sacred oil is needed to convert it.

To create one, you have to first help in the repair and/or defense of the Flamtaer temple, which is north of Mort’ton. After the temple has been fully repaired, you can now light the center of the temple and turn olive oil into sacred oil.

The process of olive oil to sacred oil conversion requires Sanctity points, which are gained by defending or repairing the temple. This means that every time that you will turn an olive oil, you’ll have to play the corresponding mini-game.

Aside from the significantly higher EXP gained from pyre logs, they can also be used with Shade remains when you’re on the outskirts of Mort’ton. Doing so will yield Shade Keys.

Fighting Whatever That is With Fire

On the other hand, if you’re a pay-to-play member and you already have level 50 Firemaking, then aside from burning logs west of the grand exchange, you can also fight Wintertodt. It’s a boss, but instead of fighting it, you have to use your skills in order to beat it. The boss works this way: rather than fighting it directly, you will be assisting the pyromancers, a band of Arceuus mages, in stopping the Wintertodt. They’re the only ones that know the magic that can stop the Wintertodt, but they don’t know the more practical skills, and it’s up to you adventurers to do that.

To gain Firemaking exp through this boss-like minigame, you need to keep lighting the braziers. To do that, you’ll need either a bruma torch or a tinderbox, as well as bruma roots or bruma kindling as fuel. Doing this can grant you over 161,000 EXP at level 50, and 320,000 EXP at level 90.

Keep in mind, however, that while Wintertodt feels like a minigame, it is still a boss and can kill you, which means you lose your items if you die against it and don’t recover your items upon respawn. Be wary!

In Gielinor, play with fire and you become better at it. So set the world of OSRS ablaze–it’s for your own good!

Warzone can be deemed as probably the most sought after Battle Royale game on the market currently. This is due to the fact that...
Read more
Games

The world of GTA V is vast as an ocean filled to the brim with an absurd number of things to do and see....
Read more
Games

Minecraft is arguably the biggest game across the world. The main reason for the game's success is the variety of games that have been...
Read more