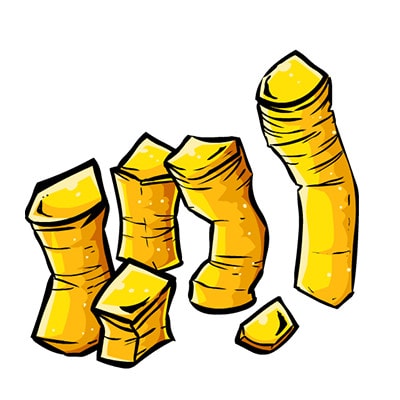 You may already read an article or two telling you how you can start making money playing online games. Sometimes you might even hear it from your friend, but the question remains, is it really a thing? And can you make enough money playing video games to sustain your living expenses?

Now, if you’ve been gaming for quite some time now, you may already be familiar with Old School RuneScape. A popular massively multiplayer online role-playing game (MMORPG) that was released in February 2013 by Jagex.

We’re focusing on this game because it’s already proven to have a great demand, over a million people all over the world has or are still playing Old School RuneScape (OSRS} from millennials to those part of what we called Gen Z. And since it’s released the game has only gotten better with regular updates being released by the game developer to cater to their players’ needs and preference.

So where do we begin making money from playing OSRS?

The first thing you’ve got to do to start earning money from playing this game is by creating your account and character. RuneScape beginners will stay at Tutorial Island for a while until they’ve learned the basics of surviving Gielinor.

Now, it may be too early to decide, but you’ve got to be ready to spend money first before you start making money from this endeavor. What we’re saying is you may have to buy OSRS GP first to acquire better weapons and armours for your character, it also helps in training certain OSRS skills like Construction, Herblore, and Agility.

The good news is membership for RuneScape can be bought either from RuneScape’s official site or through a third-party company that sells cheap RuneScape memberships.

For the first few weeks while you get a hang of playing OSRS, you can stay as F2P, but as you get better it might be best for you to buy a RuneScape membership to unlock more location, quests with better rewards, and the members-only skills.

One of our favorite methods of making money is by tanning cowhides. You can start tanning cowhides when you acquired at least 7 quest points or have played the game for at least 24 hours and of course some OSRS GP. This gold making method highly depends on your Crafting level and having at least level 28 to make a good amount of OSRS money from this.

It works by buying a good amount of cowhides from the Grand Exchange first, and then you proceed on tanning them with the goal of selling them back at the Grand Exchange for a quick profit. You can expect to earn about 40,000 to 50,000 OSRS gold from this method per hour.

Another great money making method in OSRS is making unfinished potions. A quick reminder that Herblore is a member’s exclusive skill that requires an active RuneScape membership.

Making unfinished potions relies on your Herblore skills, the higher your Herblore level is, the better potion you can produce, and the more money you can expect to earn.

For making Kwuarm potions, you can expect to earn about 150,000 OSRS gold per hour.

Once you’ve made enough gold, the next task on your to-do list is to sell OSRS gold online to a reputable buyer. You can decide to sell your gold privately through your friends or by approaching fellow RuneScape players but that may not be the best way to sell your hard-earned GP.

You see, real-world trading is frowned upon by most game developers and one way to get your account banned is by engaging in this type of activity.

OldSchool RuneScape is a game filled with dungeons and monstrosities of all kinds thanks to Jagex’s  game developers who worked hard on creating the...
Read more
Games

OldSchool RuneScape, is a game situated in a fantasy world of Gielinor filled with natural beauties and all kinds of monsters. Furthermore, OSRS has...
Read more
Games

Within OldSchool RuneScape there are physical objects that players can have in their inventory or in their bank. These are called ‘items’ and are...
Read more