The “3 less things” you need to know before playing WoW: Classic 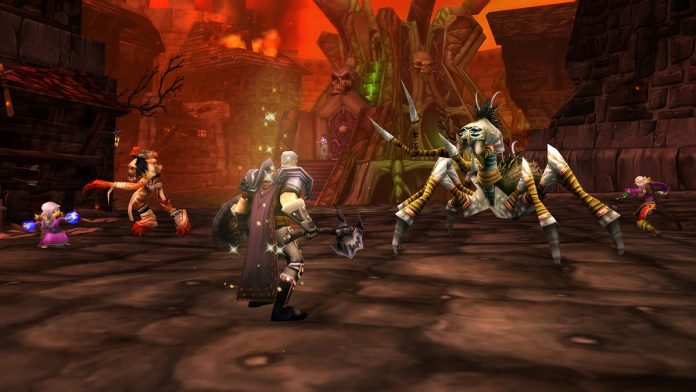 Since last year, August 27, World of Warcraft Classic has been available, a very special version of the most popular MMORPG of all time. It is not an expansion, nor any patch or addition to Blizzard’s online game, but a kind of ‘revival’ version of what World of Wacraft was like shortly after launching, 16 years ago. It’s actually a new experience based on patch 1.2, called ‘The Drums of War’, just like the original game worked before its first expansion, Burning Crusade, which arrived in 2007.

This option to replay WoW as it was played in its beginnings is an old request from the community, which has always wanted to relive that experience as in the first days in Azeroth. Blizzard did not take this request very seriously at the beginning, but the insistence of the community has made the developer end up considering the option seriously, and in the end it has made the dream of many of the game’s fans come true. Thus, WoW Classic has launched as a gift to its players, since the game is not sold, but is available to anyone who has an active subscription. You don’t even need to purchase any extra expansion. You just have to reactivate your account by paying a subscription month (if you did not have it active).

If you are a veteran player, you will only have to search your memory to remember the main changes, but if you did not have the opportunity to play it 15 years ago and you want to travel back in time to enjoy WoW ‘like the grown-ups’, these are the 5 big changes that you will find in WoW Classic (and no, they are not bugs or errors, it is that it was played like this):

The first thing to keep in mind is that when WoW came to the world, its factions, races, classes, and maps were much more limited than they are now. 16 years have been given to increase its lore exponentially and the patches and expansions have enlarged and complicated its world and the inhabitants in it. So look for us demon hunters, monks or death knights, just as you will not see huargens, goblins, pandaren, draeneis or blood elves, AND do not try to access places in Azeroth beyond Kalimdor and the Eastern Kingdoms do not exist. Thus, you will probably not be able to replicate some of your favorite WoW characters, or revisit many of the dungeons or rooms that you like the most from the most current WoW experience.

Nowadays we learn our skills automatically, but in WoW Classic it is not like that, we depend on a Class Instructor. Here we have to see our Class Instructor again to learn new ranks or skills (this usually happens every two levels). And this, in addition to being tedious, is expensive. Learning new skills will cost us gold and we already told you that getting gold then was not as easy as it is now. In fact, you will go a long time without acquiring new abilities due to a lack of gold.

In WoW Classic there are a total of 8 races and 9 classes. But think that Shamans are only available in the Horde and Paladins only in the Alliance. Oh, and remember that classes are relying on certain items again (hunters have to save arrows, warlocks collect soul fragments …).

Perhaps worst is the turn back in the game in many of the ‘comforts’ that has been winning the title in many respects. Obviously this is the most shocking aspect, as we have seen in the open beta phase, where many players reported to Blizzard errors that were not, but that they were things that did not exist or that could not be done in the game original.

As we have said before, gold was the big concern in the early days of World of Warcraft. Acquiring new skills required gold, a lot of gold, as well as being able to get better equipment (the chances of collecting good caches were minimal). And the downside is that gold, which in WoW current times seems to be raining from the sky, was a very rare metal to obtain in the early days of Azeroth.

Some tips to get gold in WoW Classic is above all, save and not spend like crazy. You don’t need to learn all the skills, but you can skip some of them and focus on the ones that interest you most. If you want to easily get higher levels, using wow classic boost is very recommended.

There's much to love about the games like terraria video game that provides direct and scripted experiences, specifically when they are finely crafted. Still,...
Read more
Games

This article describes games like civilization. If you love turn-based technique games and you're itching for something new to attempt, take a look at...
Read more