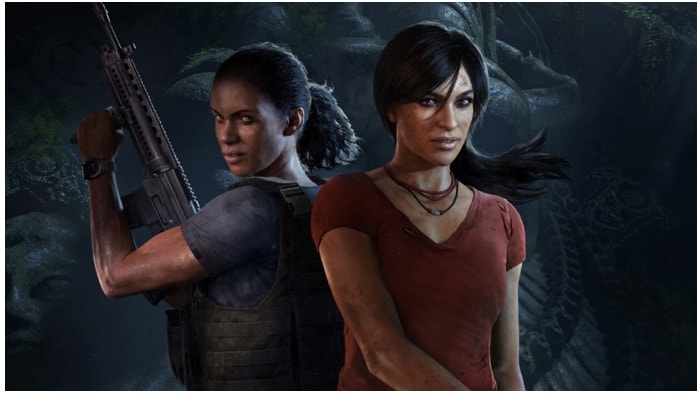 Girls in video games inevitably attract the interest of gamers of both sexes. But sometimes it also happens that the seemingly bright and charismatic heroines remain deprived of folks’ love, although they deserve it to the fullest. Today, we want to remember just about them – less known, less talked about, and sometimes even undeservedly forgotten heroines who are wanted to be seen again on television, monitors, or handheld gaming systems. By the way, there are spoilers in the text.

A lot of girls love gamers. Figure out how to create a good online dating profile by clicking the link.

Perhaps Sniper Wolf is one of the most memorable opponents in the first three-dimensional part of the cult series Metal Gear Solid. She is a highly skilled sniper, a wild girl that grew up on the battlefield and knew the incredible horrors of war which forever knocked out from her mind any hints of naivety or trust in people. Under the guidance of her teacher and hero, she became one of the best snipers of her time. The only person who managed to overcome this purposeful, cold, and patient girl was the main character of the game, Solid Snake. The death of Sniper Wolf is one of the most touching scenes in the whole game, probably only the result of the battle of Big Boss with his legendary mentor – The Boss – can be compared to it.

Probably, the most underestimated heroine in the Final Fantasy series is Quistis Trepe, a young instructor girl who is constantly trying to help Squall become more talkative and make him a normal student at the Balamb Garden Academy. Thanks to her innate genius spirit, Quistis became the youngest instructor in the history of the garden and a strong magician. But despite her position, this girl continually succumbs to jokes and even to the manifestation of disrespect on the part of her students – this is mainly due to her age and very soft character. She still has not learned how to behave quite strictly, and when she tries, it looks comical. She is also very shy. This quality prevents Quistis from developing good relationships with others and especially with Squall who she’s in love with.

Lacking someone to share your video games passion? Try to find a girlfriend here.

This Australian treasure hunter who became a passing passion and workmate of Nathan Drake, the protagonist of the Uncharted series, was probably remembered by many players, but, unlike Elena, she was quite successfully forgotten by the scriptwriters. Not even forgotten, but simply faded into the background. This playful, but at the same time cruel and ready for anything girl, for the sake of achieving her own goals, possessed not only the dignity that catches the eye but also a strong charisma that attracted those around. We want to believe that we will see Chloe again in games from the Naughty Dog team.

Well, someone who definitely doesn’t lack the courage, cunning, and hacking skills is Trip, the young heroine of the game Enslaved: Odyssey to the West. She managed to provide for herself a reliable defender, sturdy Monkey, a strong and skilled fighter, in a tricky way. All required for this was to apply the skills of reprogramming the devices to a special headband worn by slaves and to put this device on the head of Monkey. But Trip can not only use Monkey’s skills, forcing him to defend himself, but also helps him with everything she can – mainly, this is a small mechanical dragonfly that can scan the surroundings for the presence of deadly robots. It also knows how to open locks and solve some puzzles.

The story of the young Koudelka Iasant is as gloomy and interesting as the game bearing her name – Koudelka for the PlayStation One. The main charm is our heroine, who suddenly felt within herself an awakening of powerful psychokinetic forces, and after some time, she had predicted in advance her own father’s death up to a minute. The mother, distraught with fear of the force that awoke in her daughter, tried to kill her but only stunned her. Then, the girl was expelled from the city. Don’t be surprised because the events of the game develop in the 19th century. After more than 10 years, a spirit comes to her, asking Koudelka to go to a certain Nemeton monastery in Wales, where one of the main adventures of our heroine begins. Many years after the events of the game, already being a 34-year-old woman, Koudelka pleases her fans again with her appearance in the game Shadow Hearts. Unusual forces, determination, courage, and charm of this heroine brought her to this list.

Call of Duty Warzone Tips That Will Lead to Your Victory