What CBD Has To Do With The Endocannabinoid System In Dogs 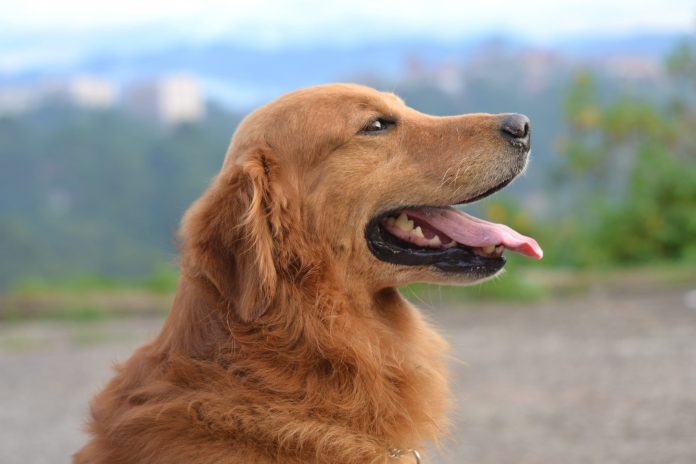 It’s really easy to forget the significance of science and scientific researches and discoveries until you need something explained. For example, you would probably be ignoring the findings that proved our pets have endocannabinoid system and can consume CBD based products, until you find that your dog could benefit from those products. That’s when you would start wondering about the ECS, about CBD and about what science has to say on that topic.

What Is The Endocannabinoid System?

Since you are clearly interested in the topic right now, I suggest we start with the basics. Your first task is to understand what the endocannabinoid system actually is and what role it plays in your canine’s life. After you find out more about the ECS, you will automatically start understanding CBD’s part in your dog’s wellbeing. Although, we won’t leave it at that and I’ll explain those effects as well. Let’s get started.

The endocannabinoid system, or the ECS, was initially discovered in human beings due to the scientists’ determination to understand and explain the psychoactive effects of cannabis. People have been using this plant for a long time when a scientist known as Dr. Raphael Mechoulam decided to find out what it is that actually gave cannabis such power and such unique effects, both medicinal and recreational ones. Thanks to his research, we now know that this plant contains compounds known as cannabinoids.

His research also led to the discovery that not all of those compounds act the same way in our bodies and that THC, for example, binds directly to CB1 and CB2 receptors and produces psychoactive effects. Other compounds, such as CBD, don’t act the same way. That means that you need to separate these two substances from the very beginning and put it in two different brackets in your brain, even though they come from the same plant.

Let us now cut to the chase. It was only a matter of time before researchers became interested in the topic of the ECS and animals. Since it was discovered that humans have this system and that it is responsible for much more than just the feeling of getting “high”, it’s no wonder that scientists wanted to check whether animals also have this structure in their bodies and how important it is for their health.

Those curious and inquisitive researchers didn’t disappoint. Their efforts made us understand the role of the ECS in our pets’ wellbeing and quality of life. They found out that all mammals have this system in their bodies and that it is responsible for numerous bodily functions and processes. Those processes include the mood of our animals, their appetite, sleep habits, digestive functions, immune functions and much more.

What Does It Consist Of?

In order to really understand how CBD fits into this whole story, we will need to take a closer look at the ECS and its components. It has been found that it consists of three different, but all very important parts, i.e. components. Let us dive in a bit deeper and have a look into those components and their respective roles and functions.

For starters, there are endocannabinoids, i.e. chemicals that your dog’s body produces all by itself. These are responsible for all kinds of processes in their bodies and there are two predominant ones that you should take into account. Those are known as anandamide and 2-AG and they each have their own purpose. The easiest way to explain them is to say that they work as neurotransmitters and can affect and alter the way neurons and other cells communicate with each other.

The endocannabinoid receptor cells that actually receive the two endocannabinoids mentioned above are the second crucial component. There are also two main types of these receptors, known as CB1 and CB2. CB1 is found in rather high concentrations in your animal’s brain, while CB2 is found on cells in the immune system and certain neurons and it exists in much lower concentrations.

The last, but definitely not the least important component is known as enzymes. These are responsible for both synthetizing and degrading the cannabinoids. These three components act together towards the promotion of your dog’s health and the improvement of its overall quality of life. Now it’s time to see the role of CBD in that whole process.

What Does CBD Have To Do With It All?

As you probably already know, CBD is a phytocannabinoid. Unlike endocannabinoids, phytocannabinoids aren’t produced in your pet’s body, but by plants. That’s the major difference between the two substances. I know what you might be wondering right now. Given the fact that their body produces these substances on its own, why do we even have to talk about CBD?

The answer is rather simple. Your dog’s body might not always be able to produce the amount of cannabinoids necessary for its health and proper functioning. CBD serves as a supplement and adds the substances that are missing in the animal’s organism. When your canine is affected by certain diseases, it can lack a lot of cannabinoids and CBD can make up for those. On the other hand, when your pet is perfectly healthy, it could still use a little boost and the promotion of the whole ECS, which is where CBD plays its part perfectly.