3 benefits with a pre-configured VPN router 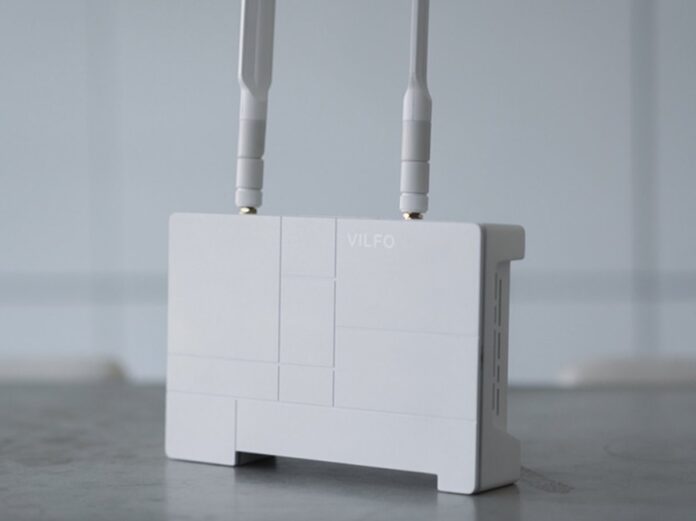 With most VPN routers, you will have to fiddle around with manual install files to install a VPN. It is a tedious, time consuming and not a very beginner friendly process. However, if you purchase a pre-configured router, you will not have to use manual install files at all. Everything works as intended within a few minutes.

However, please note that it can be hard to change VPN provider with a pre-configured VPN router.

3 great pre-configured VPN routers are below;

Vilfo is made by the same team that´s behind the Swedish VPN provider OVPN. They develop the software (a custom version of DD-WRT) themselves, and they know what they do. With the Vilfo router, you will be able to reach a connection speed that exceeds 1 000 Mbps when connected via WireGuard.

The Vilfo team provides firmware upgrades continuously, as opposed to most major router manufacturers that abandons “old” routers within a few years. With most other routers you will be able to get function updates for a few years at best, and after that they’ll ask you to upgrade your router to one that’s “even faster and better”.

The Vilfo team does not work that way. So, you can count on that your Vilfo router remains relevant for many years to come.

The Vilfo routers has one caveat. It´s relatively pricey, but that is it. However, in the long run, it is a good choice to pay a small premium to get a hold of a VPN router that will work for a very long time to come.

If we are harsh, Vilfo is not a pre-configured VPN router since you do have to install a VPN on it. But since you can install a VPN within minutes, which is done by simply entering your VPN credentials, that is not even a con, its preferrable. With Vilfo, you will be able install any one of the 26 most popular VPNs within minutes.

That means that you get to pick your own VPN provider, like NordVPN, OVPN or ExpressVPN. It would make sense for the Vilfo team to bundle their router with a OVPN subscription, but they will not since they prefer to give their customers a choice when it comes to choosing a suitable VPN service.

Linksys WRT1900ACS costs $249 (VPN subscription cost not included) at Flashrouters.com. And if you buy it at their online store, ExpressVPN is the preferred provider. More specifically, you will have to use ExpressVPN from the get-go.

Changing VPN provider is doable though, but also time consuming and tedious. Linksys WRT1900ACS has a max speed of about 100 Mbps when connected to a VPN server. That is a solid performance, but at the same time: Why pay for an expensive VPN like ExpressVPN, that charges you from $8.25/month, when you are capping your connection speed with a sup-par router?

You must dish out $399 for an Asus AC5300 router. And that is steep, since the Vilfo router is more powerful. If you buy your Asus AC5300 router at Flashrouters.com, they won’t tell you which VPN provider to use. They install DD-WRT on it, and that is that.

And to be clear, the custom version of DD-WRT, not the DD-WRT version that Vilfo offers that is tweaked for VPN use. You also must pay a premium fee of $15 for customer support, which the Vilfo team includes for free.

The Asus AC5300 takes up a lot of space and has a peculiar design. It looks like a giant spider, as opposed to the more sleek and clean design that Vilfo and the Linksys router offer. But we cannot be too harsh. Asus AC5300 is a powerful VPN router which can compete with Vilfo hardware wise, but when it comes to software and the connection speed offered, nothing beats the Vilfo router.