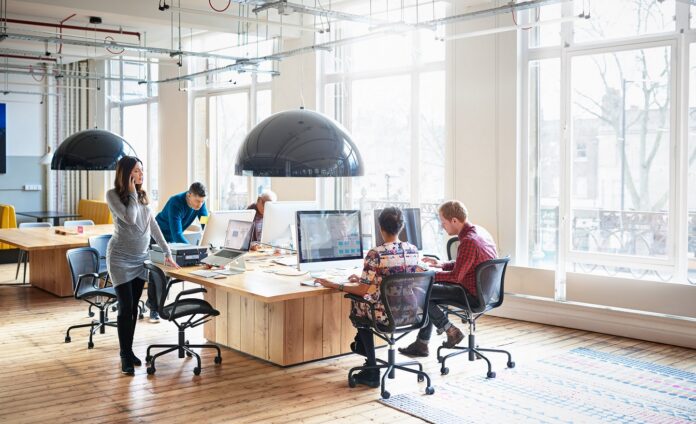 When you try to determine a programmer’s salary, it often seems that the sky is the limit, and it all depends on the boldness and self-presentation skills of a job candidate. The matter gets even worse with cutting-edge programming languages, such as Angular, as the hyping technology seems badly over-priced. But it’s not so, and even although salaries for software engineering indeed vary broadly, some common criteria and factors are helping determine an actual figure you’ll need to pay. How much do Angular developers make? We’ll give you a definite answer to the question in this post.

In a nutshell, Angular is a handy and coder-friendly JavaScript framework developed by Google to make coding simpler and resulting apps – more flexible and usable. With tons of new frameworks emerging day by day and only a handful thereof living for more than one year, Angular has been enjoying stable popularity and demand for the past decade. It also laid the basis for numerous newer frameworks, making coding even more efficient. Angular creators please the community with regular updates, and now versions from v2 to v9 (released in February 2020) are available.

Why Is It So Trendy?

Numerous sources indicate the rising popularity of Angular across the globe, with each new version accepted warmly by the vibrant Angular development community. The reasons are many, including the inclusion of Angular into the MEAN stack – a universal stack of four technologies enabling full-stack software development (MongoDB, Express, Angular, and Node.js). Its notable benefits also relate to two-way data binding, availability of directives, dependency injection, and a huge community providing training manuals, discussions, support, and quicker problem-solving. Angular has a component-based architecture that ensures a higher quality of the code you write, and the TypeScript language on which it is created offers valuable bonuses of better tooling, cleaner code, and greater scalability potential.

How Much Should I Pay an Angular Coder?

First, before clarifying the sum you’ll offer to your new Angular developer, keep in mind that the remuneration will vary broadly depending on the following factors:

Now let’s proceed to figures. According to a PayScale survey, the starting hourly rate of an Angular programmer performing front-end tasks is $23.22 per hour, which makes it $58,752 per year. In case you require a more experienced front-end software engineer, be ready to pay $50 per hour, while an annual salary will equal $128,000. Back-end Angular developers will cost you anywhere from $28.5 to $451 per hour, resulting in $74,664 to $100,000+ per year.

If we take a look at the Angular developers’ salary breakdown by country, not by seniority level, it turns out that the highest salaries are in the USA ($83,000 on average), India ($80,000), and Switzerland ($99,000+).  In Australia, Angular coders earn notably less, around $56,201, while in Germany, their salary mostly ranges at $55,000. Next comes the UK with a mean annual salary of Angular developers at $45,918, and Canada with an annual income of $47,893. The Netherlands better employment conditions, with annual wages ranging within $50,000.

As a comparison with these statistics for European and Western states in terms of Angular programmer salaries, one can take a look at one of the major outsourcing locations in Eastern Europe – Ukraine. Here, software engineers specializing in Angular receive around $25,000 on average, which is 2-3 times less than in major Western countries examined here. These figures mean that Western companies can consider setting up remote teams of Angular developers in Ukraine without quality compromises to save two- or three-fold on the development salaries.

Obviously, the Ukrainian salary range is not the bottom; you can hire Angular coders for as little as $7,000 a year in India, or around $11,000 a year in Malaysia.

With this breakdown by country and by seniority level, you may be better placed to decide on where to hire Angular coders. Choose based on your budget, project requirements, and location, and try not to pay extra for the work that can be done cheaper.

All You Need To Know About Full-Cycle Development

All You Need To Know About Full-Cycle Development

Does Your Business Need a Tech Upgrade?