Techolac
Home Internet What Is Dave Woodward's Role In ClickFunnels? 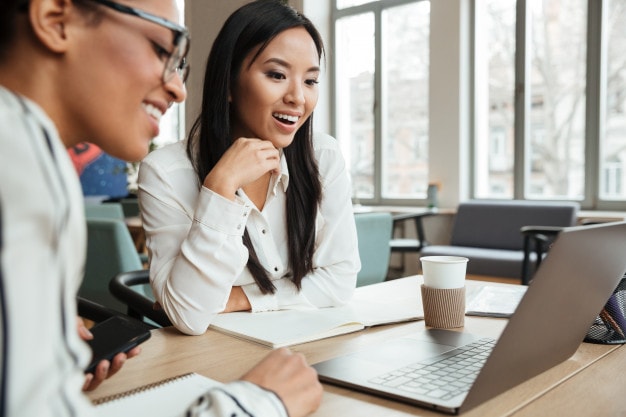 Like the audience he serves, Dave is a driven entrepreneur, often playing multiple key roles within the company.   He oversees the top-line revenue streams,  focuses on brand growth and awareness, and is the spokesperson and podcast host…all while being first and foremost a dedicated family-man.

Dave has worn many hats inside ClickFunnels, from CEO to Chief Business Development Officer, Chief Revenue Officer, Podcaster, and spokesman.

Yet, no matter which key role he steps into, Dave has been instrumental to their rapid growth over the time he’s been involved.  That’s because, for Dave, it’s not about the title of the role, it’s about the results.

ClickFunnels specializes in helping small and medium-sized businesses build attractive marketing and sales funnels to help them expand and grow. Their easy-to-use system has seen incredible growth over the past few years.

Since ClickFunnels’ inception 6 years ago, the Saas company currently serves more than 170,000 paid users. ClickFunnels has enabled those users to build a combined 7.1 million sales funnels.

Together, their users have sold over $6.6 Billion worth of their products, and generated over 1.3 Billion leads for their businesses, making ClickFunnels the fastest-growing Funnel SaaS company in the country .

Dave Woodward plays an integral part of that growth.

While he is the CEO of ClickFunnels, he also has a service-FIRST leadership approach, and because of that, titles simply don’t mean that much to him.

He believes that it’s not so much the power of a title, but rather than what you do with your actions.  It’s about operating at the highest possible capacity (regardless of which role you’re in) to get a result.

This overarching message reverberates into all areas of ClickFunnels, including their 400+ team.  Each employee (no matter their position or title) understands that they play an integral part to get results, and ‘move the needle’ forward for the company in their own special way.

But Dave Woodward’s responsibilities don’t end at being the CEO.  He’s also one of the main ambassadors and front-facing voices behind the company and their rapid-expansion.

Hosting ClickFunnels Radio Podcast has given Dave a platform to speak with a wide range of business leaders and marketing leaders who share bits of wisdom to help other businesses succeed.

As host of ClickFunnels Radio and Funnel Hacker Radio, Dave Woodward uses his high-energy, and insatiable curiosity to interview guests, and extract key information that can help his listeners.

His easy-going conversational style allows his guests to share their insider perspectives, and gives the listener extraordinary behind-the-scenes access to sales and marketing secrets never-before shared with anyone else.

Weaved into the different podcast episodes, Dave also highlights some of the critical features that make ClickFunnels so simple and powerful for business owners, including an simple drag and drop style editor, and over 100+ funnel templates and funnels that entrepreneurs can use to quickly get their funnel built, without needing to hire or rely on a tech team.

By hosting the podcast, Dave Woodward gives voice to the ClickFunnels brand, expands its audience, and shares tips that benefit users of their SaaS and others alike.

It’s just another role that Dave plays within ClickFunnels, and yet, like all his other responsibilities, he throws himself into this position with passion and confidence.

His Personal History As A Philosophy For Success

Dave is no stranger to obstacles.  He’s had more than his fair share of challenges, which he’s intentionally used to propel him on his journey to success.

As a young boy, he suffered a disease that required him to relearn how to walk and talk, and that lesson of overcoming adversity served him well later in life.

In 2011, he lost everything in his finances, which he used as a catalyst for professional growth and philosophy of conquering any obstacle in his path.

The same outlook holds true whenever new challenges arise in business.  As CEO of ClickFunnels, Dave’s responsibility is to analyze any obstacles that his team is dealing with, and draw on his past experiences and philosophy for success to steer the company forward.

When asked what precisely he does, Dave Woodward replies, “Just Mr. Get It Done. That’s what I care about.”

Leader, spokesperson, family man, adventurous entrepreneur, and results-oriented are all traits that describe Dave Woodward. These are the features (not titles) that define him as a person, and are attributes he applies to his multifaceted roles within ClickFunnels.