What Is Zalgo Text? 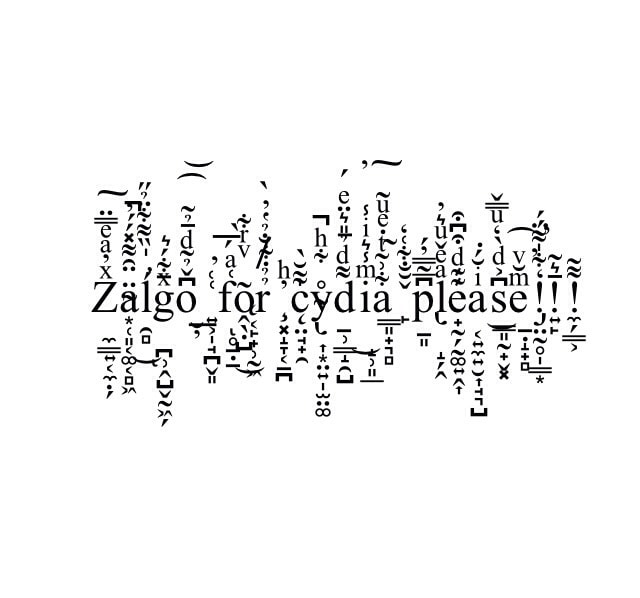 Have you ever heard of the mysterious Zalgo Text? They say it is the cursed font used in creepy antics. But how much truth is there to these claims? For that, we have to look into the meaning, history and usage of this intimidating font and whether there is substantial evidence of the cursed nature of this text.

The claims of Zalgo Text have been shrouded in mystery, but today we intend to unravel them to see what Zalgo text really is in reality. But before that, acquaint yourself with its meaning. It will come in handy once you better comprehend its uses. Grab a seat, and let’s find out!

Where does Zalgo Text come from?

What does this term mean? And where does it come from? Zalgo text as digital typography originated in 2004 by a forum known as “Something Awful”.

Basically, it was composed of a combination of glitched or distorted figures. These figures exclaimed “Zalgo”; hence the digital text was named Zalgo Text.

The distorted outlook of the Zalgo Text made it an air of creepiness. Consequently, it was considered a symbol of an apocalypse. Ever since its conception, it has been a subject of conspiracy theories. This is chiefly because the characters used are in creepy shapes. This includes but is not limited to characters with bleeding eyes.

The truth to its cursed nature is primarily myths. However, it can not be denied that Zalgo Text is commonly used in scary tasks. This is why most people regard it as a bad thing without actually knowing its actual uses and influence over the internet.Click on this link to create Zalgo text.  Famously interpreted as scary and cursed, this element has also rendered it an attraction from fans. So it is a good thing as it gives Zalgo the publicity it deserves.

However, it is not only limited to myths and publicities. It has multiple uses. Some of them are listed as follows!

Did you think Zalgo is only for scary tasks and shelved it? Don’t be so scared, and you can make efficient use of it too. How? See below!

Horror or copypasta memes have made use of Zalgo Text excessively. Copypasta means plagiarised memes copied over multiple sites. The way its characters are glitched appears as if there is malfunctioning in the reader’s computer. That’s why it was so famous among meme circles.

Zalgo text is also found in surreal memes. Surreal memes have the intention of generating humour through the absurd or bizarre stuff. Due to this, Zalgo text has been used as a signifier in such types of memes because it has a certain sense of aesthetic sensibility.

This is because it has clipart symbols that lend rarity and abstraction to the text. The absence of real-world elements directly is compensated by strange symbols that hint towards real people and brands hence removing that void.