Best Sitcom of All Times to Kill Boredom during Lockdown 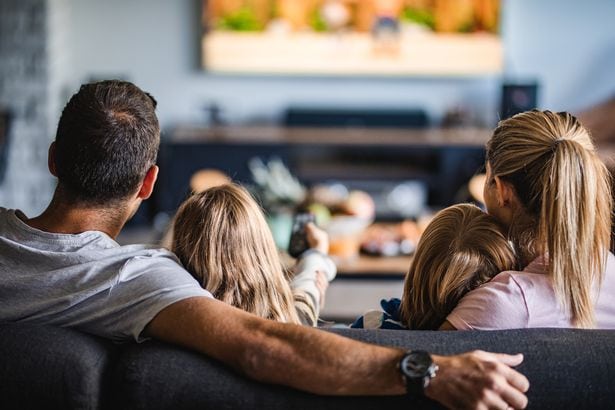 The world is going through the worst pandemic. People are forced to sit at home, maintain social distance, and avoid unnecessary traveling. Those who love to hang out with friends on weekends or throw a party bash on weekends with family are in a state of boredom. Moreover, the tension and stress have gripped every one of us in this time of crisis. Around one and a half year has passed and things are not getting back to normal.

Nobody knows when things will get back to normal. However, to spend quality time with family, the best way is to turn on the television and enjoy comedy and family sitcoms. Some of them are being aired every week, while others are available on-demand.

Most people find streaming services to be the ultimate source of entertainment. While for others with big households and plenty of members, cable TV is the best option that allows everyone to watch channels of their own choice. Even though cable TV prices are quite high, but the perks you enjoy are quite lucrative. For instance, you can check out Optimum TV packages that offer a huge channel lineup of 420+ without any contractual obligation and value for money.

In this post, we are going to discuss some of the best sitcoms of all time. You can watch them with your family without worrying about obscene language and scenes. Let’s have a look at it.

The Simpsons are not considered to be a sitcom for many, but in our opinion, it fits perfectly with the description of a sitcom. The Simpsons have gained popularity among the audience due to not only its quality content but also the predictions it has made long before.

For instance, the outburst of the Ebola virus, Trump winning the elections, Lady Gaga Super Bowl Performance, Fifa Corruption Scandal, and many more. If you are haunted by the number of right predictions done by The Simpsons writer, then make sure to start watching the episodes with your family. You might be able to find some clues and future happenings in the previous or fresh episodes.

The Simpsons was first aired in the year 1989 starring Dan Castellaneta, Harry Shearer, and Nancy Cartwright. The creators of this show include Sam Simon, James. L. Brooks, and Matt Groening.

Friends have a special standing among all the comedy lovers. The show has a total of ten seasons which aired between 1994 and 2004. Until now, the sitcom has been on top of the list for its fans.

Marta Kauffman and David Crane created the sitcom starring some of the famous TV celebrities including Jennifer Aniston, Matt LeBlanc, David Schwimmer, Mathew Perry, and Courtney Cox. The story revolves around six people mainly from New York City. All of them are struggling to meet both ends meet.

But they also tend to find comfort, support, and companionship from each other to deal with the stresses and pressures. The group of friends is caught up in chaos, fights, romances, tears, troubles, and laughs. The show is not suitable for kids as there are many instances when language is not appropriate for them. Make sure to take care of it by yourself.

Gravity Falls is one of the best sitcoms of all times that you could watch with your kids during the lockdown. The mystery-comedy series was aired on Disney XD and Disney Channel in 2016 for two seasons. Gravity Falls was mainly targeted towards grown-up kids centered around Dipper and his twin sister Mabel who spend summer vacations with their uncle at Gravity Falls Oregon.

They run a local tourist trap and uncover the secrets behind unusual activities going in the town.  The creator of Gravity Falls is Alex Hirsch and Kristen Schaal, Jason Ritter, and Alex Hirsch played the lead characters.

When it comes to the best sitcoms of all times, Bojack Horseman surely deserves a place on this list. Most animated programming is associated with kids, but Bojack Horseman is surely one thing every adult must watch. The story revolves around a horse Bojack who rebelled against the odds and presented the world where animals and humans intermingle.

Bojack Horseman was successful in seeking the attention of the audience and somewhat stunned its viewers with its first season. The show was also added to Netflix and gained massive traction. But unfortunately, the sitcom came to an end after only two seasons.

The creator of Bojack Horseman is Raphael Bob-Waksberg and the main stars include Alison Brie, Will Arnett, and Amy Sedaris. The IMDB rating of this sitcom is 8.7 while on Rotten Tomatoes, the rating is 93%.

If you have been searching for a quality sitcom during the lockdown, Curb Your Enthusiasm should be one on your list from now on. The American comedy TV series, broadcasted and produced by HBO, was aired on 15 October 2000. Curb Your Enthusiasm was created by Larry David, who portrays himself as a novelized version of himself.

Larry David is a television writer and producer in Los Angeles. The story of Curb Your Enthusiasm centers around the intricacies of American social life. Most of the episodes of this sitcom revolve around Larry’s obliviousness and disregard for social conventions and expectations.

The social clumsiness of Larry David along with his incapacity to express minor grievance and annoyance leads to a very awkward situation. Moreover, he is also an object of ostentatious confusions.

Curb Your Enthusiasm first started in 2000 and has 11 seasons to its name. If you are looking for a fun-filled sitcom without being bored, make sure to watch it now. You will definitely love it because the sitcom is filled with humor.

If you are, feeling bored of pandemic lockdown and looking for an activity that could relieve your stress, then make sure to start watching the aforementioned sitcoms. These sitcoms are surely going to give you a good time pass and would help relieve stress.

The Meaning Behind Various Gemstones

For centuries, men and women have turned to gemstones to provide them with a sense of protection and power. They used the stones to...
Read more
Lifestyle

As someone responsible for your family’s well-being, there are several responsibilities to fulfil. Among them, securing their future financially should be on the top...
Read more