Techolac
Home Phones How To Spy On Snapchat

How To Spy On Snapchat 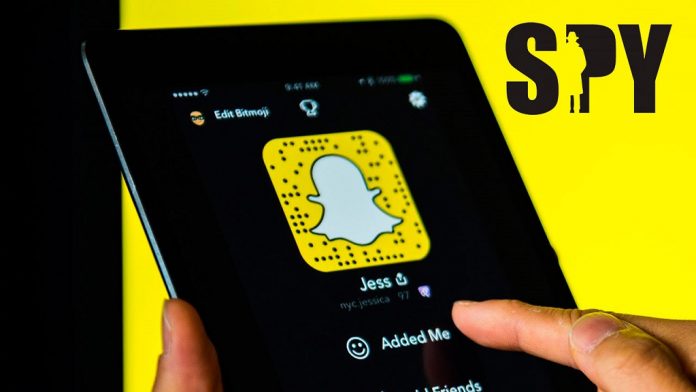 With apps like Snapchat that make it very easy for children and teenagers to connect with others in a very visual way, it’s becoming more and more important for parents to make sure that their children don’t end up doing something that is harmful to them. This includes being solicited by online predators or being the target of cyberbullying. Apps like Snapchat are also causing rifts between couples as they may be used as a tool to virtually ‘cheat’ on one’s spouse.

The two main ways of how to spy on people’s Snapchat are using MAC spoofing and using spyware apps.

One way to spy on Snapchat without using a cell phone spy app is by spoofing the MAC address of your target’s phone. To do this, you would need to find the MAC address of the phone that you wish to track by going into the settings. Once you know this address, you can put it into your own phone. After this, install Snapchat on your phone and to log in, use the number of the target phone instead of your own. Snapchat will send a verification code to the target phone which you need to use in order to verify the account on your device. Once you do all of this, you will be able to log into Snapchat using the account that you want to track, but on your own phone!

If you don’t want to spy on additional activities like text messages and don’t want to invest money in a good cell phone spy app, then this is a great way to spy on people’s Snapchat.

When you’re wondering how to spy on someone’s Snapchat without them knowing, the best and easiest way to do so is by using a cell phone spy app. Spyware apps are those designed to secretly track various activities being done on a target phone. These apps are used to spy on text messages, calls, location, emails, and much more, including Snapchat.

The only thing you need to know about using spyware apps to spy on Snapchat is that you will need to jailbreak or root the target iPhone or Android phone, respectively to do so. But if you can manage that, then the process is fairly simple. You just have to download the .apk file for the spy app of your choice and then install it on the target phone once. After this, you don’t need to access the target phone again and all the tracked data will be uploaded to a secure control panel online that you can access very easily. This makes using cell phone spy apps the best and most reliable way if you’re trying to find out how to spy on people’s Snapchat.

So, for all of you who are wondering how to spy on Snapchat with spyware apps or with another way, now you know the two best ways to do so. By tracking your child’s or partner’s Snapchat activities, you will always be aware of what is going on and you won’t have to worry about all the unpleasant scenarios that can take place. Just be aware that spying on someone without their permission is not something legal so be sure to track someone in a responsible and legal manner.