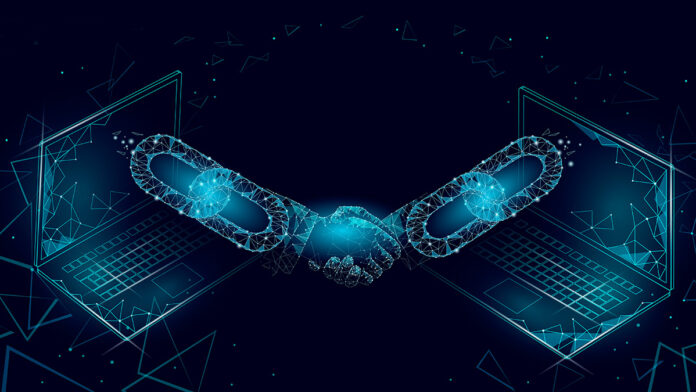 Blockchain technology has spread like wildfire among businesses. Since its inception, it has traveled through industries such as Crypto, Finance, Cybersecurity, and more. Now, it has become one of the most preferred server technologies among top-notch developers.

Now, before we head towards the main information, it is ideal to have a look at a few crucial statistics showing the importance of the Blockchain in Fintech.

Impact of the Blockchain Technology on Fintech

After going through important statistics, let’s dive into the list of a few use cases for which Fintech companies are already using Blockchain Technology. Later, we will conclude this blog with a little insight into Blockchain’s possible future in the Fintech industry.

One of the most important concerns in the Fintech industry is Cybersecurity. Data like Credit card numbers, bank account details, or other user information attract plenty of hackers and result in attacks on financial institutions.

However, with Blockchain Technology, institutions can store user data on a network of computers without having to make the server vulnerable. Blockchain technology is smart enough to detect anomalies and abnormal behavior in the usage of the space. Thus, it detects any user behavior it does not recognize and generates the alert.

Blockchain technology is capable of processing 50,000 transactions per second in certain conditions. One of the fastest Crypto Bitcoin SV has a speed of 224 TPS. Some other cryptos such as Ontology and ICON have transaction speeds of 5300 TPS and 9000 TPS, respectively.

Blockchain is a cloud-based network. Thus, users are free from the burden of buying heavy hardware. Blockchain, with fast internet, can fulfill all digital requirements with an unmatchable speed. Moreover, it is also possible to build cross-platform applications and websites that are faster compared to traditional ones.

The reason is the faster loading speed that Blockchain technology offers. Fintech institutions are now able to integrate payment systems that are supported throughout multiple platforms such as Android, iOS, and Windows among others.

Blockchain technology is a ledger system that keeps track of everything that happens on the server. Thus, even with access to multiple people, it is easier to track down every element of the data modification that occurred on the server. Fintech companies use this feature to observe and find any kind of unauthorized occurrences.

A Fintech organization hires a blockchain app development company to get help in building a mobile app that can process even international transactions. Due to the faster transaction speed and reliable verification system, approving payments done on Blockchain technology is easier. Thus, instead of taking up to two weeks for international payments, Blockchain makes transactions way faster.

6. Enhanced usage of the digital currency

Digital currencies such as Cryptos are getting popular with a rapid speed among users. The reason is not only a secured network or faster payments but also possible high returns on investments. Due to the increasing popularity but less supply, cryptos such as Bitcoin have a high value. Moreover, the value of Bitcoin has decreased only in rare cases. Thus, many users who had been investing in the same have chances of having higher returns. In the future, digital currencies such as Bitcoin will end-user dependency on paper currencies. Moreover, it will also make hiding fraud or corrupt money tougher as Blockchain keeps a record of every single activity.

In most common cases, hackers attack fintech companies to either steal data or to destroy it. In some cases, hackers were also using data as a hostage and demanding some ransom to unlock it. Not fulfilling their demand would result in getting the entire data destroyed.

Now, with Bitcoin technology, these cyberthreats have less impact on fintech companies. Organizations have a safe space to keep a data backup that they can retrieve anytime and that too, with a faster speed. With such adaptability, many other industries are also adopting blockchain technology. A few examples are- developers of the most popular AR apps, gaming apps, and more.

Before we wind up this blog, let’s have a look at everything that we discussed above.

Moreover, as blockchain technology has not covered a huge sector of the financial market, many organizations that have already established themselves, have an opportunity to grow their businesses. Now, the question is- How many businesses will trust it and how many will still wait? But, it is clear that fintech companies that will not adopt blockchain in the near future, will have a huge competition to face.

Jason Camaya loves carrying his camera wherever he goes. When he doesn’t click pictures, Jason loves to write, play video games, and procrastinate. He has been writing for https://www.mobileappdaily.com/ for quite some time now, and as talented as he gets, he is giving tough competition to his fellow writers. He has been featured on many websites and blogs.

How To Improve The Quality Of AI Training Data