What’s the future of businesses with Artificial Intelligence? 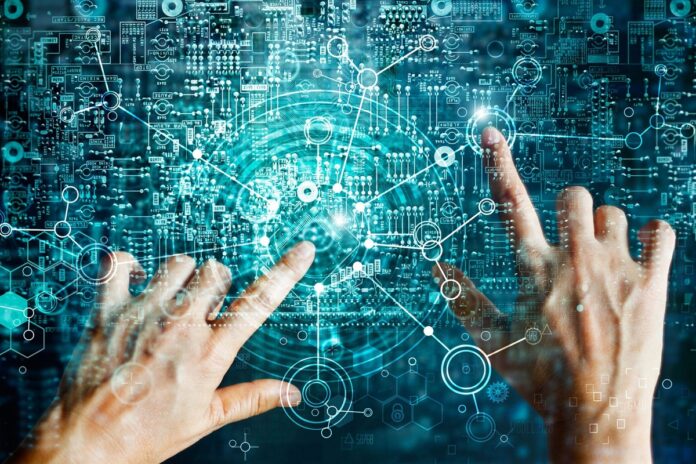 Not everyone has accepted the fact that Artificial Intelligence is going to transform our daily lives. Many still believe that it is a part of a science-fiction dystopia unlikely to affect us on a significant level. However, the fact is that AI is becoming more commonplace in numerous industries and has even managed to establish its presence as a household name.

It is definitely not a new phenomenon as developers have been working on Artificial Intelligence for quite some time now. But, its acceptance in mainstream society is undoubtedly something futuristic. The history of AI takes us back to 1956 making it less than a century since we first encountered the system and started making it a technologic reality.

When you think about Artificial Intelligence maybe you do not realize the role that it plays in your daily life. More than a hundred million people nowadays use Amazon’s Alexa which is a pure child of AI. Hundreds of thousands of ordinary men and women use numerous financial advisory systems or trading bots without realizing they are the products of Artificial Intelligence. We are soon to witness a major takeover of self-driving cars, again a purebred AI legacy.

The most important thing is that AI can take part in nearly every business industry worldwide with no restrictions to the scope of operations. It can accomplish both mundane and breathtaking tasks, improve the efficiency of numerous business operations, establish new frameworks for companies and dozens of other uses. But what is the future of businesses that allow AI technologies to infiltrate their realms?

What exactly is Artificial Intelligence?

Let’s define Artificial Intelligence before we talk about its influence over the business world. It is a very broad and general term used to describe any sort of software that takes part in manlike activities. These activities range from learning and planning to complex problem solving and advisory functionalities. Thus, Artificial Intelligence can encompass so many things ranging from smartphones and drones to auto trading bots for Forex and banking services. To understand what is the sort of AI that businesses predominantly use today, we have to examine it in depth.

Undoubtedly, machine learning is a leading AI method implemented in the development of numerous businesses. Its primary purpose is defined as processing immense data amounts seamlessly. Machine learning AIs are advanced algorithms that process the data and learn over time. They constantly get better in their tasks longer they are dedicated to accomplishing them. Hence, increasing the data amount will only benefit the learning process of the Artificial Intelligence algorithm.

That is why machine learning is often captured by the Internet of Things (IoT) and advisory or trading robots. For instance, there are already dozens of brokerage companies that offer AI-driven trading bots, which you can find here and they offer highly reliable and consistent platforms that are based on machine learning of various financial markets, their price data, historic trends, etc.

Simply put, machine learning will work non-stop to identify patterns and anomalies within the provided data supply. Whenever the issues appear within the business operations, machine learning can immediately detect them and notify the decision-makers to implement the necessary change. Therefore, it’s often utilized to find and remove inconsistencies within various systems, as well as for preventive measures.

Apart from machine learning, which seems to be a more or less a similarly broad category of Artificial Intelligence, the AI neural network development gave birth to a method called “deep learning”.

While machine learning is a general method encompassing several different versions and approaches, deep learning is way more specific. It is based on Artificial Intelligence neural networks that engage in nonlinear reasoning. Thus, deep learning has a more precise application in nowadays’ business industry. You will frequently encounter deep learning in fraud detection, sensor movement detection, and few other examples.

Since the capability of the deep learning method includes analyzing an increasingly huge range of factors at the same time, we frequently find it involved in the development of businesses, such as self-driving cars. These cars essentially require numerous factors to be identified and analyzed simultaneously, be it the speed of the car, the distance of the surrounding objects, and various prediction probabilities based on the velocity, or other contextual information. Deep learning is an ideal tool to calculate these types of information side by side efficiently.

It is not surprising why deep learning is considered to be one of the most promising aspects of Artificial Intelligence. While many of the previous AI models were limited in analyzing a single set of data, deep learning systems are updated and improved tirelessly to perform the analysis of numerous data streams in a single go. As a result, you get an algorithm capable of operating more scalable and detailed information and thus being much more independent than any other AI structures we have developed so far.

What should we expect in the future?

There are various speculations that Artificial Intelligence is being developed to replace human intelligence and ingenuity. Most likely this view is very far from being the truth. AI is working as a supporting tool in improving faulty and time or resource-consuming operations and has the sole purpose of simplifying our lives. The advantage that AIs have over human minds in business is the ability to process immense data streams in milliseconds, which man would never be capable of doing. However, the decisions are still up to humans to make based on the recommendations, suggestions, and analytical reporting conducted by the algorithms.

It is still very difficult to predict the future of Artificial Intelligence and its course in time for developing businesses. However, many of us believe that AIs will take over those commonsense tasks that require no skill other than ultra-fast data analysis and calculation without any errors and inconsistencies. We should not be surprised to witness dozens of different AI robots completing our day-to-day mundane tasks in the near future. But whether or not Artificial Intelligence will replace human creativity and individuality still remains a controversial subject.

Top 10 Emerging Technology Trends To Look Out For In 2021