The 7 Best Places to See the Northern Lights 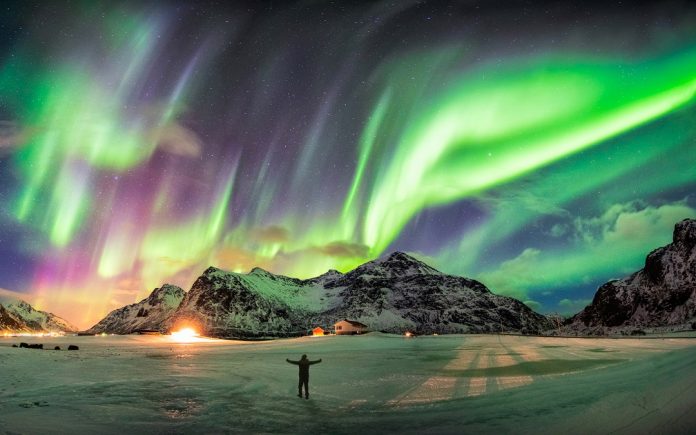 The cold season has at least one advantage – it’s the perfect time to watch the Northern Lights. The Northern Lights are one of the most unusual and beautiful natural phenomena on the planet. In pursuit of impressions, thousands of tourists and photographers from all over the world are ready to go even to the ends of the world for one magical moment.

For those who crave winter fun, visit the website to find out more about a yacht which is an ice-breaking vortex that can transport you to the most remote destination to see the Northern Lights and receive the most unforgettable and breathtaking experience. It is worth noting that, according to Statista, chartering a yacht is the most popular recreational activity.

So where is it worth going to see this natural wonder? We created a list of best places for the Northern Lights hunting.

Northern Norway is one of the best spots for northern lights hunting. The main places are the Lofoten Islands and Tromsø. This city is located 350 kilometres north of the Arctic Circle, and it is called the “Gateway to the Arctic”. The mountains and fjords in the vicinity of Tromsø provide an excellent backdrop for the northern lights. Besides, it is quite easy to get here, the city has a planetarium, and every winter, under the blazing green skies, the Nordlysfestivalen music festival (“Festival of the Northern Lights”) is held. The best time to see the phenomenon in Tromsø is from October to mid-March.

In Finland, the best place to see the Northern Lights is in Ivalo. During the northern lights season, you can see the colourful skies in Finland on almost any night, so here your chances of a purple-green sky show are especially high. The village of Ivalo is located on the banks of the Ivalojoki River in Lapland. In the northernmost region of Finland, there are almost no cars, and the level of light pollution is minimal. If you want to see the Northern Lights for sure, drive your car chase through forests and snowy wastelands, and an adventure is guaranteed.

The Kilpisjärvi region can boast that the northern lights are shown every three nights out of four. And in the Sodankylä and Rovaniemi areas, the glow is visible every second night. Besides, at Kakslauttanen Resort, you can enjoy the northern lights while lying on your bed in a traditional log cabin with a glass dome, sauna and open fire.

The small Swedish village of Abisko is located almost 200 kilometres north of the Arctic Circle, which means that the northern lights are especially bright here. Due to the fact that the settlement is located on the shore of the elongated 70-kilometre lake Turnetresk, the sky here remains clear regardless of the weather conditions in the region.

Besides, the village houses the Aurora Sky Station, which calls itself “the best spot on the planet for observing the northern lights.” If you are looking for a cheaper accommodation option, you can stop in the town of Kiruna, which is an hour’s drive from Abisko.

Iceland should be chosen if you want to avoid severe frosts. Due to the Gulf Stream, the climate here is quite mild, and in winter, in Reykjavik, the temperature rarely drops below zero. In Reykjavik, the world’s northernmost capital, the radiance can be seen in all its magical beauty. You will see not only it but also numerous geysers, volcanoes, and mountains of ice. The official northern lights watching season here runs from October to March.

Once a fishing village in the Südürnes region, today Sandgerdi is a popular spot for northern lights hunters. You can still admire it here in silence and serenity, despite the tourist boom and the proximity of Reykjavik. The best time to watch the aurora is December, January, and February.

With minimal light distortion and excellent visibility in some areas, Greenland is arguably one of the best options for observing the northern lights. A few days spent between September and early April practically guarantee observation of the Radiance.

Due to its location in the northern latitudes, Alaska is almost a win-win option for hunters of the aurora borealis. The city of Fairbanks is located just below the so-called belt of the northern lights, and there is even a forecast of their activity. For the best views, you should go on a special tour that is organised in Denali National Park or the Yukon territory (Canada). You can see the glowing green flashes in the night sky from August to May, from 10 pm to 3 am. Local hot springs will help you stay warm in the bitter cold. From mid-August to the end of April, you can admire it in Yellowknife.

However, it is worth remembering that it is almost impossible to predict the appearance of the northern lights because the chances of seeing it are strongly influenced by solar activity, and not only by the place of observation and the time of year.

Why You Should “Work-from-Home” On A Cruise This Summer

Do you work from home? Have you thought about your next trip? Consider going on a cruise so that you can keep up with...
Read more
Travel

How to calculate travel time between two locations

Calculating your travel time gives you a sense of certainty. It gives you the confidence to plan your day because you will understand how...
Read more
Travel

If you are a world traveler who likes to write, you have probably thought about starting your own travel blog. Travel is one of...
Read more