5 Top Services For Video Conferences You Should Know in 2021 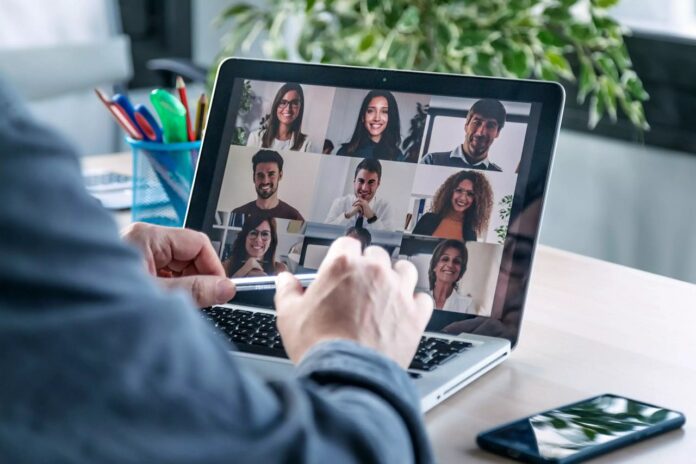 Ironically, the panic-driven spike of interest in remote working made many entrepreneurs turn this necessary measure into a permanent condition of their interaction with colleagues and clients. ‘Work from home is here to stay’, the U.S. tech media PCMag states as 47% of Americans will consider leaving their job if they have no ‘fully remote’ option.

In 2020, Zoom evolved into a benchmark ‘one-size-fits-all’ video conference instrument. Launched in 2011, it announced its IPO in 2019. Zoom made headlines by its eye-watering  $356.8 million IPO raise; its stocks rocketed 72% in the first 24 hours after listing. In 2021, it announced another $1,5 bln stocks offering as the company is valued 10x from IPO price.

Zoom still offers one of the richest toolkits in the segment: up to 100 speakers and 25 streams in free tariff, integration with main browsers, implementations for all mainstream operating systems, HD-video and audio, and so on.

The subscribers of paid plans (start from $14,99) can also enjoy automated meeting transcripts, cloud back-ups of conferences, customized interface and a plethora of other impressive perks.

At the same time, Zoom is at the frontline of criticism due to its perennial security issues. It restricted end-to-end encryption for free users while some of its encryption keys were generated by China-based servers which is considered to be a threat for customers in many countries.

Also, its infamous data leaks with 500,000 accounts offered for sale on darknet forums underlined the problems of security in video conferencing as a whole.

Ok, no new. Compared to Zoom, a native Google’s video conferencing tool has a limited range of functions. Namely, it lacks the ‘Share Mouse/Keyboard/Desktop’ option in the free plan, it offers no transcript instruments and can’t be integrated with social media platforms.

At the same time, it is a part of the holistic Google Workspace ecosystem with its documents, chats, process tracking, cloud storage, and mailing software. It also doesn’t need downloads and installations: all Google Meet instruments can be used in the web interface.

In order to try the whole pack of features, a user should buy a Google Workspace subscription for his/her team.

In a nutshell, Microsoft Team should be referred to as a reliable and powerful instrument for video conferences though mostly suitable for Microsoft-centric corporate software environments.

Its toolkit looks almost similar to that of Google Meet, but additionally their devs implemented ‘Share Mouse/Keyboard/Desktop’ options. Microsoft Teams is the most ‘customizable’ ecosystem for video conferences.

In early March, 2021, Hopin dropped a bombshell by its Series C funding round co-led by iconic VC funds Andreessen Horowitz and General Catalyst. The start-up raised $400 mln at a valuation of between $5 billion and $6 billion.

In 2020, Hopin raised $40 mln in Series A funding and $125mln in Series B co-led by IVP and Tiger Global. Analysts claim that these whopping raises might be the last ones for the whole segment.

Technically, Hopin promotes itself as a large-scale rival of Zoom: while Zoom is suitable for meetings with up to 50 speakers, Hopin is way more ambitious. Besides the ecosystem approach, Hopin pioneered the concept of ‘mega-events’ with 100,000 attendees.

Mind application also shares the ‘ecosystem-first’ approach of Hopin but it has a string of ‘killing features’. First, its toolkit is more impressive than that of ‘first-gen’ applications like Google Meet or Microsoft Teams. It can work in a web interface while the applications for iOS and Android allow seamless access to conferences on mobile.

Then, it is laser-focused on security issues. Mind (imind.com) is the first video conference solution that successfully implemented the cybersecurity best practices and standards.

Mind adheres to a novel encryption design: the security of its users is ensured by WebRTC standards. As such, its encryption protects both the interaction (DTLS) and hardware modules (SRTP / AES-128).

Last but not least, it’s platform-agnostic: while Google Meet is mostly comfortable for Google Workspace advocates and Microsoft Teams requires previous Microsoft 360 experience, Mind on-boards customers with no regard to software stack they already use.

In a word, both users and investors in video conference applications are betting on two trends: ecosystems and ‘security-first’ models. As a result, the two requirements are the ‘musts’ for new unicorns in this corner.