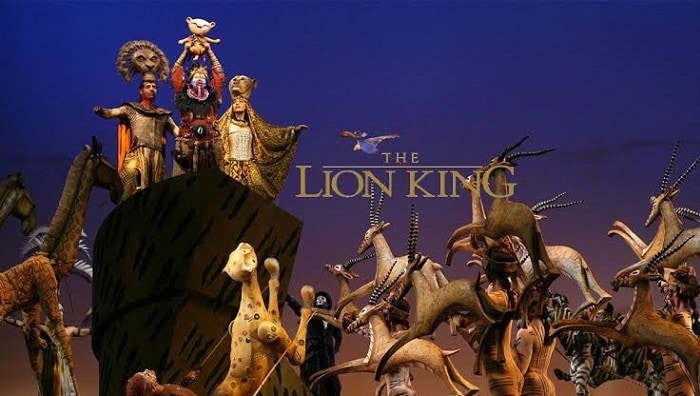 The 1994 animated film produced by Walt Disney “The Lion King” is one of our favorite memories. So, as soon as I heard the musical version of the Disney favorite is coming to AsiaWorld-Expo on 20th December 2019 I booked Lion King musical tickets cheap online and went there. After several sleepless nights remembering my extraordinary experience there, I decided I needed to write this review. So here it goes:

I was dying to see it and then finally it made it to Hong Kong. After watching through the whole musical in detail I can positively remark that it was a mind-blowing success.

Many know this as a Hamlet-inspired story revised version of the 1994 Disney Animation. The musical present before us the little lion cub Simba. Who though the rightful heir to the throne suffers disadvantage at the hands of his own uncle Scar. This evil uncle always had his eyes on the throne so when he saw a chance to make it his own he availed it. Pushing Mufasa, Simba’s father and current king off the cliff and murdering him. After that, he threatens the innocent Simba to run somewhere far to never return.

Simba eventually meets Timon and Pumbaa, who quickly become his friends. While he finally learned to live on his own with them. Destiny takes him back through an encounter with his childhood friend Nala. She encourages Simba to return and take his rightful place as the king.

This show is a creation of Disney Theatrical Productions. With help of Tony & Olivier Award-winning Director Julie Taymor and Producer the Michael Cassel Group, it contains a total of 100 cast members from 20 different nations.

Many of the cast members have performed across the globe since its first production. From South Africa, there’s Ntsepa Pitjeng as Rafiki, Mthokozisi Emkay as Mufasa the role is currently played by Khanyile. Amanda Kunene as Nala is also from South Africa.

From the UK, we have Jordan Shaw as Simba, Antony Lawrence as Scar, and Nick Mercer as Timon. In addition, there is also some cast from Australia, Philippines and Indonesia.

You can say the opening of the musical was one of the most impressive in the history of musical theaters. After two preview performances, the show finally started. There was a quiet rush of voices from the audience before but it soon vanished in the thin air. As the curtains were rising first notes of the iconic “Circle of Life” song by Rafiki could be heard. And then right there in front of us were the biggest, most extraordinary spectacles of all time. Elephants, rhinos and what not all the African animals lined on the stage as the opening number rolled in. The earlier voices of chatters turned into whispers of awe and amazement. More current popular shows My Fair Lady and Anastasia Broadway Musical can be found at

The ingenious designs of Julie Taymor and Michael Curry wipe out the difference between cast and animals. It seemed as we were watching the real animals pacing the lanes of the jungle. Other than furry animal costumes there were also grass-like headpieces and bird puppets to give the impression of the cosmic African grassland.

The musical adaptation was slightly different from the original animation. Like some additional songs and several changes in the storyline. A few mentionable are Rafiki’s change of gender; an additional conversation between Zuzu and Mufasa and more featured songs like “Morning Report”, “Chow Down”, and “One by One”.

To sum it all Rafiki’s gender be male or female had little impact anyway. However, the conversational scenes of Zazu and Mufasa added an additional depth to the characters. The musical numbers were also a pleasant addition.

Other than the above changes, the touring production also modernized the script by adding puns and references. Especially the reference to the Disney Frozen was much appreciated and evoked laughter among the spectators.

The musical is brilliant and must-see produce in terms of all aspects. The book, set designs, songs, costumes and puppets all were proof that it deserves the title of the 3rd longest-running Broadway show. Although, if you want to have the best viewing experience, it is recommended to book seats from the front half of the arena.

The Lion King Musical will run till Sunday 12th January 2020 at the AsiaWorld-Expo. Get Cheapest the Lion King Tickets from Tickets4Musical.com for booking your favorite seats. Stop delaying and order your tickets now before they sell out.