Techolac
HomePhonesIs it safer to use financial apps for iOS than Android?
Phones

Is it safer to use financial apps for iOS than Android? 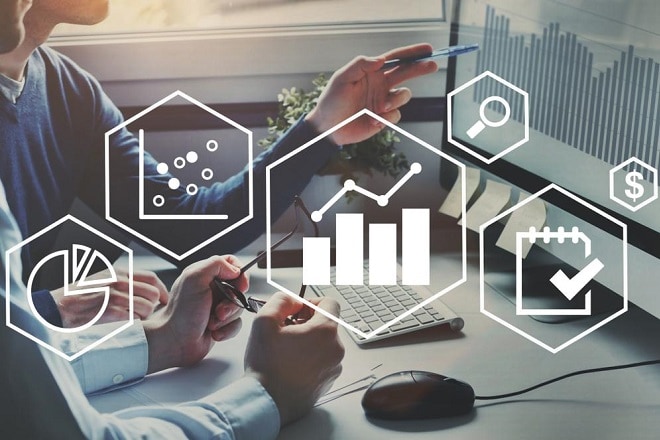 Apple and Google have been in a continuous battle since 2007. Since the launch of the smartphone platforms Android and iOS, both firms have attempted to use their multibillion-dollar multinational brands not only to sell more phones but also to be the one that helps -people manage their work and personal life.

Although more than a decade of rivalry has resulted in commonalities between the two platforms, there are still enough variances to leave business users wondering: which is better for the finances, Android or iOS?

Android vs iOS = PC vs Mac

It is simple to compare the decision points between iOS and Android smartphones to another, much lengthier comparison between purchasing a PC or MAC. Both selections are based on a variety of variables and unless you are dead bent on doing a certain activity, choosing one over the other might be difficult. While it may appear that the parallels between the two comparisons end there, they actually do not.

One of the primary factors that influence people’s decision between iOS and Android is their link to one of the operating systems, ecosystems, or whether they have already created an online presence with Apple’s iCloud or Google’s suite of apps. Because iOS and Android are subsidiaries of Apple and Google, and if you have a Gmail account, Google Calendar, and listen to music on Google Play Music, then the person will most likely choose an Android divide. Similarly, if he/she has an Apple Watch and saves all of their photos on the iCloud, then they will purchase an iPhone.

The way you want to use your smartphone also influences the type of gadget you choose. If you are a freelance cinematographer who bought a high-end iMac to produce footage, you will probably go to acquire an iPhone because its cameras are generally superior to those of Android phones. Even the number of trailers who are using the MAC is increasing, thus many brokerage companies are already offering the new supported version of MT4 on MacOS, which was not supported several years ago, and traders who were using windows system had the access to the platform, Similarly, if you require a low-cost, highly configurable gadget to help you with your continual multitasking, you will most certainly possess a PC and be interested in purchasing an Android phone.

When Apple and Google first started making phones, their hardware designs were as distinct as their companies, with iPhones being as elegant as possible and the HTC G1 seeming more practical.

However, with the exception of a few big variations and showy outliers, most cell phones nowadays appear almost identical to one another. The days of tiny cell phones are no longer with us. The majority of smartphones nowadays have displays that are between 6 and 8 inches in size. The is not to suggest that tiny screens are not accessible. Nevertheless, current trends favor phones with bigger, high-definition screens.

The ability to increase storage is one advantage that Android phones have over their iPhone equivalents. While many new devices come with hard drives starting at 64GB, certain Android smartphones allow users to expand their capacity by using micro SD cards. While it is not a highly popular feature, it is still a viable choice in 2020.

To keep your business phone locked down, you will need a strong security system. The solution, in this case, is not straightforward.

The advantages of iOS security are twofold. Apple has complete control over the whole ecosystem, including hardware, firmware, and software. This implies that every app that appears in the company’s app store is thoroughly vetted, substantially reducing the risk of installing defective or dangerous software.

Furthermore, iOS devices have excellent legacy support, which means that older iPhones receive software and security upgrades years after their initial release. That ensures your device will always run the most up-to-date software with the most recent security updates. The Android platform, on the other hand, suffers from device fragmentation, with dozens upon dozens of smartphones from a variety of vendors on the market.

Each smartphone comes with its own version of Android, which is generally not the most up-to-date. Many flagship smartphones will ultimately be updated to the latest version of Android, although it may take months after the update is officially released. As it varies according to the carrier.

Fingerprint readers are available on all contemporary iPhone models and most Android phones for everyday security. A fingerprint scanner is a convenient feature for employees who want to keep their smartphones secure without having to enter a password or PIN every time they turn them on. You’ll have to double-check to see if the Android phone you select has one.

Finally, you want to know what sort of gadget you should purchase. It is possible to tell exactly what phone to purchase because the needs are so different from others. So the decision should always be made based on how you feel about the phone and how useful it will be in the small business or managing the finances.